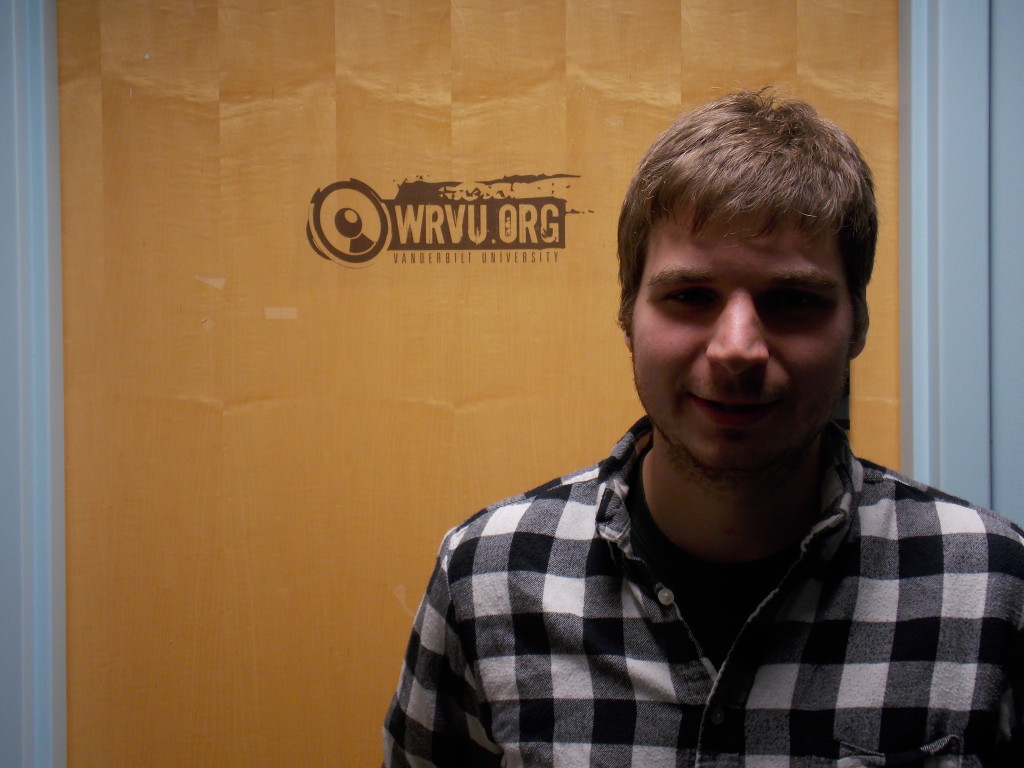 In a few words, what is VU Backstage?

It’s a show on 8 o’clock on Sunday nights this semester, and the goal is really to feature and showcase some Vanderbilt student musicians, student songwriters. We actually have a lot of really good musicians on this campus, but just walking around, you might not necessarily know it. But I’ve been blown away by the quality of some of the songwriters and people I’ve had on since I’ve had it. The format is simply that a band or musician comes on the show, plays four to five songs, and I interview them. They get a recording of it, which we record in Pro Tools. So they get a live recording of them with high-quality mics, some radio airplay, and a little bit of exposure. At the same time, WRVU listeners get to hear Vanderbilt musicians themselves on the Vanderbilt radio station.

Since you’ve gotten to campus, do you feel there’s been a growth in music culture on campus?

It’s hard to say. I wasn’t seeing a lot when I first got here, but this year I am seeing a lot more. Maybe it’s just because I’ve been looking for it more. But the Vanderbilt music scene definitely exists. The Candid is playing Rites of Spring; they’re a Vanderbilt band. They played the show about a month back, and it’s kind of cool to see them on the lineup. There’s also another Vanderbilt band called Space Is Huge, and also Born Animal, whose singer is from Vanderbilt. Both came on the show, both are Vanderbilt groups. It does seem like there’s a lot of room for growth, though, which is exciting.

What kinds of artists do you have on VU Backstage?

I’ll take what I can get. It tends to be a lot of singer-songwriters, simply because it’s easier to be a solo musician. The vast majority of the guests have taken the songwriting classes here. I had one rapper on last week—Curtis Graves, he’s great—and then this Sunday we’re having a punk band. That will definitely be the hardest act so far.

You mentioned that a lot of the artists you had on the show have taken the songwriting classes here. Do you find they have similar approaches to songwriting as a result?

There’s some variation. One week I had someone on who didn’t even write lyrics—he was just playing stuff with a guitar loop pedal and we talked about classical music, and he talked about Bach, which was really interesting. But I think probably the most common approach tends to be that you have some element, and then you try to write around it. A lot of the songwriters I’ve had on will tell me it varies song-by-song, but that’s the one common approach. Having taken the class myself, I definitely see how a lot of songs originate from one musical hook that you write everything around.

Are you planning on hosting VU Backstage next year?

I’m going to try to! So far I’ve not had much difficulty finding artists, just between going to open mic events and talking to friends of friends. And every time I have an artist on I tell them that if they know anyone else who’d like to play, tell them to reach out to me. As long as there doesn’t seem to be an issue finding more and more artists—and we’ll have a new class of freshmen, which will help—I’ll continue it, I think.

What’s your favorite band or artist you’ve had in the studio?

The band Space Is Huge was on a few weeks ago, and that was the first one I’ve done where they had a drummer. Just the fact that there were five guys talking around the mic made my interview a little easier. And combined with the fact that it was a full rock band, that made it one of the most fun.

Do you try to stay on topic with your interviews or will you stray off and take some tangents?

No, I try to go for it. I have to fill about 40 minutes of talking, I’ll take any tangent I can to fill up time! [laughter]

I think I’ve got to go with Neutral Milk Hotel’s In the Aeroplane Over the Sea. I just haven’t listened to anything better than that.

Arcade Fire, I think. Although, I really like White Stripes a lot; in high school I definitely would have said White Stripes, but I think its Arcade Fire these days.

You can tune in to VU Backstage every Sunday this semester from 8-9 right here at wrvu.org.