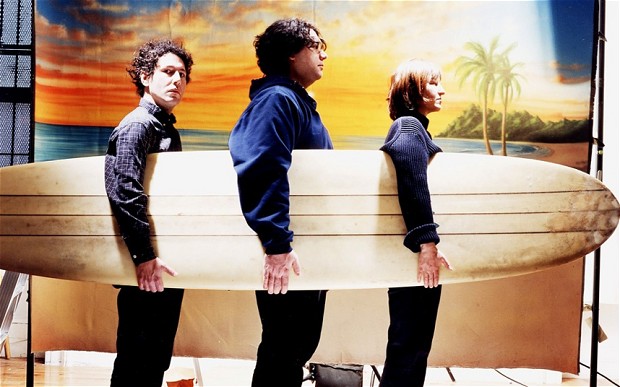 Last Tuesday marked Yo La Tengo’s triumphant return to Nashville at Exit/In with a concert that was likely one of the biggest genre-rollercoasters of a set I’ve ever seen. Through the band’s decades of genre-bending with their largely varied discography, I couldn’t expect the show to be any different, and it didn’t disappoint.

Starting off with the wailing, chaotic “Sudden Organ,” the show was off to an incredible start. The opener was actually probably my favorite moment of the show. That’s not to take away from the rest of the show at all–I just happened to love the choice of opener and found it to be a perfect way to set the mood. Quickly transitioning into “Super Kiwi,” the early bit of the show was on the heavier side for Yo La Tengo before performing a hypnotizing rendition of “Stockholm Syndrome” off of I Can Hear the Heart Beating As One. I absolutely adored guitarist Ira Kaplan’s solo during “Stockholm Syndrome” as the crazy, random distorted guitar contrasts with the sing-songy vibes from the rest of the song.

The most interesting aspect of the show, for me, was the band’s ability to switch between loud and soft songs without a drastic mood change. The volume and styles of the music often changed, but the show was very much a cohesive set, never feeling like it was strained to fit different styles in the set.

After being together for such a long time, one can expect the band to be incredibly cohesive. For me, this quality was perfectly exemplified by the band’s ability to harmonize live. On record, yes, harmonizing can be relatively simple, but performing that well live is another story. Yo La Tengo pulled that off brilliantly, leaving the audience (or at least myself) in awe of their vocal ability. On the topic of live performance, another thing the band did incredibly well was emulate their recordings without sounding sterile and overly-rehearsed. Between the guitar tremolo loop on “Barnaby, Hardly Working” to the random, hectic elbow organ-playing during “Sudden Organ,” the band created a perfect atmosphere, mixing clearly-recognizable sound effects found on their albums with a fantastic live energy.

I can’t wait until I get the opportunity to see a band as honed in and cohesive as Yo La Tengo again. They were able to evoke an amazing energy during both distorted jams and slow, melodic folk-inspired songs, and not every band can pull that off. Hopefully they’ll return to Nashville again soon so that they can once again bring that amazing cohesive energy.