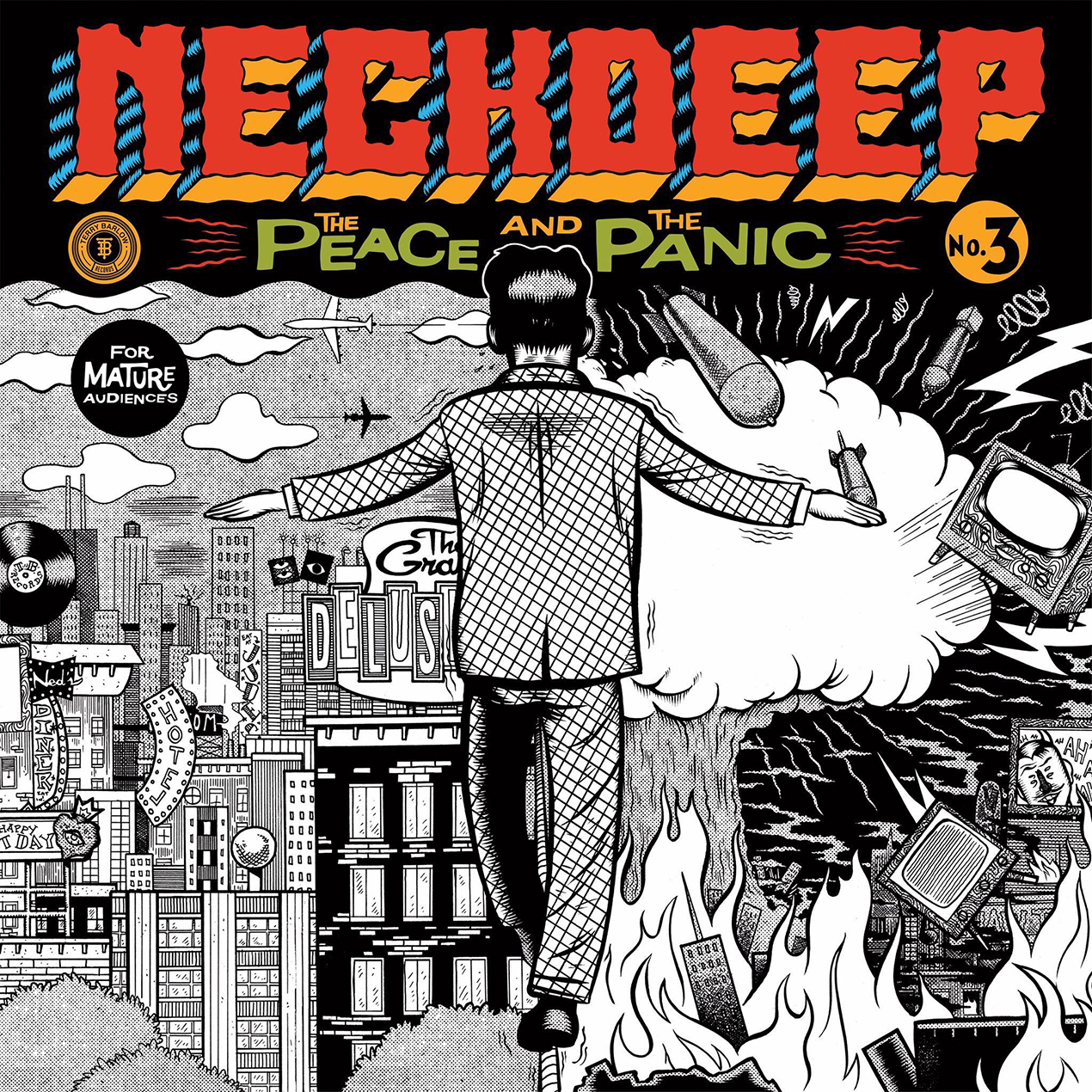 Neck Deep is one of those bands that never fails to impress.  Within the span of five years, they have skyrocketed to an incredible level of fame: between playing main stage at Warped Tour and opening for Blink-182, they have indisputably cemented their name as a pop punk powerhouse.  Upon releasing The Peace and The Panic (TP&TP) this past August, their fan base has continued to expand and dote on their favorite British band.  While some of the tracks on this album are somewhat questionable in nature, TP&TP is, overall, an absolute jam.

Neck Deep went through a lot between the release of Life’s Not Out to Get You (2015) and The Peace and The Panic.  Lead vocalist Ben Barlow lost his father, and Lloyd Roberts, the band’s guitarist, left the band due to sexual assault allegations (which were later proven false).  Resultant of this new, heavily emotional context, TP&TP deviates greatly from the sound and style maintained by the band in previous albums.  The instrumentals are softer, the riffs are more repetitive, and the vibe is oddly reminiscent of early 2000s emo at times.  Change is both essential and inevitable in the world of music, but the turns taken by Neck Deep put me off for a while.

To be entirely honest, I relentlessly hated on this album for a good few weeks following its release.  I hated all the singles (excluding “In Bloom”), and I was devastated that Neck Deep had lost their magic and succumbed to the most cringe-worthy pop punk clichés.  However, maybe two or three weeks later, I snapped out of hater-mode and realized what an incredible album Neck Deep blessed our music community with: the song writing is endearing, Ben Barlow’s voice has improved drastically, and some of the choruses are completely mesmerizing.

The highlights of this album are “In Bloom,” “Wish You Were Here,” and “The Grand Delusion.”  The singles the band released were deceptively pop punk—the rest of this album (or at least a good portion of it) leans towards an alt-rock sound, which may be due to either a stylistic evolution or the new guitarist composing things differently.  “In Bloom” should definitely be up for song of the year, with its above-and-beyond chorus, adorable music video, impressive high notes, and unbelievably catchy lyrics.  The song encapsulates all the best qualities of Neck Deep, and perfectly meshes the qualities of peace and panic that we see so divided on the rest of the album.

“Wish You Were Here” is a heartbreaking acoustic: simple, relatable, and almost uncomfortably emotional. The album’s third track, “The Grand Delusion,” is smooth and extremely satisfying to listen to, with lines like “I think I would rather be anyone else but me” blending the themes of pop punk and emo in a really beautiful way.

Overall, the album could have benefited from more of a punch.  It is not particularly cohesive, but that’s okay with me considering that Neck Deep experimenting with new sounds has worked pretty well from what we got to see so far on this album.  I would give The Peace and The Panic a solid 3.8/5; it was well done and will likely boost the band’s popularity, but it doesn’t come close to the excellency achieved in their previous records.