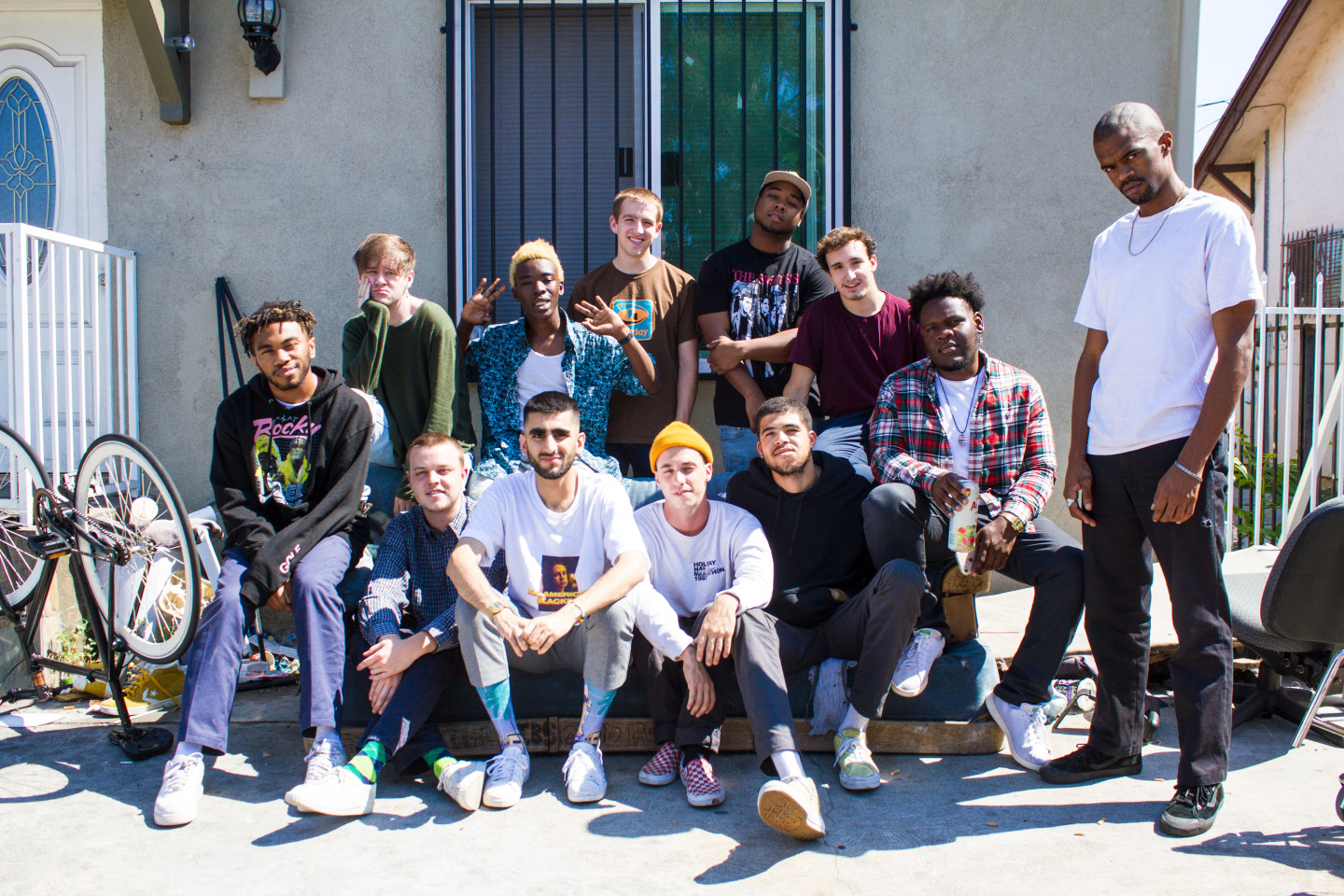 BROCKHAMPTON returned with a bang on their third release, Saturation II, off their own label Question Everything, Inc this past August 25th . The group has a sound as unorthodox as their origin story, the majority of the members having met on a popular Kanye West forum before ever meeting in real life. Coalescing under leader Kevin Abstract and taking up the all-caps moniker BROCKHAMPTON, the group of 15 moved to South Central Los Angeles in 2015 to be the next great American boyband. Following their two previous releases, Saturation II creeps, crawls, and roars its way into your sonic sphere with the youthful energy of a group of 19-23 year old men that have something(s) to say.

In addition to the group’s rappers and assorted vocalists, BROCKHAMPTON also includes music producers, videographers, editors, web developers, and art directors. Working and living together, the multimedia group is able to hone and perfect their hyper-unique aesthetic from every angle. Think Odd Future but more cohesive. The powerful rapper Ameer Vann, one of the group’s key members, is almost reminiscent of a young Tyler the Creator with his haunting, deep drawl and dark, concise lyrics.

For any music video lovers out there, the group’s unique visual artistry is what initially introduced me to the levels of Saturation II’s craftsmanship. Their literally jaw-dropping video for one of the darker tracks on the album, “Junky”, which discusses themes of homophobia, drug addiction, and sexual violence, is done so with stunning personal honesty. The shocking, calculated shots and choreography both reinforce the song’s message and leave the audience simultaneously chilled and empowered. Watch it here:

Saturation II followed up BROCKHAMPTON’s previous releases in a head-turning way, showcasing the energy and diversity of style the group is quickly becoming known for. It starts with a string of high power bangers (“Gummy”, “Queer”, “Swamp”), followed by a sweet string of skits (Scenes), slower jams (like the obviously Kanye inspired “Gamba”), and some surprise high points (“Fight”, “Junky”) as the album draws to a close. The variety of rappers and vocalists carries over a beautifully crafted portfolio of beats by the variety of producers in the group’s ranks- full, rich beats with dark undertones and unexpected flair. The songs “Tokyo” and “Sweet” showcase the non-rapper of the group, JOBA- a Justin Timberlake-inspired beatsmith and crisp falsetto crooner.

BROCKHAMPTON are currently on their first tour, and the day before it began all shows but one were sold out. Supporting their quickly growing hype, they are already advertising their next album which will continue to saturate (ha) the rap scene with their unique power and sound. BROCKHAMPTON is making art for this generation. Kevin Abstract and the new American boyband are truly blazing a trail. Listen here: