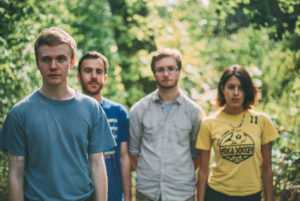 Courtesy of Run For Cover Records

About a year ago, we saw the virality of the #MeToo movement, which led to the dismantling of many abusive and hugely powerful men. The movement felt cathartic; a beacon of hope for a broken system, finally taking steps to begin the deconstruction of hegemonic structures within our society and, hopefully, their resulting inequality. Throughout the majority of the movement, I was largely unaffected by the accusations for I had no allegiances to these men. I felt only disgust for them and I was glad that so many perpetrators of abuse and sexual violence were being removed from their positions of power.

Then, last November, one of my absolute favorite bands at the time became implicated in the movement. Pinegrove’s frontman, Evan Stephens Hall, was accused of sexual coercion and, as a result, the band canceled their upcoming tour and album release. Hall’s statement about the situation was vague and failed to restore my faith in him or Pinegrove. I felt betrayed, so angry that a band that I had dedicated so many hours and dollars to was among these abusers. After Hall’s statement, Pinegrove fell silent, and I found myself unwilling to support their art in light of what had happened.

Since then, new information has been revealed via a SPIN article and a long-form Pitchfork piece that suggests that Hall was misrepresented throughout the scandal and his corrective actions, specifically the statement and cancellations, were made in a state of duress, facing significant pressure from Sheridan Allen of Punk Talks. It is clear that Allen misused her position at Punk Talks and took action that was not representative of the company nor the wishes of the survivor. This new perspective on the scandal has made the conclusions that we are meant to draw more muddled. The situation is complicated and multi-faceted, but I do not think that the new information has absolved Hall.

Learning about the steps Hall has taken towards self-improvement in the last year does, however, make me consider the concept of restorative justice, as mentioned in the Pitchfork piece. To what extent can we reconcile with offenders, if at all? Does that answer change if they have made an earnest effort to rehabilitate and reform themselves, as it seems Hall has? If a creator is “canceled,” are they and their art canceled forever, no matter what the circumstances are? I don’t know. It’s something I’ve contemplated for several weeks, and I still haven’t come to a definitive conclusion. 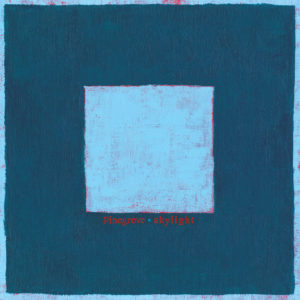 Courtesy of Pinegrove, from Bandcamp.

I did take the time to listen to Skylight, the album that Pinegrove delayed in light of the scandal and self-released on September 28th. I couldn’t help but compare my listening experience to that of the first time I listened to Pinegrove’s debut album, Cardinal. Cardinal is truly brilliant and many moments on that album will stick to my ribs forever, but Skylight didn’t touch me in the same way. Perhaps it’s not as good. Or maybe I just can’t move past what has happened.