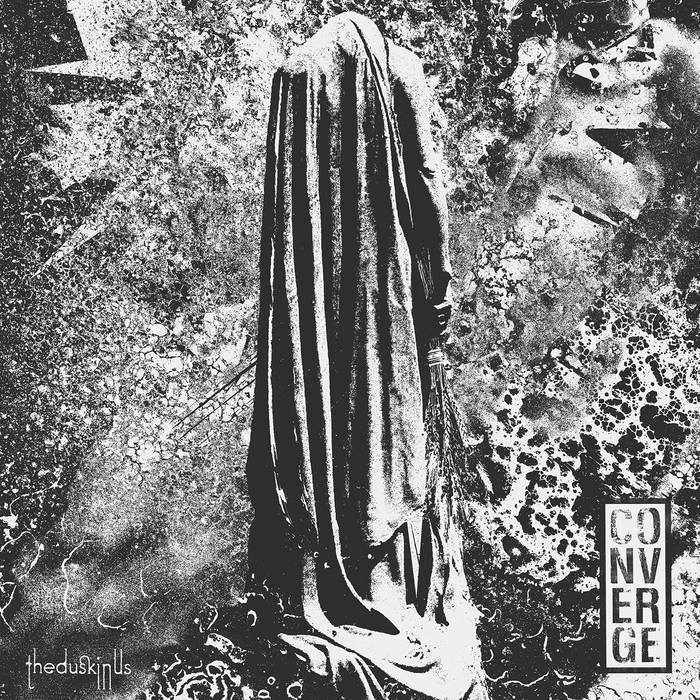 It’s been twenty-seven years since the formation of the seminal Massachusetts metalcore outfit Converge, and twenty-three years since their first album. When bands this heavy and aggressive stay around for this long, the conversation often ultimately slides at into questions of whether or not they’ve still got it, and even if they do still have it, we’re often left as listeners to wonder why we should even still care.

In a 2013 interview with Pitchfork, singer Jacob Bannon was clearly aware of this, saying, “Any time I start to see bands start to age and slow down, it’s sad to me… I know what we do is a young man’s game and I wouldn’t want to try to do it at this level if I really couldn’t – I wouldn’t want to go out there and do a 50% version of what we are as a band.”

Converge handily dispels any such concerns within seconds of their ninth album’s opening salvo, “A Single Tear.” A roaring, emotional opener in true Converge fashion, it stands up to any of the incredible openers off of any number of the band’s most essential records, from Petitioning the Empty Sky’s “The Saddest Day” to Jane Doe’s “Concubine.” The rhythm section is tight and thunderous and guitarist Kurt Ballou’s riffing is as frenetic and creative as ever – which is all to say nothing of the song’s rousing, shout-along chorus of its title. Something else that becomes immediately apparent, too, on “A Single Tear” is Bannon’s incredible vocal range, often going from harsh shrieks to guttural growls within a single breath, and even incorporating half-yelled spoken passages.

What follows is a stretch of almost completely unrelenting intensity, from the modified d-beat of “Eye of the Quarrel” to the mathy madness of “Arkhipov Calm” and the snarling lead singles – the mid tempo noise-rocker “Under Duress” (which features a startlingly melodic and catchy chorus) and the seething “I Can Tell You About Pain” (featuring a sick ending breakdown whose catharsis is reminiscent of the breakdown in “The Saddest Day”).

“The Dusk In Us,” a classically-Converge, emotional, experimental title track – and the album’s undoubted centerpiece – offers a reprieve in terms of volume and speed, but certainly not in intensity. Bannon mutters over a moody chord progression draped in howling guitars in the background. In one of the album’s most shiver-inducing moments of emotive beauty, the instrumental swells to meet Bannon as he somberly sings as if to his younger self, “Dear frightened little boy, it’s time to rise above all of their noise.” A tender bed of guitars and reverb eventually builds into a cathartic wall of noise as the track reaches almost shoegaze-worthy levels of distorted beauty.

At almost seven-and-a-half minutes, “The Dusk In Us” is almost twice as long as the next longest track on the album, but not a second feels wasted, as the band expertly wrings out powerful emotion at every turn in the epic slow burn. This is just one moment where the band’s hard-fought maturity as an ensemble comes to light, their songwriting prowess having reached levels of technicality and brilliance that few bands manage to ever achieve.

Following the trend of expert pacing that pervades the entirety of Dusk, the eponymous song is closely followed by two more classic ragers in “Wildlife” and “Murk & Marrow,” the latter of which especially showcases Converge’s signature raw-nerve intensity and wrath.

What follows is one of the album’s biggest standout tracks, “Trigger.” This song finds Converge in a Jesus Lizard-esque headspace of riotous noise rock, draping a wailing guitar line held constantly at the verge of feedback over a seething bass line and absolutely primal drums. Bannon offers a bit of seasoned wisdom, too, in the momentary clarity of the chorus – “The world’s a trigger seemingly without end / You have to bury the gun to finally make sense of it.”

With The Dusk In Us, Converge has once again concocted a near-perfect maelstrom of hardcore punk intensity mixed with math-y, metallic mayhem and a bleeding-heart emotional core that few bands, present or past, could ever hope to match.