Raw, emotional, expansive, monumental, dynamic: all words to describe an era of classic rock that has seemingly come and gone. Although recent musical acts have channeled the soulful ten-minute-long guitar jams of the classic rock movement, none have transcended and embraced the purity of the music heard decades before.

That is until Greta Van Fleet, a rising music powerhouse on many a music fan’s radars, entered the scene with an unexpected raucous. Since first releasing “Highway Tune,” the band of young Michigan rockers has been relentlessly churning out thundering tracks. However, with the latest October releases of songs like “Anthem” and “Lover, Leaver,” the band’s future is in question more than ever in regards to their creativity; is Greta Van Fleet a unique interpretation of the classic blues rock genre relevant to our modern times, or is the band a mere imitation of acts like Led Zeppelin? 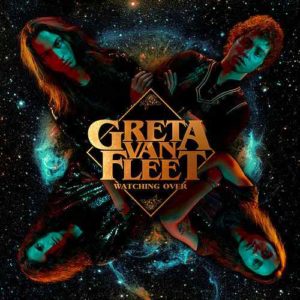 When comparing the two, the similarities are eerily evident. Frontman Josh Kiszka’s high tenor vocals clearly bear a striking resemblance to Led Zeppelin’s Robert Plant and his unique belting voice. Greta Van Fleet’s “Safari Song” and Led Zeppelin’s “Good Times Bad Times” are arguably the same, just with slight variances. In the verses, both singers croon to a mysterious woman with lyrics reminiscent of southern blues, and in the refrain, they riot with powerful resonating shrieks of raw energy. The guitarists embrace rambling bluesy drawls in constant melodic duel with the vocalists, and the bass line loses no ground. Behind it all, the drummer’s relentless power creates an expansive, larger-than-life sound. Without distinguishing between them, it would be nearly impossible to say that two different bands played each song.

Robert Plant commented on the young musicians’ sound, saying “they are Led Zeppelin I” and that frontman Kiszka “borrowed [his voice] from somebody [he] knows very well,” in reference to Plant’s own easily identifiable vocal style. Several critiques of Van Fleet acknowledge not only the vocal twins but also the similar rhythmic instrumentalism and rock techniques used by each of the other band members. Does this mean Greta Van Fleet is simply a rip-off of Led Zeppelin? Are they only redoing what the great rock group of the seventies already accomplished? Is “Highway Tune” just an imitation of Zeppelin’s “Immigrant Song”?

Rather than directly mimicking  Led Zeppelin’s sound, Greta Van Fleet traces the same intoxicating influences that shaped older rock groups and finds a niche in the purely emotive sounds of the southern blues. By learning from reputed masters like Robert Johnson and Howlin’ Wolf, Greta Van Fleet arrives independently to a tone reminiscent of Led Zeppelin, a band who themselves drew a relevant inspiration from the American South. Zeppelin’s “Lemon Song” is taken directly from Robert Johnson’s “Traveling Riverside Blues” and Howlin’ Wolf’s “Killing Floor,” as evident through lyrics like “squeeze [my lemon] till the juice runs down my leg.” Arguably, Led Zeppelin’s originality can give great thanks to less recognized blues musicians, so it is unsurprising that two bands with the same muses found the same tonality. Instead of looking at Greta Van Fleet’s conspired imitation of Led Zeppelin, perhaps the original vision of blues artists that sparked both bands’ rock revolutions should be highlighted with more vigor.

Whether the continuous comparisons to Led Zeppelin will diminish Greta Van Fleet’s refreshing dynamism is yet to be seen. With the band’s new October release, however, there is hope that Greta Van Fleet will distinguish itself further as a unique entity and not a mere knock-off of past rock groups.