As many of you may already be aware, Australian musical artist Sia recently released a rather controversial video for her song Elastic Heart. Like her previous hit Chandelier, Elastic Heart featured twelve-year-old dancer Maddie Ziegler of Dance Moms fame. The video depicted Ziegler dancing alongside actor Shia LaBeouf. Almost immediately after its release, the video came under fire due to accusations of pedophilia and abusive overtones. The bulk of this criticism stemmed from the fact that LaBeouf and Ziegler both danced in nude clothing while “trapped” inside a cage. 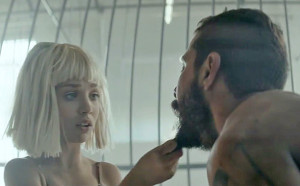 Now, Sia has responded to these accusations on two fronts. First, she apologized to anyone who may have been offended or upset by the article. Sia tweeted “I apologize to those who feel triggered by #ElasticHeart My intention was to create some emotional content, not to upset anybody”. That being said, she also was sure to explain that the video itself was meant to visually represent two different versions of herself which battle against each other. Additionally, she stated that despite the controversy, she still felt that Ziegler and LaBeouf were the only two people who could appropriately convey these two conflicting mental states.

Personally, I feel that audiences have grossly overreacted to the video. Even the most cursory viewing of the video shows that Ziegler is always in control. As a matter of fact, LaBeouf is repeatedly attacked by Ziegler but he never once tries to hurt her back. It is extremely clear throughout the entire piece that LaBeouf’s persona means Ziegler no harm and there are strong undercurrents of an almost paternal love. The conclusion I would therefore have to draw in this instance is that some people are just looking for controversy. While Sia’s video is meant to be evocative and raw, there is no true basis within the video for the critiques leveled at it.

If you’re curious to see what I’m talking about, check out the video link below: