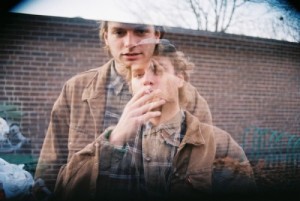 I’ve come across a lot of new music through a few friends of mine. “New” of course is quite relative, since for the most part the songs I’ve discovered were released months or years ago. The genres vary greatly, artists have little in common, but all give off excellent vibes and are all tunes that I would highly recommend to others. Without further ado, here are the top five artists I’ve been enjoying the past couple weeks.

Credits to my roommate for introducing me to this masterpiece. Their album Elektraphone was available free for download a few days ago and so I took the opportunity to listen and got a pleasant surprise. The album was released in 2011 but sounds as fresh as anything that’s been produced recently. Their genre is predominantly electronic with a world/fusion mix. Formed in San Francisco, they are comprised of members with eclectic music training whether it be from dulcimer expertise, professional studio drumming, or a solid jazz influence. I would describe the music a little bit of belly-dancing at nightclub. In any case, my favorite song off the album is “Cat Skillz” as seen below.

This was actually on primary rotation and has been there for a while. I picked it up on a whim and have fallen in love with it ever since. Their self-titled album is full of energetic, happy, good-to-be-alive types of songs. Being from Australia and near the beach, many of the songs have a very relaxed tropical vibe to it as well. San Cisco shares their record label with The Black Keys, Dinosaur Jr., and Spiritualized, which lends itself to major credibility. Check out “Fred Astaire” for a good representation of San Cisco’s sound.

I’ve never been a huge fan of indie folk, but this band my change that. They have been around for a few years now and have played in popular festivals such as Coachella, Lollapalooza, and Bonnaroo. I became aware of their album Palomino and was fascinated by their unique sound and artful instrument work. I would describe them as a newer, fresher bluegrass. Their music is best enjoyed driving down a highway or long country road or just jamming in your room.

They just released their album “Two” via Soundcloud and it is magnificent. They were active from 2001-2002 and have been credited with being one of the original experimental emo bands out there. They started back up again in 2012 and I’m glad they did. Since the term “emo” may have negative connotations, garage is a better way of describing their music. The members of the band have several associated acts such as Owen, Cap’n Jazz, and Joan of Arc which are also all worth checking out.

With a genre that is described as “slacker rock” it’s hard not to enjoy Mac’s relaxed, dreamy tunes. His album “2” is amazing and a must-listen. However, he is due to release his latest anticipated work “Salad Days” on April 1st which I am incredibly excited about. I would describe his music as inspired by Velvet Underground and early Weezer. The guy is quite the character and has been known to have “raunchfests” at his concerts complete with nudity and other vulgar actions. Well, he’s coming to Nashville in a few weeks so I’m looking forward to seeing if this stereotype holds true.