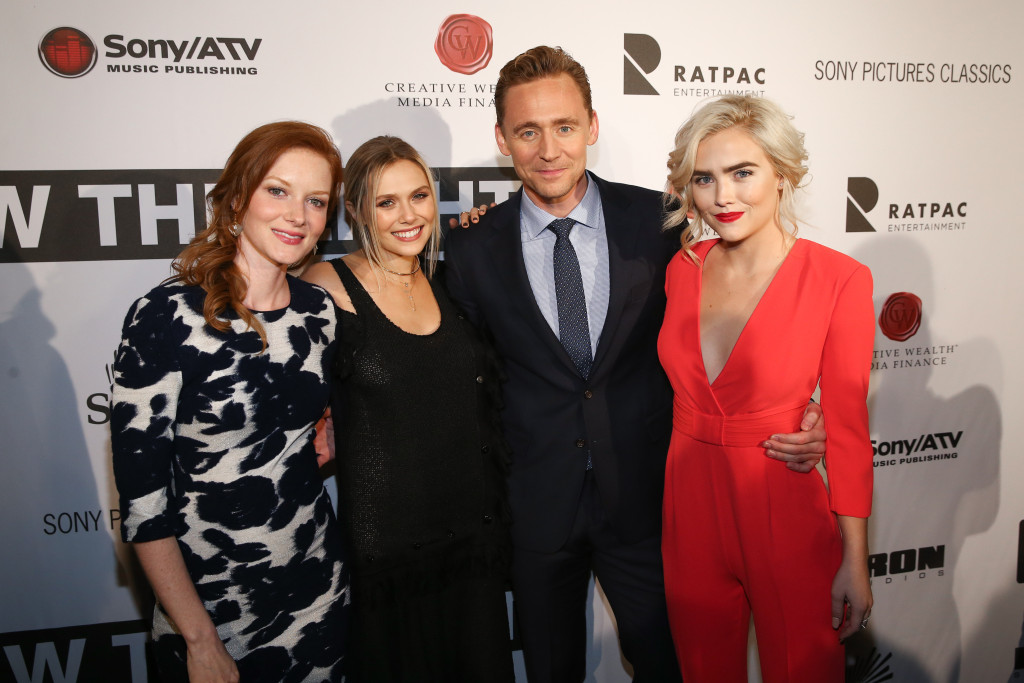 Just this past Saturday, the biopic I Saw the Light was presented at the Belcourt Theatre. The movie follows the life of famed country music star Hank Williams from his marriage to his first wife Audrey through his untimely death in the back of his car on his way to perform in Canton, OH. Given the iconic status Hank Williams occupies in the realm of country music it is no surprise that I Saw the Light was screened here, in the home of country.

Starring in the film are Tom Hiddleston (Hank Williams) and Elizabeth Olsen (Audrey). Hiddleston’s position as a British actor lead me to develop some doubts about his suitability to portray such a quintessentially southern U.S. form of music, but in the end that only made his performance that much more impressive. Thanks to some lovely people over at Allied Integrated Marketing on behalf of Sony Pictures Classics, WRVU was afforded the opportunity to go and experience this event firsthand.

The event began around 6:00 PM with the arrival of country stars Cherish Lee, Jamie O’Neil, and Rachele Lynae. Each of them took the time to walk down the red carpet (which in this instance was actually green) and they each took a moment to answer questions from the press lining up alongside the carpet. I got a moment to ask Lynae about how she felt about the performances of the actors within the film. Although I’m uncertain that she had seen the film yet, she explained that she had the utmost respect for actors who could hold their own musically on camera even though it does mean that we don’t get to hear the original performers. She seemed genuinely excited for the screening to begin despite that one reservation, which I feel is definitely a legitimate concern. We all heard the critiques behind Les Mis when that movie came out.

Slowly but surely more actors began to show up and make their way down the carpet through the press. For reasons of efficiency, I teamed up with Hettie White from NashTV in my interviews. By doing this we managed to get a better pool of material. Also, she was just really nice.

Throughout the course of this event I was afforded the opportunity to talk to Rachele Lynae, Josh Brady, Wes Langolis, Casey Bond, Michael Rinne (the four ‘Drifting Cowboys’), Bradley Whitford (Fred Rose), Maddie Hasson (Billie Jean), Wrenn Schmidt (Bobbie Jett), Elizabeth Olsen (Audrey Mae Williams), Tom Hiddleston (Hank Williams), and Marc Abraham (the writer/director). Without fail, all of these individuals were polite and engaging people. My photographer was a huge fan of Whitford, who was perhaps the nicest out of all of them, agreeing to take a picture with her. 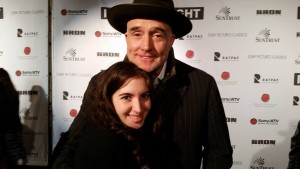 There appeared to be an almost universal admiration for Hiddleston and the way in which he pulled off this particular performance. Almost every other actor mentioned something about what they either learned from or admired about Hiddleston. Drawing from this, I have to assume he’s not one of those terrible actors to work with. Or at the very least, if he is he is doing an amazing job of covering it up.

Olsen and Hiddleston were the last two interviews I had. Olsen discussed the enormity of difference between this role and the one she held in Avengers “they don’t even exist in the same universe for me”. Her goal at least for Audrey, she said, was to bring a certain degree of empathy to her character. “I wanted to fight for her,” Olsen said.

Anyone who’s aware of the reputation of Audrey Williams knows that this was no easy feat, but somehow Olsen managed to pull it off.

By the time I had the opportunity to talk to Hiddleston it was well past time for the screening to begin, so all I asked him about was what it was like to play this iconic country star despite his national origin. Surprisingly enough, Hiddleston had a very specific response.

“Well, I suppose the biggest struggle of all was the yodel in lovesick blues. If I’m going to be completely honest, there’s a time in a man’s life when he is called upon to yodel. And for some of us it comes later than others, and for me it came when I was thirty-three years old. So just actually singing the songs in the way that Hank sang them, with just the freedom and the complete lack of inhibition with which he sang them but also with the technical precision. It was a mixture of like having some kind of technical control but also singing with the attitude, finding the charisma in the way that he sang those songs. That kind of work is the best kind of work.”

Once Hiddleston was finished with his interviews, everyone went inside and waited for the movie to start. It was given a brief introduction by both Abraham and Hiddleston, and then was put on screen. It was an hour later than scheduled.

The movie itself was absolutely beautiful, with stellar performances all around. Hiddleston’s singing as Williams was absolutely amazing. The one critique I would mention, however, is that the plot of the movie dragged on. I Saw the Light lasted over two hours, and ultimately lacked the kind of conflict that keeps movies engaging for that time period. There was a constant degree of conflict with Williams and the women in his life, mostly based on his womanizing ways and his drugs, but there was no major conflict to move along the plot. Part of this can be attributed to the fact that this was a biopic and therefore had to remain faithful to the actual life of Williams. It was beautiful however, and it did achieve what Abraham had earlier articulated as his goal for the film. “If they love it, it’s great, but have some reaction to it, something visceral.” You bore witness for those two hours to all of Williams’ life-the good, the bad, and the ugly. 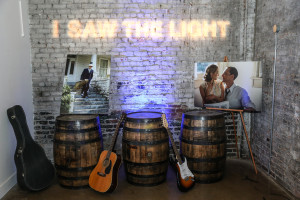 The after party was held immediately following the screening at Acme Feed & Seed off of Broadway. It was an opportunity for attendees and actors to mingle together and celebrate the film. Hiddleston gave a surprise performance at the party, yet again playing Hank Williams as he performed Williams hits such as “Move It On Over” and “Why Don’t You Love Me”. He was called back onstage for an encore where he performed more Williams classics such as “Hey Good Lookin'” and “Jambalaya”.

Overall, I’d say that the screening was a success. While the film was lacking in some areas, in my opinion it more than made up for these issues in artistic ability. Both the acting and the cinematography were stunning and well worth seeing.

Tl;dr: I Saw the Light is a beautiful movie, that while slow, was ultimately well done.