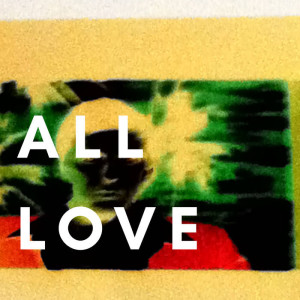 Rap’s vitality has always been a condition of it being dynamic; rappers come up, styles are birthed, stolen, recycled and then tossed aside. The new stuff rises to the top while remaining indebted to the old at the same time. The resultant mixture is perfect, in a sense, as both listeners and rappers are constantly kept on their toes, and new sounds are abundant. If only someone would come around ever once in awhile and offer some perspective and observation on rap’s current sounds, lyrical trends, and subject matter though.

Kool A.D.’s new project, All Love, is essentially an observation on rap’s current sounds, lyrical trends, and subject matter, and features him delivering some pretty based freestyles over some pretty recognizable beats from recent/hot/great tracks from the past year. It’s a comment on rap. It’s a well-orchestrated meander through both life’s problems and physical/spiritual beauty. It’s essentially a golden era Mixtape Wheezy tape, if Lil Wayne was listening to 2015-2016 trap on the radio and was reading Herman Hesse and Lil B at the same damn time. Ya’ll remember how Wayne would hijack people’s songs and rip ’em apart or whatever? Well Kool does essentially the same thing, yet I wouldn’t say he hijacks the beats–that’s really too aggressive, and this album is all love; it’s more like he co-opts the beats. The album opens with “Truth & Conscious” which has him rapping “Free Palestine,” among other things, over the “Panda” beat, while other songs like “No Charge” and “Poetic Technology” show him swiping the beats from Future’s “No Charge” and Young Thug’s “Big Racks,” respectively. He brings some interesting stuff to the songs too, such as how in “No Charge” he somehow injects even more dead-eyed seriousness to the somber beat, a beat that had already housed a very burnt out, real tired sounding Future back in January.

What I really love about this project is that he’s rapping, and he’s also rapping about rapping (which a lot of rappers do, I guess), so if that sounds fun to you then you should like this lil album. I mean, “Beautiful Day” is basically a classic, 90s G-funk vocoder reflection on every classic, 90s G-funk vocoder song ever (this is unrelated but do y’all remember when someone said Tupac stays rhyming “Hennessy” with “enemies,” that was hilarious). Kool raps about palm trees, smokin, cookouts, goons, subwoofers, threats to take you out, says stuff like “What else, oh yeah, plus fuck cops,” the Bay, and just how beautiful the day really is. Because the days in the Bay really are beautiful, man.

The thing is, Kool recycles lines and repeats himself because repetition is the path to greater understanding; he says stuff and it means things–more than one thing, which is crazy and cool. He might hop on the “Twist My Fingaz” beat and say, “Imma get my yaper correct” like he does in “This Money” and he might be talking about capitalism (capitalism man….) and also, you know, actually making money (everyone needs money man…) or in another line he might state something such as “I feel like I’m pretty secure in my masculinity like Young Thug be” like he does in “Workin” or he might mention how “There will never be another you” which is just true and real.

I don’t get to write much about Kool A.D. and it’s hella fun so I gotta make a quick list ranking things about him that I find nice, no order of course:

1. His jokes and writing 2. His art (music or physical) 3. His tweets 4. His commitment as a father 5. His attitude, man 6. Him making rapgenius.com fall back, that site’s really trash

Another one of the nice things about Kool A.D. is his willingness to both contemplate on art forms like rap and also actively participate in it. Because contemplation alone is great and all, but participation is wild. Action is wild. Socrates contemplated and acted, and also stood up to that trial in Athens, which is real as hell. Anyways, beyond his contemplation, there’s also the sheer joy and fun of hearing him get on these wonderful beats, which I enjoyed, personally. My favorite tracks are “All Love” and “Beautiful Day.”

Shouts to Kool A.D. tho and shouts to love, and family and friends and Diddy Boppin, and the Bay.