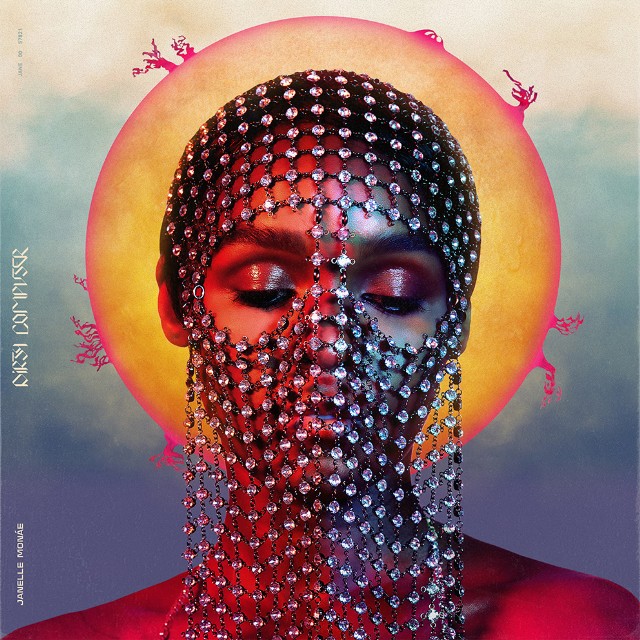 “I actually had this title and concept before my first album, The ArchAndroid. It scared me because I knew that a lot of the things I needed to say were very deep, very personal, from the heart. This is an album that will give you the opportunity to get a closer glimpse into my mind.”

“Make Me Feel” is an 80’s-infused funk pop song featuring Monáe’s voice over a bold synth line. The single’s vibe is reminiscent of Prince’s iconic single “Kiss”–and for good reason. Monáe told BBC Radio 1’s Annie Mac that Prince had a heavy hand in the making of Dirty Computer, saying, “[He] actually was working on the album with me before he passed on to another frequency, and helped me come up with sounds.” Prince quite literally gave Monáe the song’s signature synth line.

The accompanying music video includes prismatic visuals and a feature from Tessa Thompson, who some speculate may be Monáe’s girlfriend. Monáe has avoided questions regarding her sexuality for years, but continually plays with androgyny and fluidity in both her fashion and her music’s themes. Like her single’s muses, Prince and David Bowie, Janelle Monáe communicates through her art–with room for interpretation. “Make Me Feel” features two love interests, Thompson and an unnamed male character, with Monáe symbolically running back and forth between the two at one point. Others point to her use of “bisexual lighting,” or dim lighting with blue and pink elements, to convey her song’s underlying message of sexual fluidity.

Monáe’s second single,”Django Jane,” features Monáe rapping about both the political and the personal over an orchestral instrumental. Much of the song celebrates women, with lines like, “We gave you life, we gave you birth/ We gave you God, we gave you Earth/ We fem the future, don’t make it worse.” She also condemns “mansplaining” with a literal reference to Eve Ensler’s famed 1996 play, “Hit the mute button/ Let the vagina have a monologue.” “Django Jane” is not as infectious or radio-ready as “Make Me Feel,” but I doubt that was Monáe’s intention.

“Make Me Feel” and “Django Jane” are wildly different, but equally exciting as we anticipate Monáe’s April release.