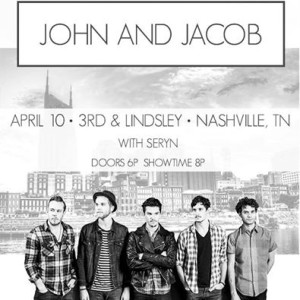 “You better dance with us, even if it’s bad” John and Jacob said to a friend and I before the show. Apparently the whole crowd overheard this as swing dancers were in full motion by the first note of their vibey, fun music and they didn’t show any signs of slowing down. As the night went on, John and Jacob decided to share a little secret with us. Having an album all recorded and ready, they were only missing a release date. They decided what better way to release an album than exclusively to this Nashville crowd that night. The album is not available to anyone other cities or states right now except Nashville showing John and Jacob’s love and thankfulness for the supportive Nashville crowd. 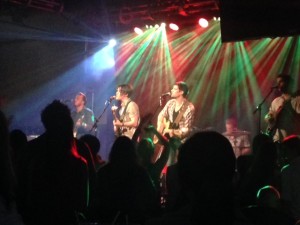 Starting with some songs off of their self-titled EP, they went through a wide mix of songs showcasing their evolution as a band. One of my favorites, that I had never heard before,  was a song called “Sparkle” that was one of the first songs they wrote together. Hailing from Birmingham, Alabama, I can just picture them skipping classes and hiding out in the old band room writing “Sparkle” along with many other songs that eventually brought them here to Nashville.

It was evident that John and Jacob were living for this moment as they frequently mentioned the album and then quickly apologized for gushing about it again. They proceeded to play through songs off of their EP and their newly-released album, songs from way back and also new songs that were too new to even be included on the album.

The acoustic guitars, perfect harmonies, and back porch feeling gave the audience a reason to dance and live the night out with John and Jacob. 3rd and Lindsley provided the perfect cozy atmosphere for the soulful band and open audience. Everyone became fast friends, partially attributed to the relaxing music but also the countless bottles of beer pressed to the listeners lips.

After the show ended, John and Jacob hung around to sign CD’s for every single person in the audience that wanted one thanking the audience profusely for coming and for their persistent support. It was a night to remember in this neon lit, small town.