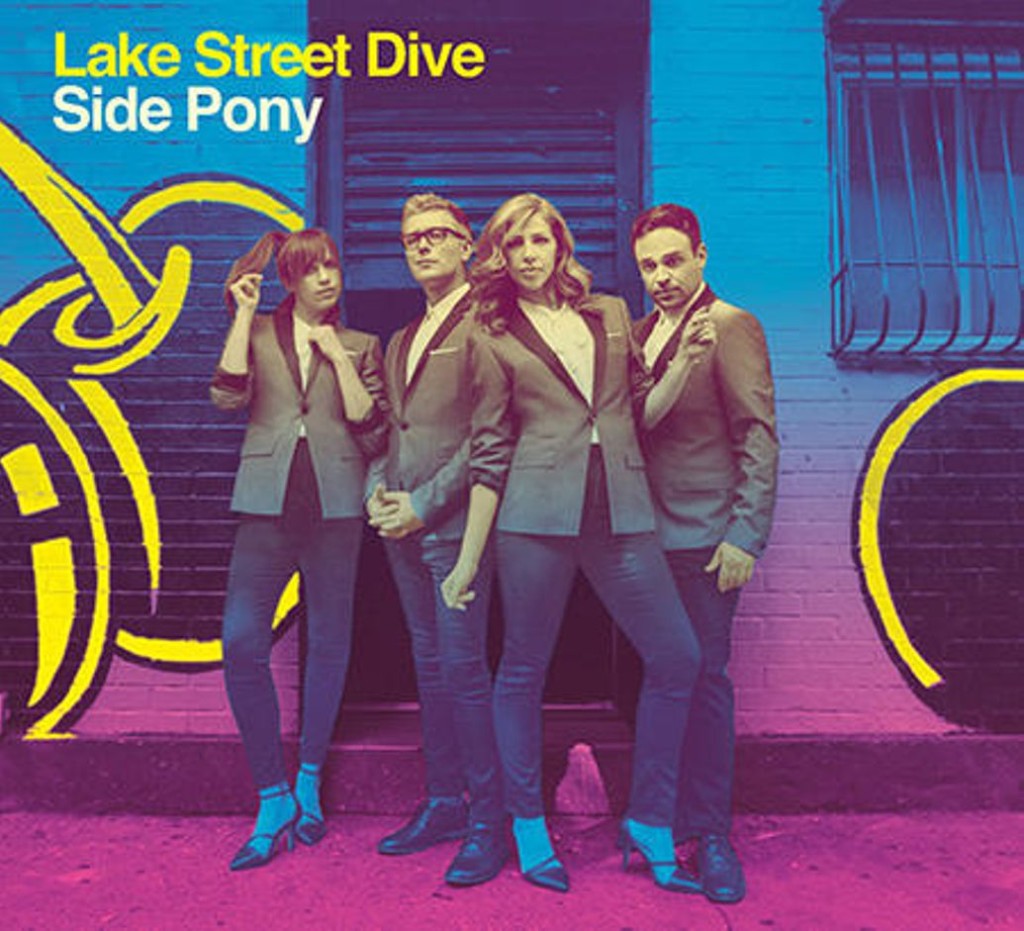 Lake Street has deservedly skyrocketed in worldwide fame ever since their live, stripped-down cover of the Jackson Five’s “I Want You Back” filmed on a Boston street corner went viral. Mixing old-school pop with jazz, blues, and soul influences, the group caters to the indie pop-rock loving fan who loves a taste of nostalgia in their ears.

The band’s self-titled debut album, released in 2010, was enjoyed by critics but did not break well into the nostalgic indie pop-rock. Following their viral video release, Lake Street Dive dropped “Bad Self Portraits” in February 2014. The album was met with critical acclaim and greatly increased their fan base, due to television appearances on late night shows such as The Colbert Report and The Daily Show. 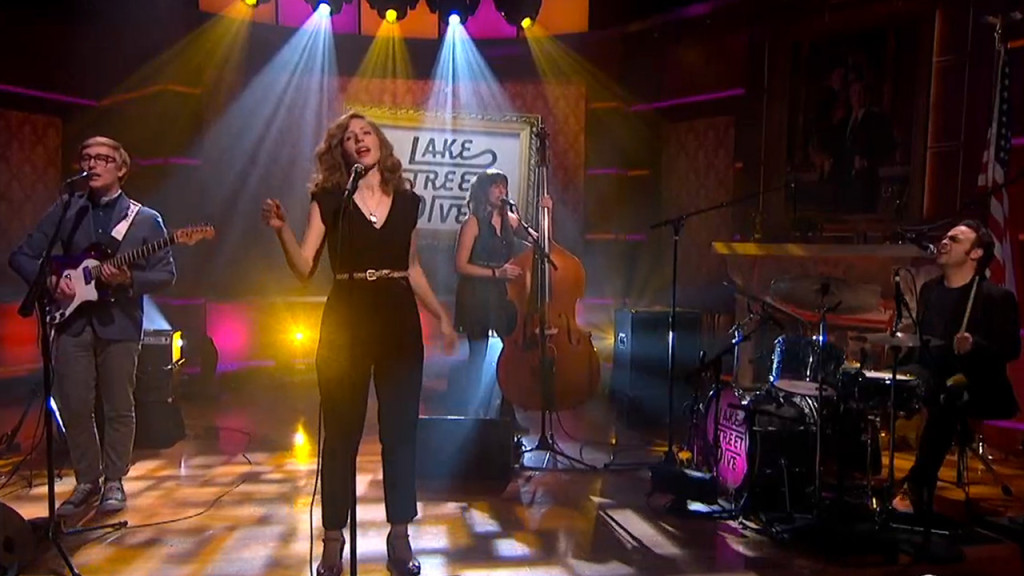 Courtesy of The Colbert Report

My first experience with the band was their Colbert Report appearance. I was hooked by lead singer Rachel Price’s pure, sultry, inspired tone, by how bassist Bridget Kearney’s plays stand-up, by Mike “McDuck” Olson’s doubling of electric guitar and trumpet, as well as Mike Calabrese’s old school yet fresh drum fills. But most of all, I was lost in the group’s four-part harmonies. I saw them in Nashville in November 2014 at Cannery Ballroom, and I was mesmerized. Lead singer Rachel Price excited the crowd not only because of her tremendous vocals but also because she is a Hendersonville native.

The group’s latest album entitled “Side Pony” is a very fun continuation and experimentation on their earlier sounds. It is the first album from their record deal with Nonesuch. “Godawful Things” begins the album with a driving, more produced, yet old-school pop sound. The members’ voices support Rachel’s right off the bat with arranged background lines. The next track, “Close to Me,” is a slower jam more similar to the “Bad Self Portraits” sound. “Call Off Your Dogs,” the album’s first hit, has a strangely catchy melody and interesting instrumentation. It is apparent the group has been able to experiment with the studio more through Nonesuch. It may be because local station Lightning 100 has been playing it about once an hour, but it isn’t my favorite track on the album.

“Spectacular Failure” is one of the more poppy tunes on the album, but it is also one of the catchiest. It has a great Motown feel. I saw the group perform “I Don’t Care About You” when they opened for Grace Potter at Ascend Amphitheater last semester. Written by Calabrese, it also draws from Motown and soul influences. “So Long” is a beautiful ballad, showcasing Rachel’s masterful talents. “How Good It Feels” is a nicely slow segue into the next two light and fun tracks, “Side Pony” and “Hell Yeah.” The energy the band brings to these more simple tracks is infectious, despite the one-dimensionality of the compositions. The tenth track, “Mistakes,” is probably my favorite. Slow and beautiful, the listener is hooked by the opening trumpet line.

The group will be opening for Dave Matthews Band in August. Be sure to check out their new (and old) Tiny Desk Concert.