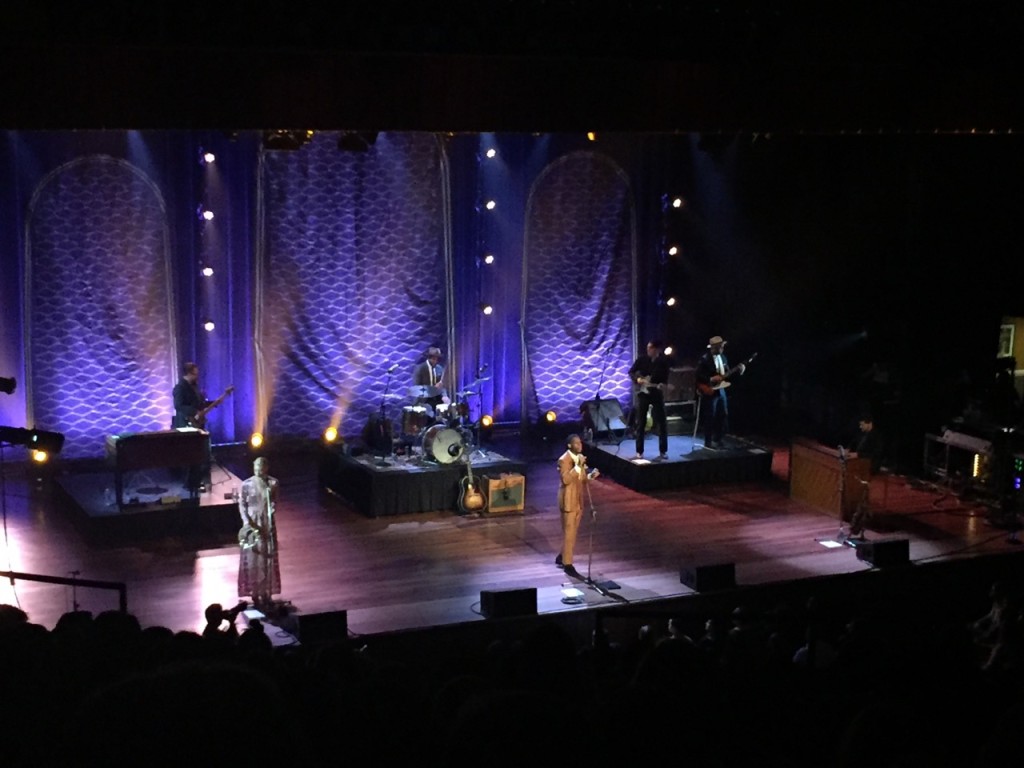 After selling out Marathon Music Works in October, contemporary 1950s-soul artist Leon Bridges was back in Nashville last night at a sold-out Ryman Auditorium. The crowd surprisingly consisted of all ages compared to the Marathon Music Works show, which was a glaring majority of young couples. The ability to sit down in pews likely contributed to the older crowd’s attendance, and there was also the benefit of not having to watch hundreds of couples slow-dance and make out to Leon’s jams. In general, as my friend astutely commented, “There are a lot of good hats tonight.” Leon’s vintage style permeated the crowd, transporting us to the 1950s.

Son Little, another Lightning 100 artist, opened for Leon Bridges, which was a great choice for his similar, 12-bar blues jams. While I enjoyed the exposure to his music besides the Lightning 100 hit “The River,” I couldn’t help but think his music was a little too similar. He opened with his hit and played slower tunes in between before closing with a beautiful slow blues, which set the mood for Leon in an intentional way—maybe too intentional. 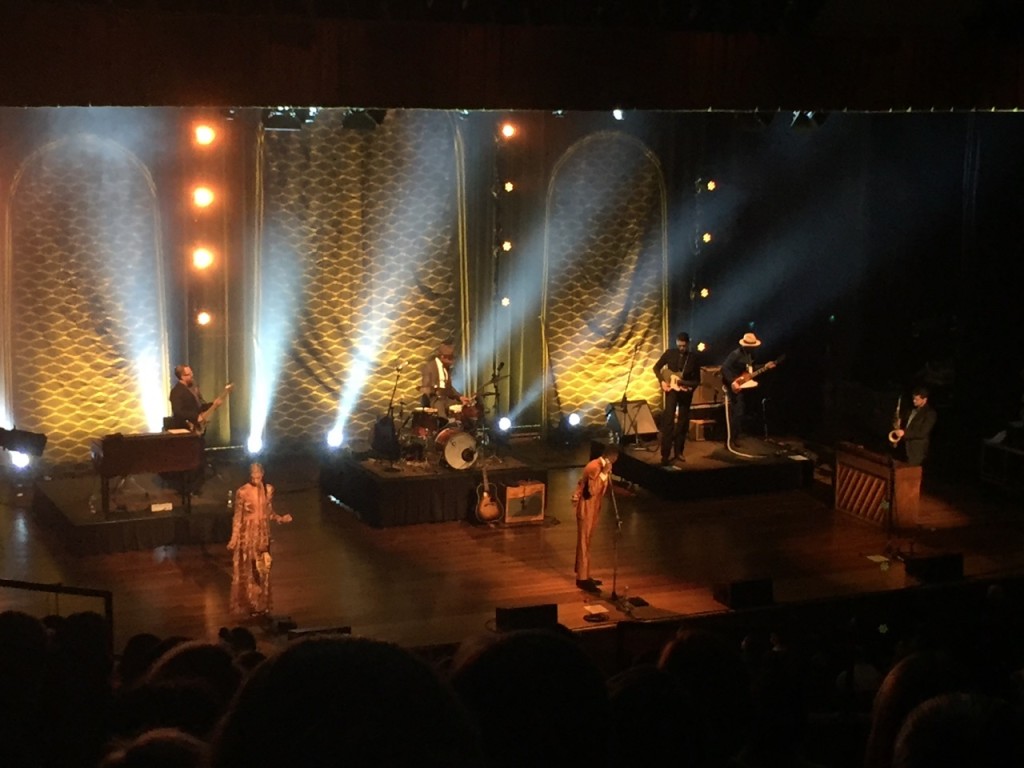 After a 30-minute break, Leon came on the stage with his band, and the crowd erupted. He was wearing an incredible, tailored burnt orange suit, which I decided I wanted very much. He opened with the medium tempo but grooving “Smooth Sailing,” His swagger and excited yet charmingly awkward dancing was infectious, and after the tune he greeted everyone and said he would refrain from talking for most of the show, as it “can be awkward.” He asked people to feel free to dance, and continued the rest of his set. To my surprise, about half of the crowd accepted his invitation.

He played some tunes off of his new deluxe edition of “Coming Home,” like “Outta Line” and “There She Goes,” before returning to old favorites “What Can I Do” and the slower, “Lisa Sawyer.” He added some new tunes as well, and ended the set with a jam on his “Mississippi Kisses.” 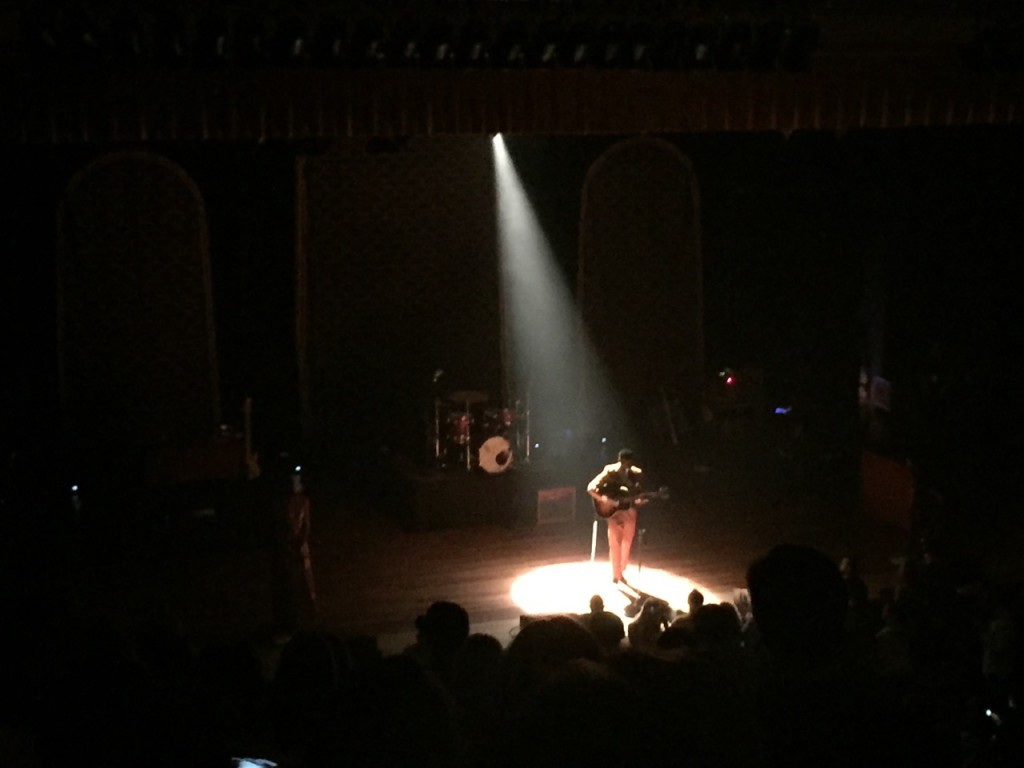 The crowd roared for his return, and his encore consisted of “Daisy Mae,” a new tune, and of course “River.” The tranquil quiet that few auditoriums like the Ryman can create was palpable as Leon, with his acoustic guitar, and his backup singer sang the beautiful song. When the lights came on after the final chord, and after the entire auditorium stood on their feet, some members of the band came on stage to clandestinely snap photos of the sold-out venue. As I left the auditorium, my ears quickly became accustomed to the 21st century sounds that had just for a moment been replaced with an era I had never experienced first hand. But for about one and a half hours last night I came close.