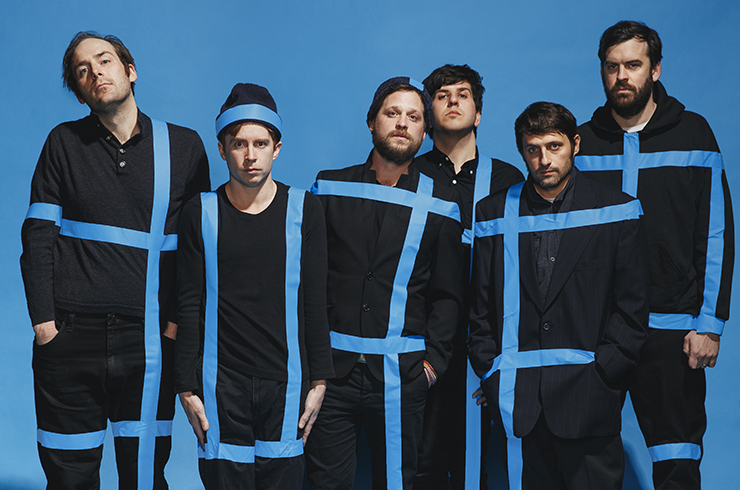 Despite starting out back in 2003 with the album Toothbrush, most music fans know Dr. Dog for its funky fresh 2016 album The Psychedelic Swamp or its mellow, slightly folkly 2017 album Abandoned Mansion.  And if you aren’t a music listener at all, there’s still a 99% chance you’ve heard Dr. Dog’s version of “Heart It Races” from 2007, the band’s most played song that features one of the recognizable, catchiest bass lines.

With this history in mind, it’s difficult to listen to Dr. Dog’s recent 2018 singles without trying to compare them to the Dr. Dog we know and love.  The hint of a new Dr. Dog began with the release of “Listening In” at the beginning of this year.  Similar to previous Dr. Dog music, the track starts off sparse with a simple drum beat before singer, Scott McMicken enters in a low, nearly whispering voice.  Rather than the catchy bass line of “Heart It Races” or the major chords and soaring harmonies of Abandoned Mansion, “Listening In” is dissonant with McMicken singing of hearing voices from animals and the inanimate, repeating over and over “I’m listening.”

The guitar comes in with the occasional notes in a haunting minor key combined with spooky, discordant chords from the keyboard in between. While the direction of the song is vague at first, by the bridge, the message is made clear as McMicken sings in an yearning, emotionally charged tone:

“I’m on fire, I’m under attack

And it’s been a long, lonely winter

I just want you back

And I know I saw you there in the window, in some shadow’s arms

And I’m down where the howling winds blow, ‘cause I know.”

Unlike the optimism reflected in the bright sounds on albums past, “Listening In,” points Dr. Dog in the direction of a newfound disquiet and depth that cannot easily be spun into a catchy tune.

The anxiety and anguish heard in “Listening In” stands in striking contrast to Dr. Dog’s next recent single, “Go Out Fighting.”  While definitely more up-beat, the track features heavy, vintage organ sounds, frequent guitar solos highlighted by distortions, combined with chants of “When you go blind / Go out fighting.” Rather than the tone of sorrow in the previous single, “Go Out Fighting,” endorses standing till the end and not stepping down from a fight.

More recently, Dr. Dog released “Buzzing in the Light” on March 8th that stands alone from Dr. Dog’s previous track record.  With its soft guitar strums and smooth harmonies, “Buzzing in the Light,” will put you in a fuzzy, glowing haze.  Overall, the song has a calming, mellow vibe that has you envisioning yourself floating away with every slight crescendo.  With lyrics such as, “Swarm of bees, they form a pillow under me” and “Solid gold, feeling of the sun below,” Dr. Dog paints a clear picture of warm summer days and carefree times.

Despite the discrepancy in these three singles, they all point to an experimental new album that’ll feature a diversity of tones, messages and sentiments.  The new album, Critical Equation, will be released April 27th and is produced by renowned bassist and audio engineer Gus Seyffert.  While not well-known in the mainstream, Seyffert has an impressive resume having played with The Black Keys and Sia while also producing albums for artists such as Beck.  Dr. Dog will also be on tour to promote the album, stopping in Knoxville on April 7th for the Rhythm N Blooms festival.