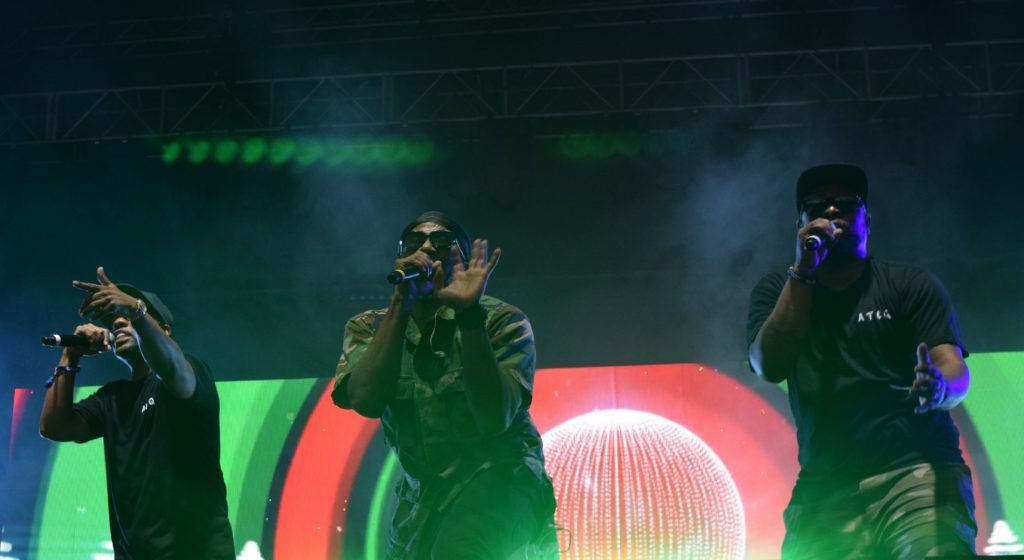 After an eventful day one, Pitchfork Fest day two promised an even more saturated schedule. And it certainly delivered on that promise: first of all, with A Tribe Called Quest headlining, all the other bands could have tanked and this day still would have been certifiably historical. Fortunately, however, we were lucky enough that not a single one of the other acts disappointed.

The Feelies, who played at 5:15, deserved more attention than they got (though they did get a decently sized and seemingly devoted crowd). They delivered an energetic, mesmerizing set that was as exciting as it was indulgently nostalgic. They were refreshingly out of place in a lineup that seemed to cater to artists from the last five years (granted, The Feelies have released recent albums), but their appearance on the Saturday lineup was at least temporally consistent with Tribe’s headlining spot. It was more than welcome to have a dose of pure, straightforward, post-punk/indie rock without all the bells and whistles. (And, admittedly, I’m biased towards bands from New Jersey). Following are some shots we got from their sanguine and upbeat set (all photos credited to Meredith Mattlin). 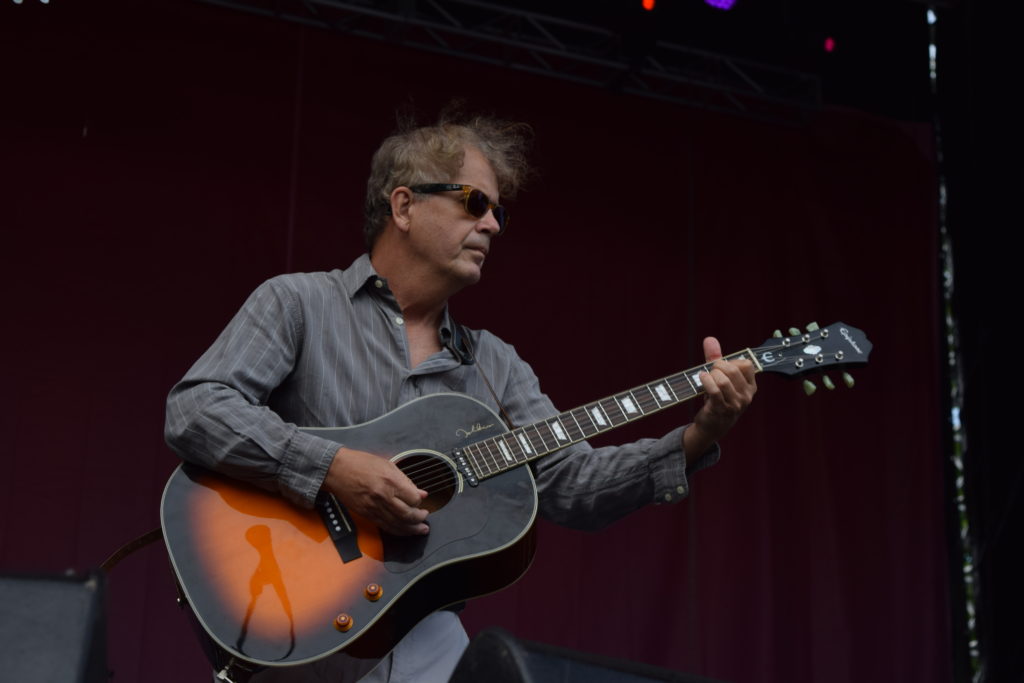 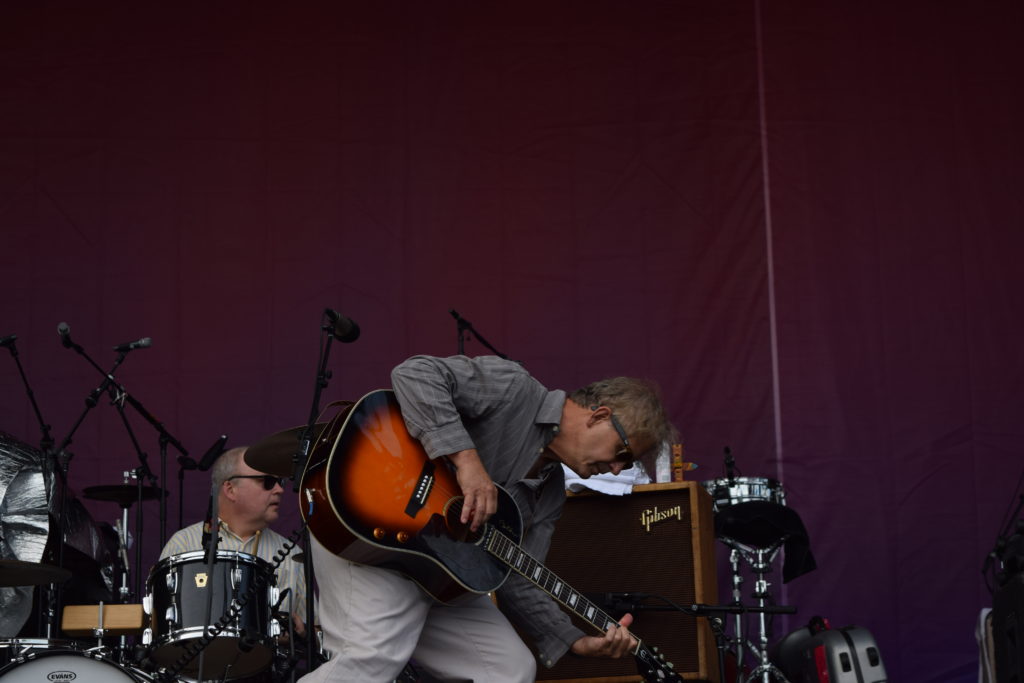 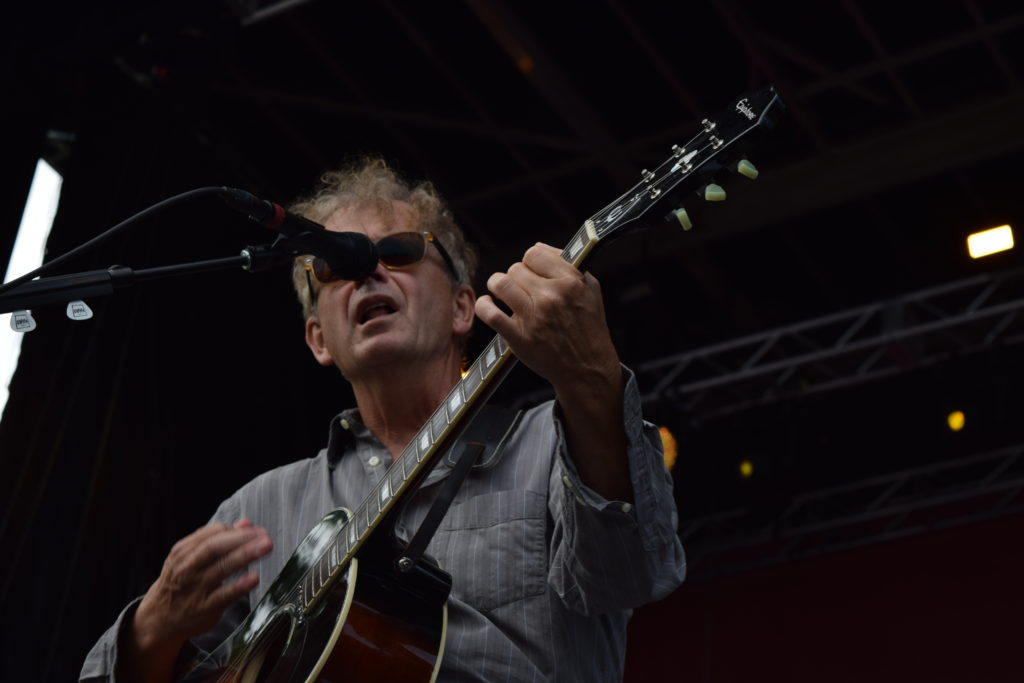 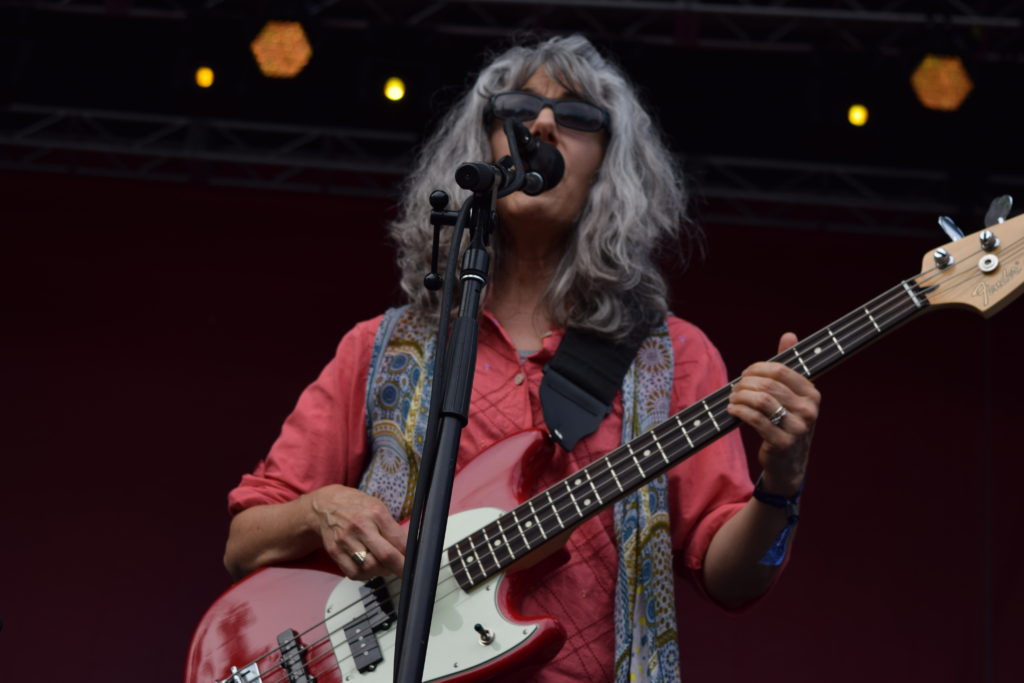 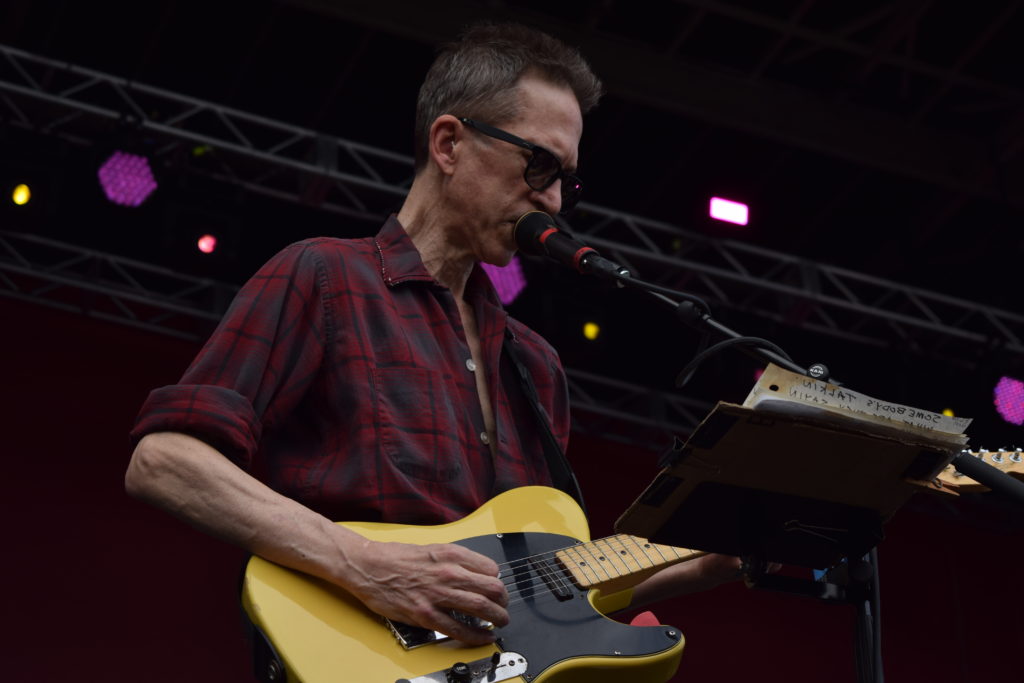 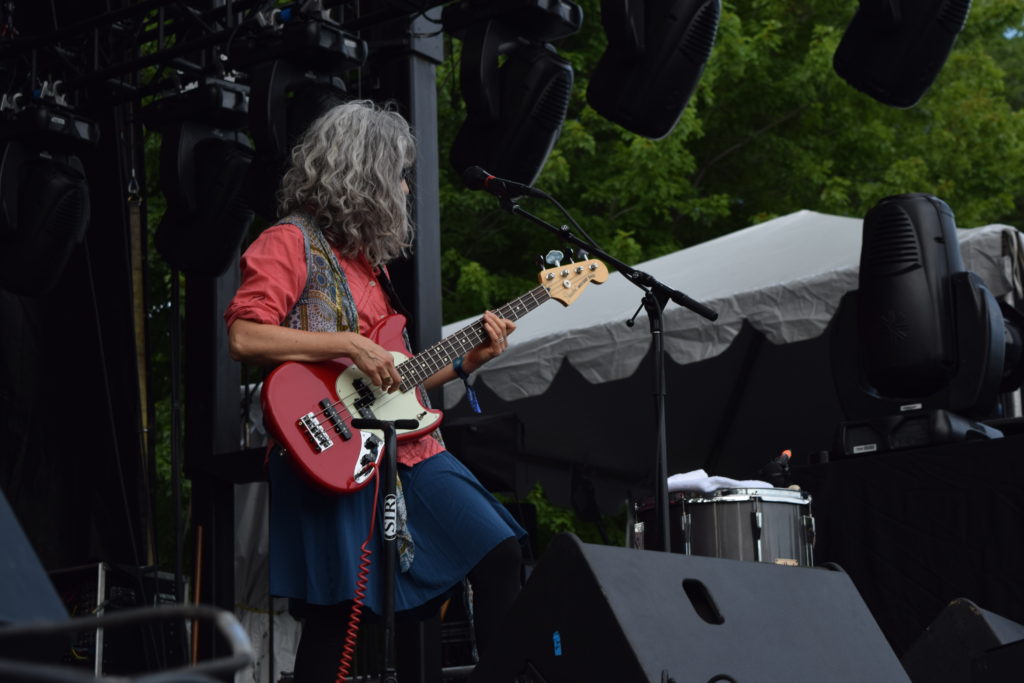 The conundrum of how to see both Angel Olsen and Madlib—overlapping artists—seemed to truly stump festival goers, at least based on the predominant chatter once we reached early evening. Thankfully, we found a way to photograph both acts through some emotional sacrifices and speed-walking.

Angel Olsen delivered an emotionally-charged, genuine, yet sweetly simple performance. Her (very devoted) fans were rapt with her intense, heartfelt presence onstage—and it was near-impossible to avoid the excitement in the crowd during her more popular (though overplayed) songs. Here are some of the photos we got from her set (all photos credited to Meredith Mattlin): 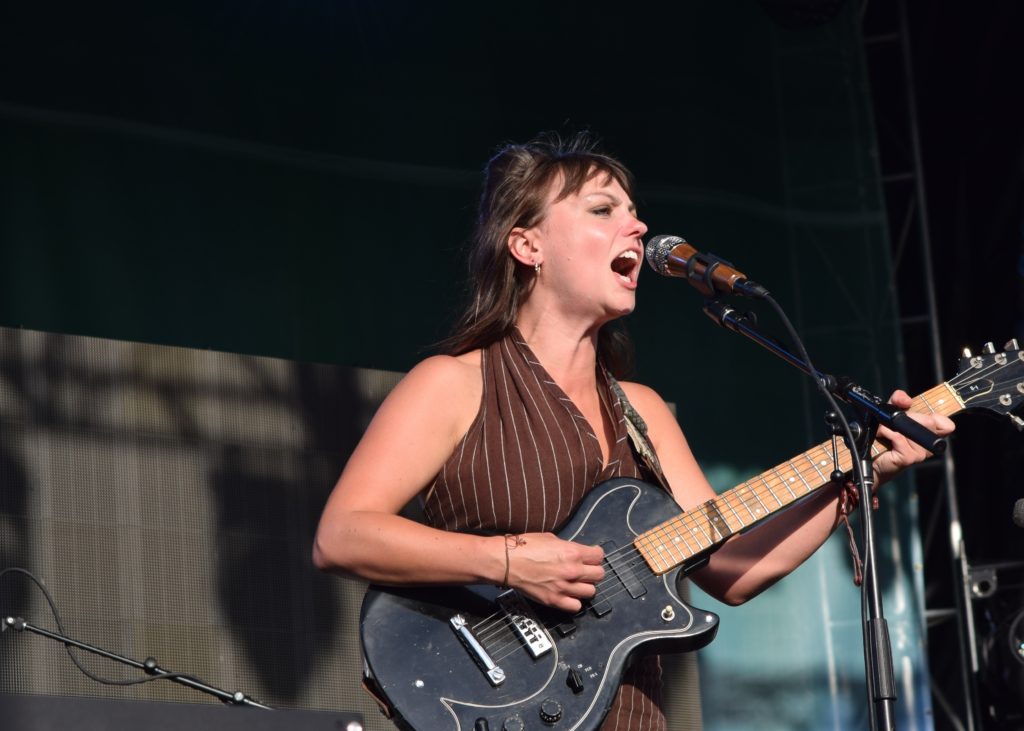 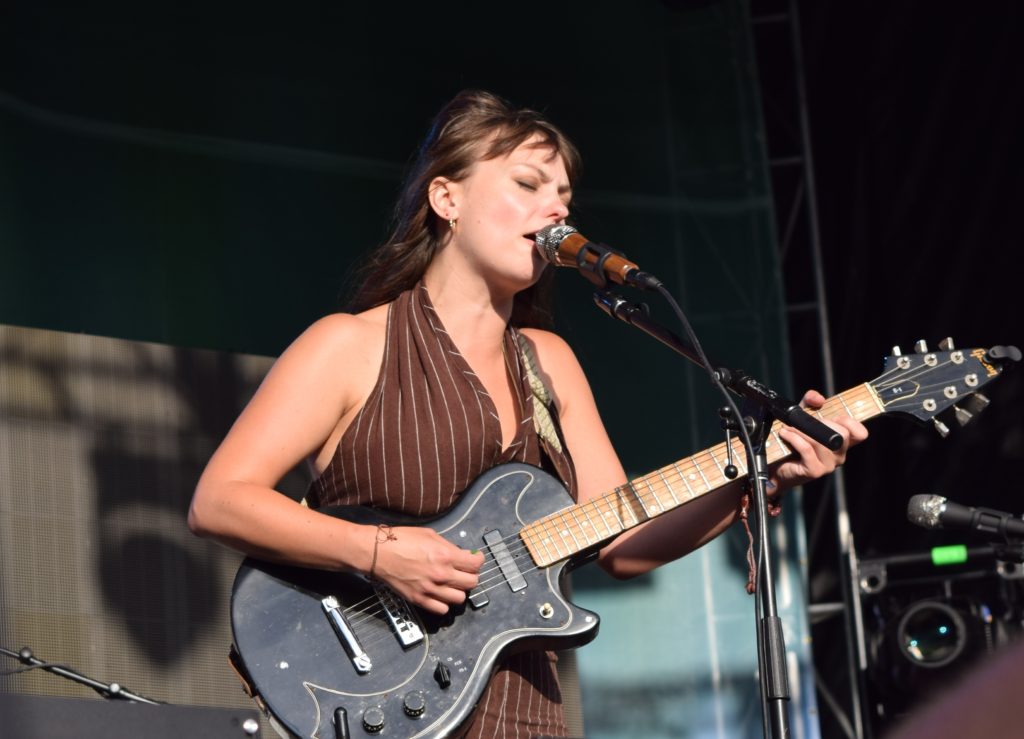 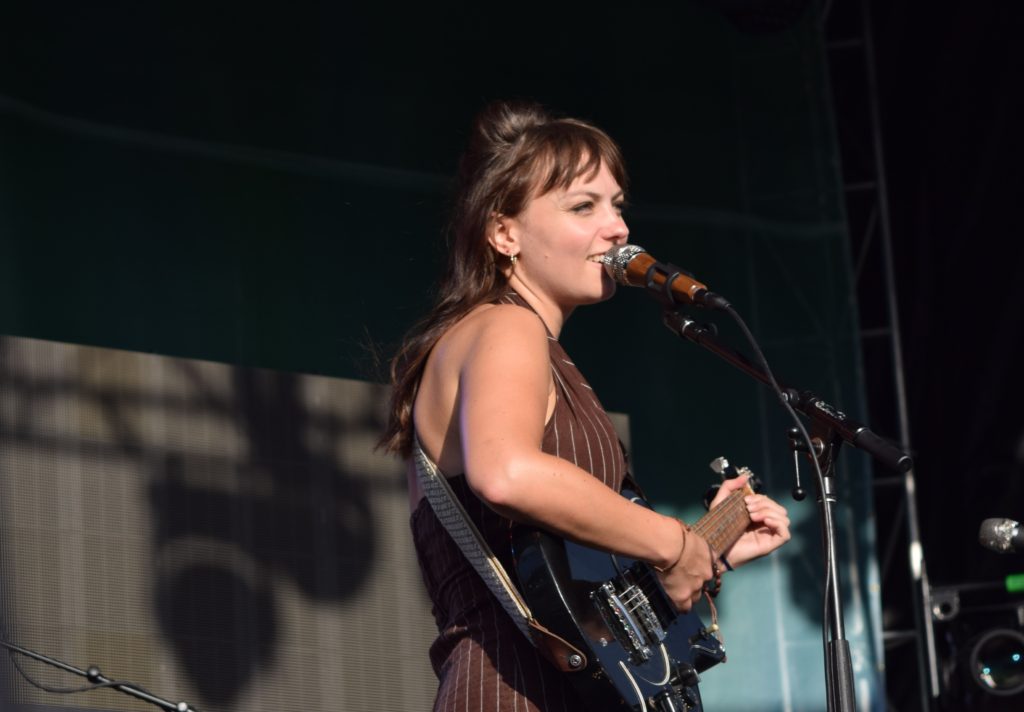 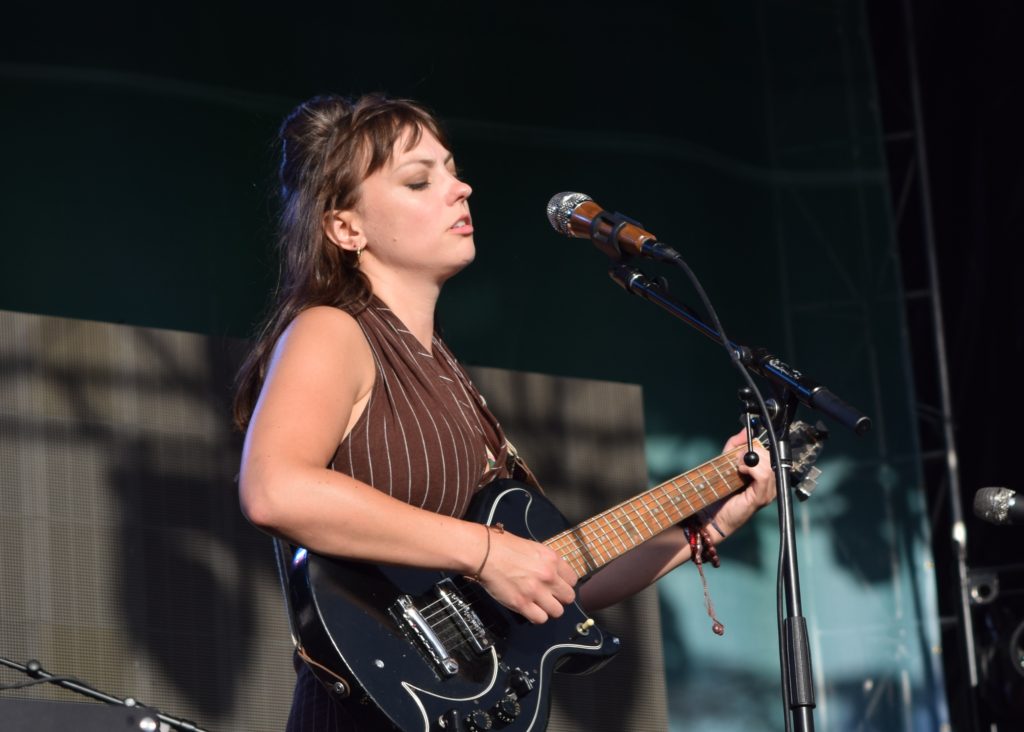 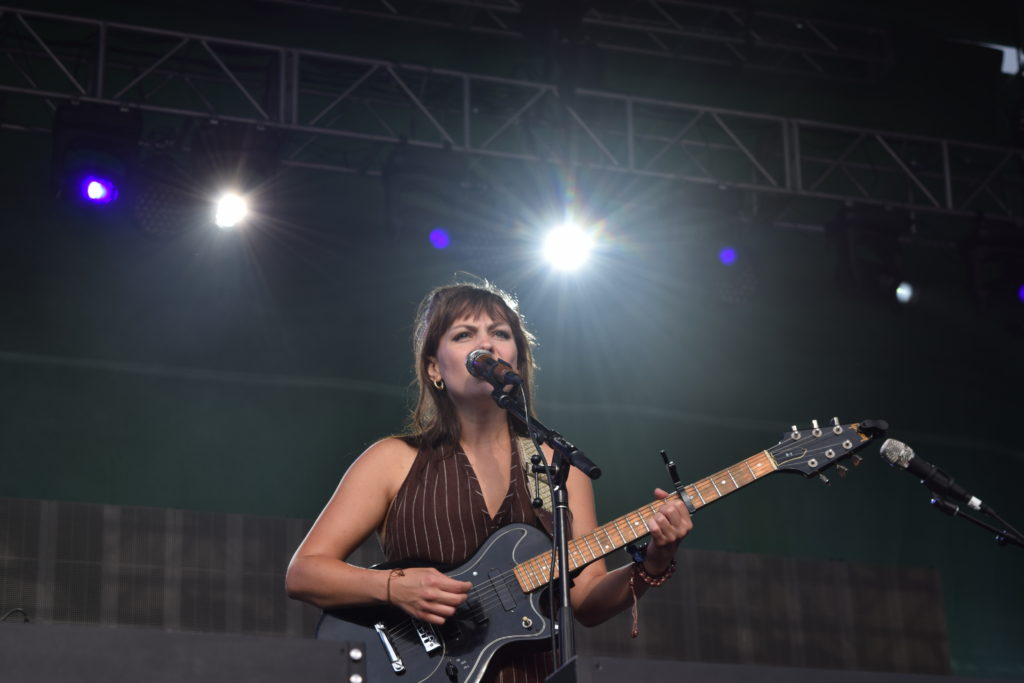 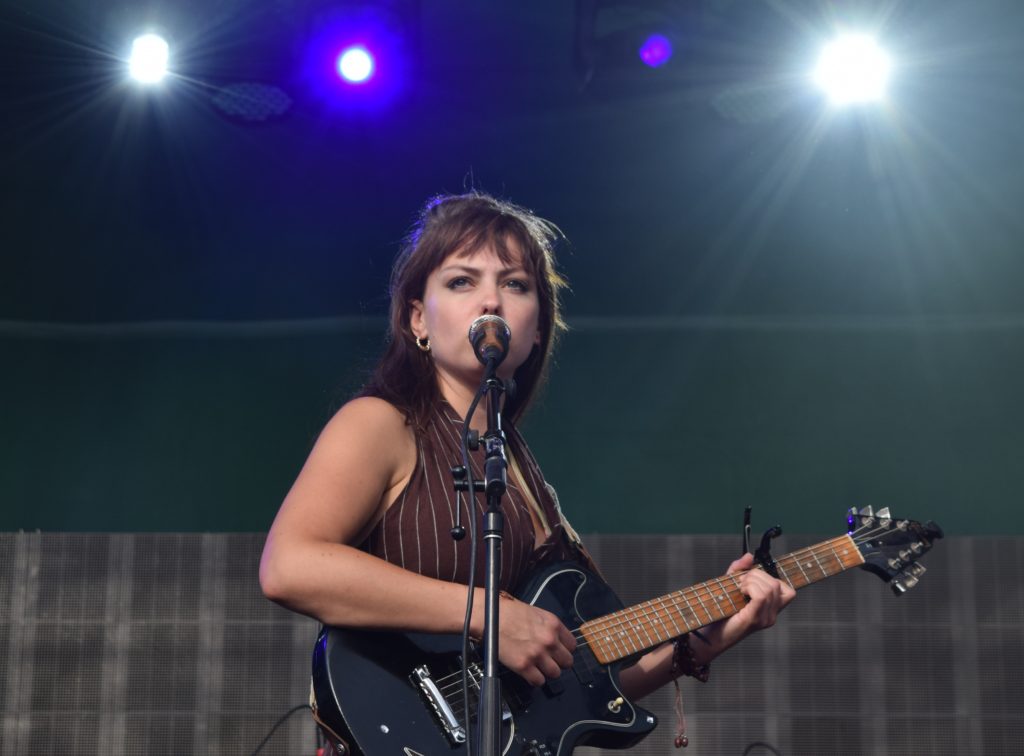 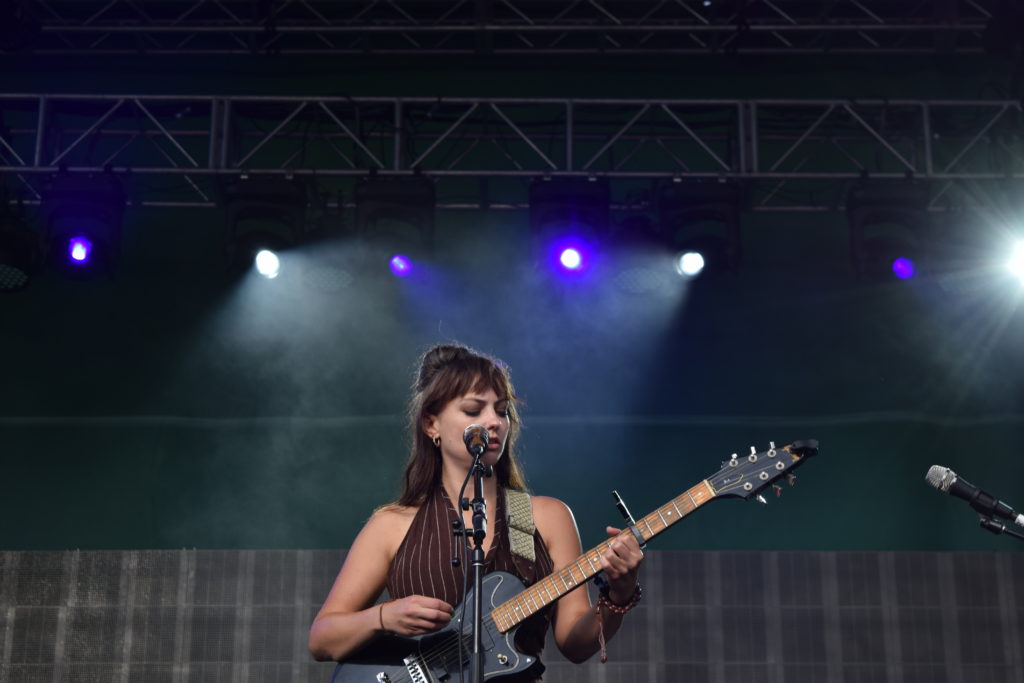 From there, we dashed to Madlib—a very different vibe, of course, and electrifying in a different kind of way: 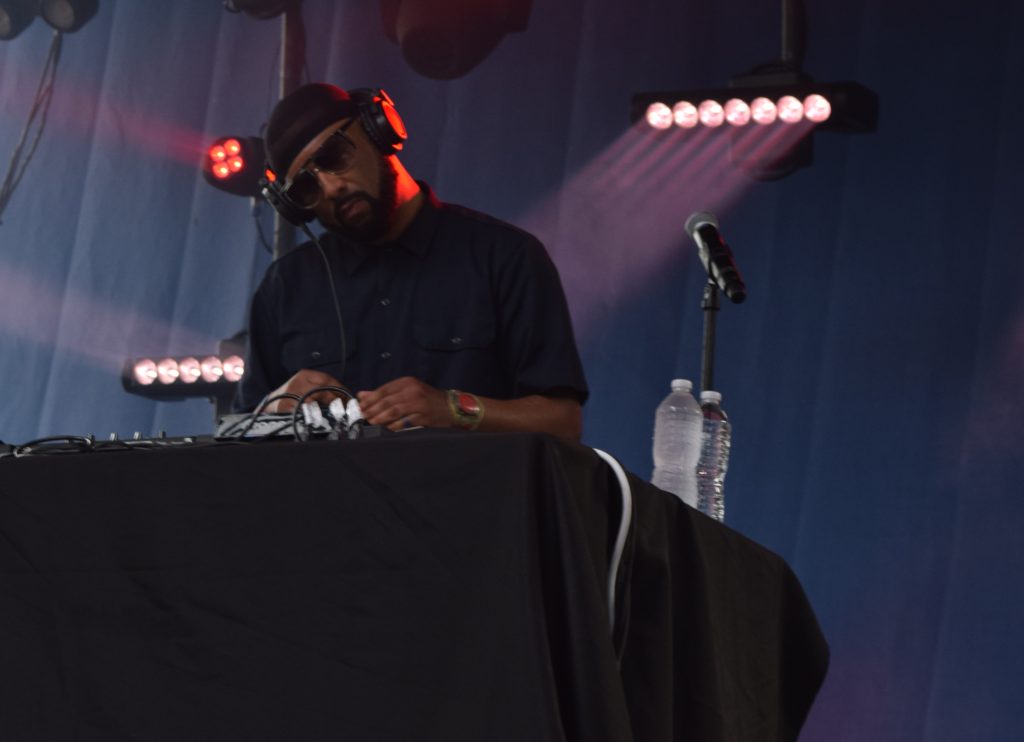 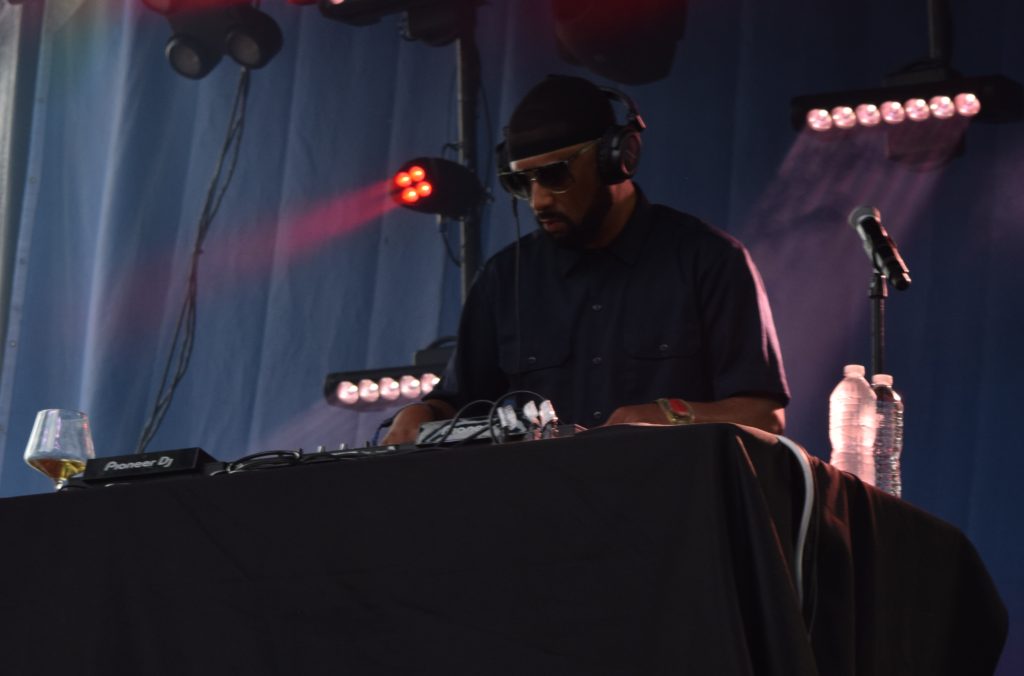 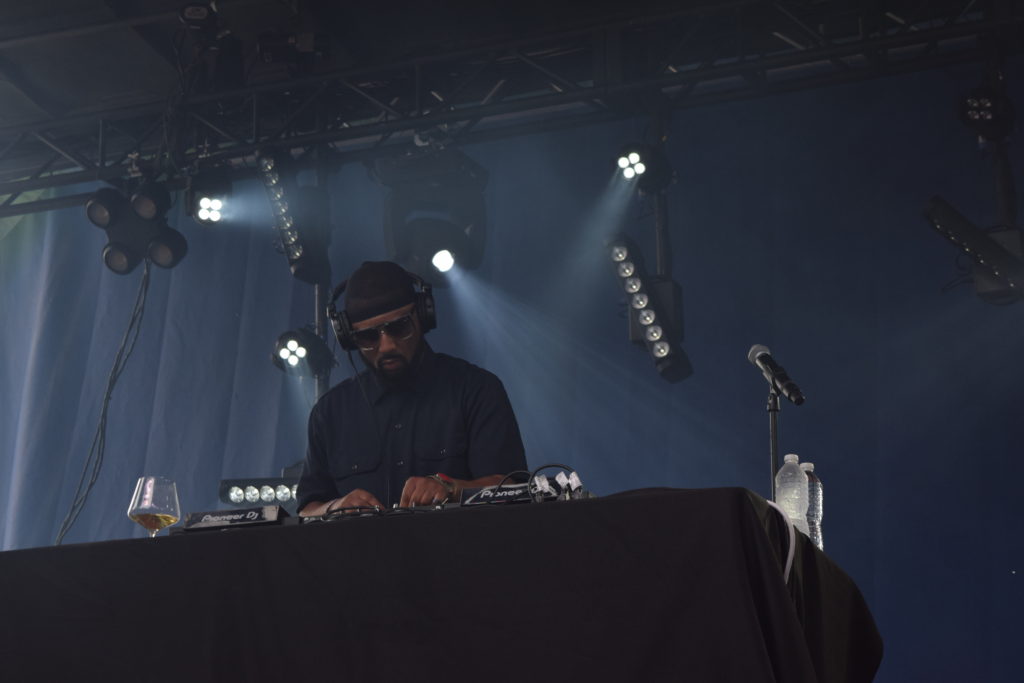 Then, we waited with bated breath for Saturday’s once-in-a-lifetime headliner: A Tribe Called Quest. It’s difficult to articulate the intensity of some audience members’ absolute, unwavering devotion to Tribe and seeing them as close as possible—and with good reason: they are, of course, the unparalleled trailblazers of early hip hop/rap, epitomizing a particular nostalgic aesthetic and embodying one of the most important transformations in recent music history. But it wasn’t just that that made this performance special: towards the beginning, after a moment of playful banter, they commented solemnly that this was a bittersweet show for them—as it was their “first show without Phife.” (Phife Dawg passed away in March of last year from complications related to diabetes.)

They proceeded, though, with a kind of contagious liveliness only possible from the pioneers of an entire genre. It was an unbelievably engaging and dynamic set—the perfect way to end day two of Pitchfork Fest. Below are some of our photos from it (all photos credited to Meredith Mattlin). 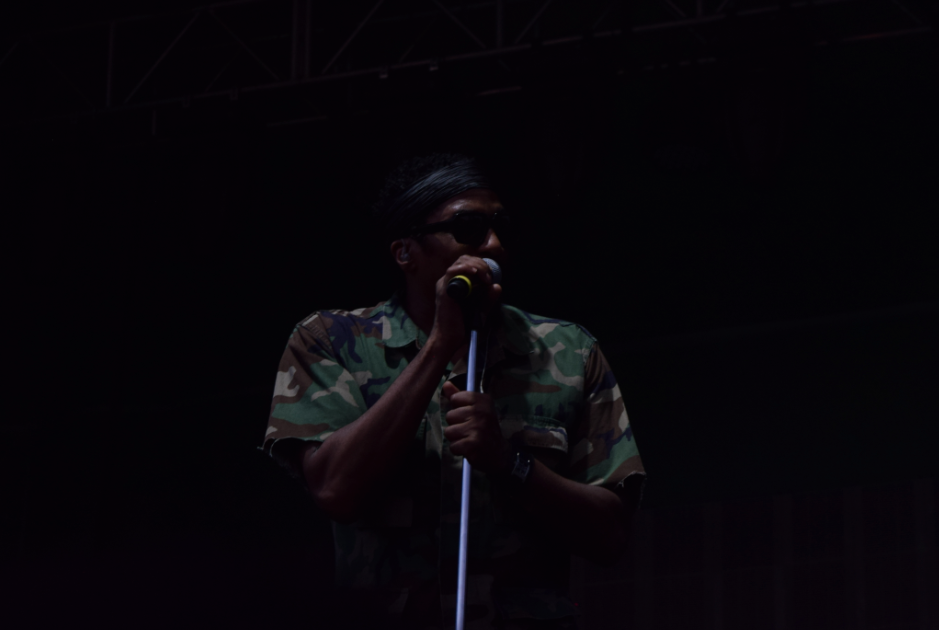 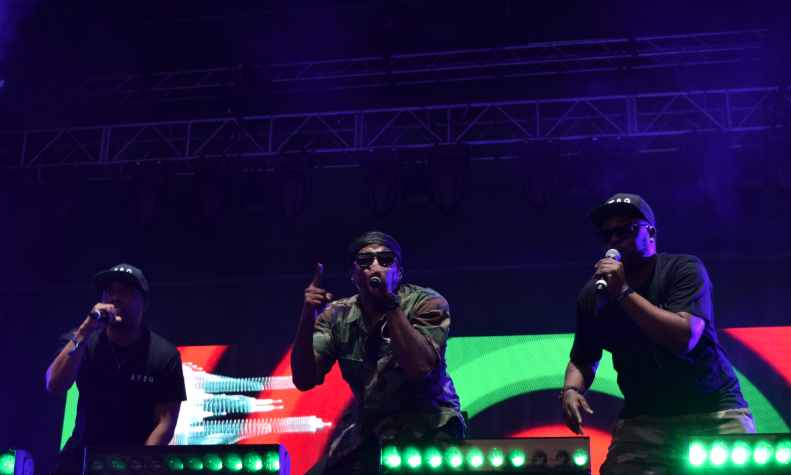 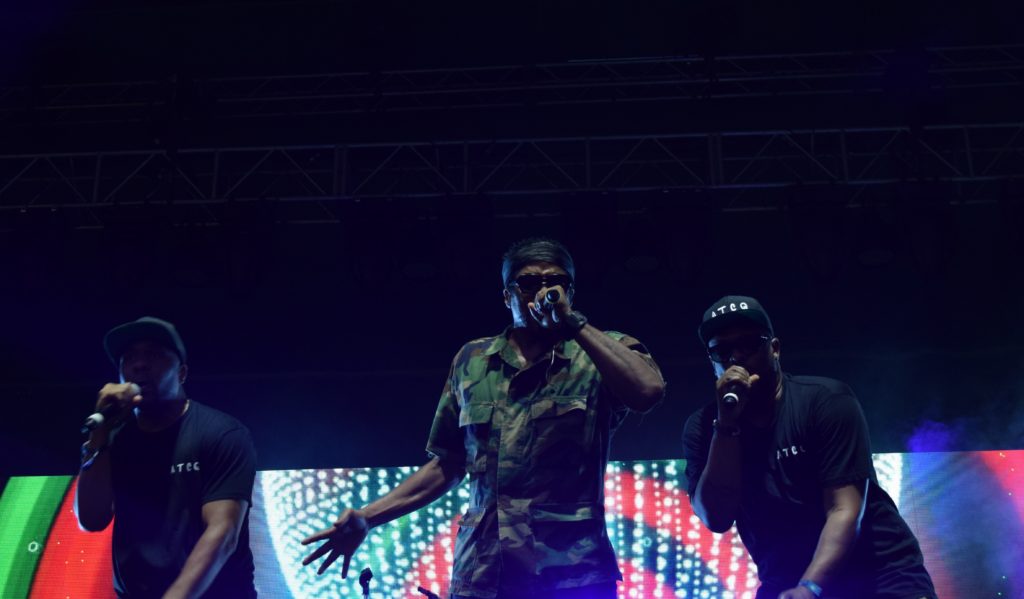 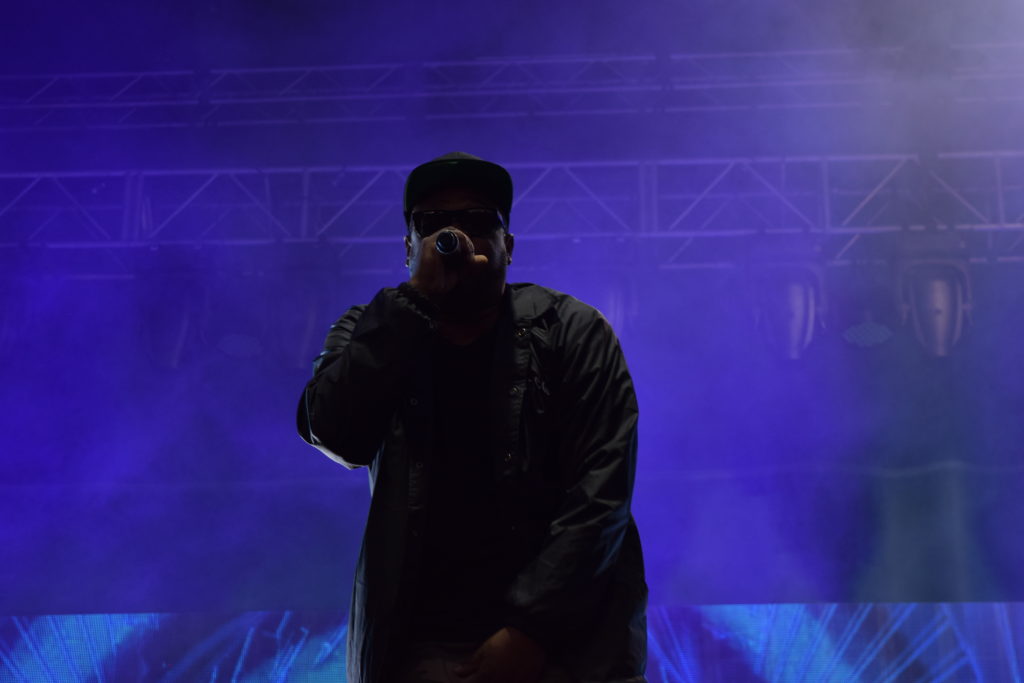 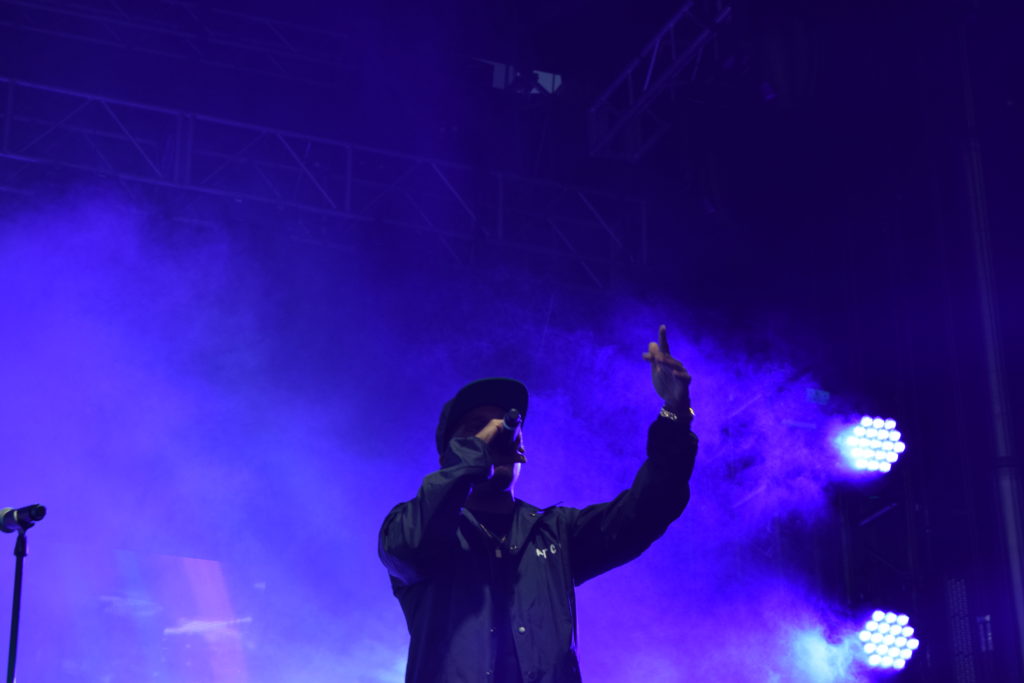 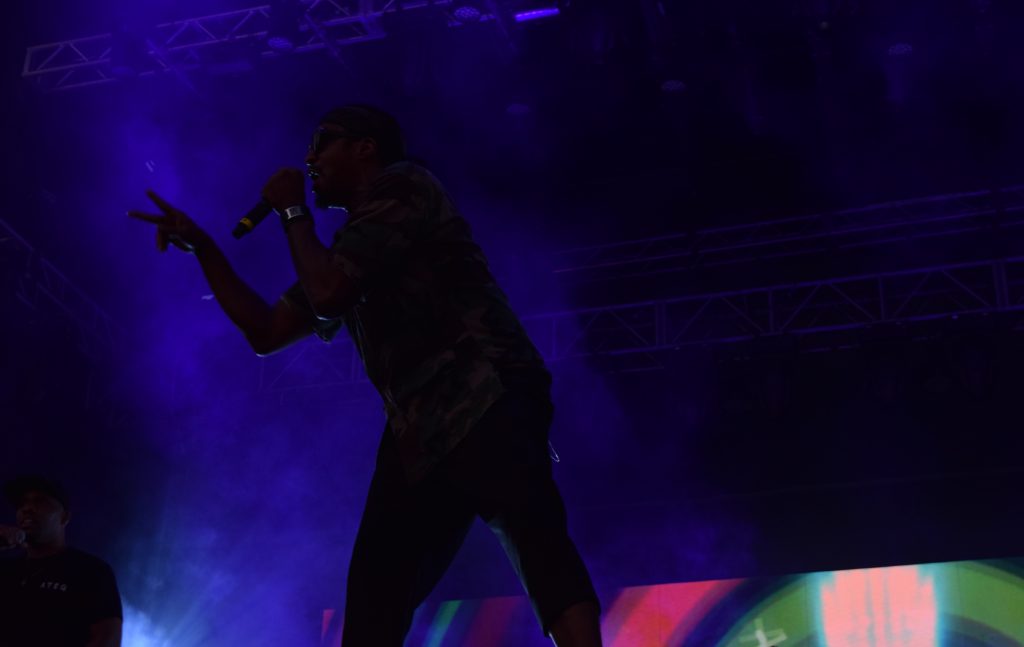 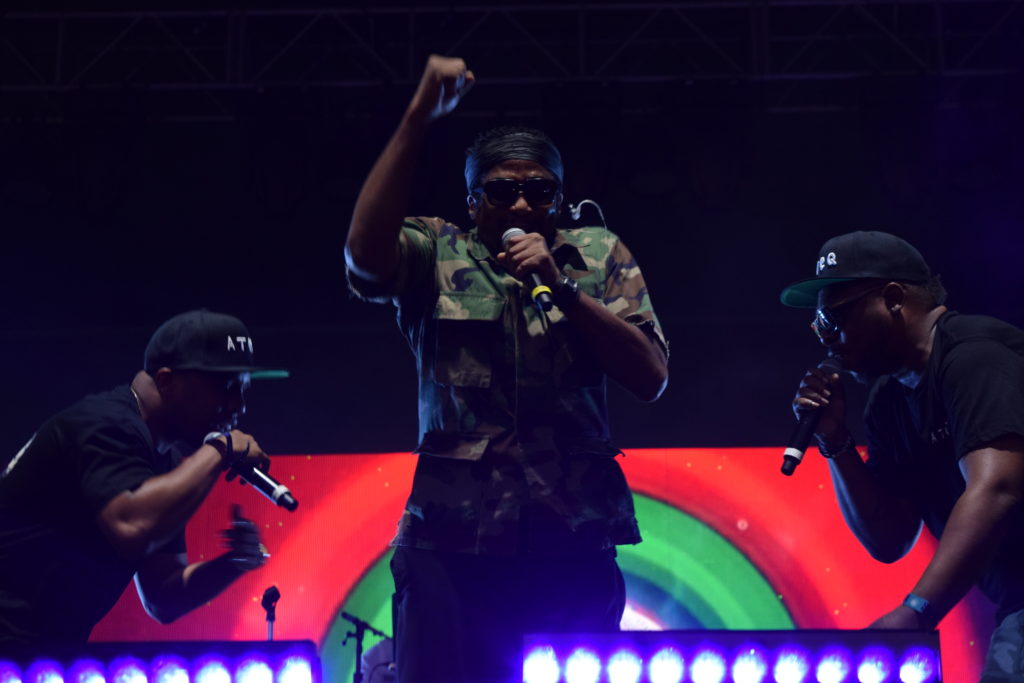