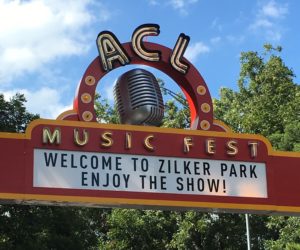 Austin City Limits is a 3-day, 2-weekend music festival held every year in October. Nearly half a million people traverse Zilker Park in downtown Austin during these weekends to hear some of the biggest artists in the biz. This year, ACL brought in an impressive lineup, including Paul McCartney, Arctic Monkeys, Travis Scott, The National, Metallica, and Odesza. Austin is hailed as “the live music capital of the world” thanks largely in part to this festival. Here are some interesting tidbits from Austin City Limits 2018:

My ACL weekend started with Greta Van Fleet, who is always a pleasure to see. These boys grew up listening to classic, blues-influenced rock, and that is the sound that they celebrate with their music. They are currently the most popular mainstream group with this nostalgic sound, so their concerts are the closest we can get to experiencing a live performance from iconic rock groups of the 70s. 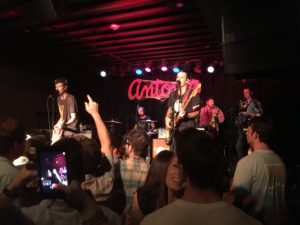 One of my favorite things about city fests are the after parties. When the park has been emptied, fans can head over to a local dive bar or club to hear acts that they may have missed during the day. These smaller venues provide an intimate experience for the fans, and often allow opportunities to meet and mingle with the bands. Houndmouth played an after-show set at Antone’s on Saturday night with southern-punk-indie band Neighbor Lady. The mob mentality of the audience was exponentialized in the small venue, creating an overwhelming energy and urge to dance until you drop, even if the only song from the entire night you knew was “Sedona.” 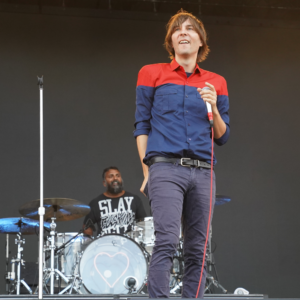 Childish Gambino was set to headline on the Sunday of both weekends of Austin City Limits, but due to an injury he was forced to cancel his ACL appearance. While this news was undoubtedly disappointing for the patrons, the festival booking staff acted quickly and added new acts to the lineup. Phoenix was naturally quick to agree to fill in for Childish, as they are the perfect group for a festival. Frontman Thomas Mars is gracefully charismatic when he engages with the audience, and their synth-pop jams make ideal dance tunes accessible to any festival-goer. Phoenix’s late afternoon set was the perfect way to wind-down a festival weekend. 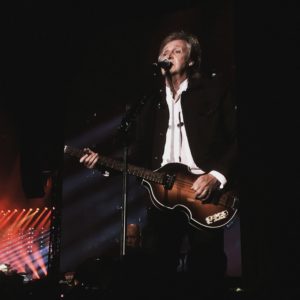 The highlight of the weekend was Paul McCartney’s set on Friday night. Nothing will ever equate an opportunity to see one of the most influential musicians of all time perform a two-hour set. Paul’s performance was packed with music old and new, and included interjections of musings and tales of a man who has seen it all in his extensive music career. He is as captivating of a storyteller as he is a fantastic performer. When there was a pause in his speech, the audience was dead quiet. Of the tens of thousands of people in Zilker Park, not one dared to speak over Sir Paul. The audience was delighted with material from Paul McCartney’s new album as well as the infamous tunes that first made him famous. Hearing The Beatles’ music directly from the source was one of the greatest experiences of my entire life. I can only describe the emotion I felt when Paul McCartney left the stage as heartbreak.

I have a lot to thank Austin City Limits for and cannot wait to report the highlights of ACL 2019!