Thirty-four years ago, Swans hit the underground in New York with their self-titled EP. Now (thirteen studio albums, ten live albums, a heap of EPs and compilations, dozens of members, and a thirteen year hiatus later) the band is finishing up work in the studio on what is, according to the band, going to be the final work from this incarnation of Swans. After this album and its subsequent tour, Michael Gira and the rest of this current six-piece form of the band are ending a historic reunion run the likes of which just don’t happen.

Michael Gira, long a controversial figure in underground music (see his infamous onstage nudity and the cloud of legends that surround him on the subject of physical violence toward early Swans crowds), was never the type to cash in on a reunion or retrace his steps. Swans, in their original heyday, picked up and dropped members at an almost frightening rate, not to mention the wild vacillations in the sound of their records, which range from harsh slabs of pure industrial hatred to heavy goth-rock to neofolk to (ultimately) something resembling a much scarier version of post-rock. Despite the wild changes in the sound and nature of the band, Michael Gira remained their leader from 1982 until 1998, when, after the band released its “final” record, the sprawling, two-and-a-half hour post-rock/ambient/noise/electronic/post-punk/soundtrack epic called Soundtracks for the Blind, Swans released the fittingly titled live document of the album’s supporting tour, Swans Are Dead. This was it– Swans were resolutely dead, and, given Gira’s nature, no one expected that they would ever return.

This is not to say, though, that Gira saw the end of his primary artistic vehicle as a chance to fade away entirely. For over a decade, the Swans ringleader kept several irons in the fire quietly, from his alt-country group Angels of Light to his own record label, Young God (to which Devendra Banhart, among others, was signed in his early days). Amidst new projects and a steady stream of Swans reissues from his label, Gira seemed content in his work and most of all content that Swans as a band had nothing left to say. That is, until this happened:

What followed was a legendary reunion streak. Swans reformed with Gira himself, along with a few members of Angels of Light and his longtime collaborator, Norman Westberg, on guitar. The band began to systematically tour new material, which would then be developed and released, beginning with 2010’s My Father Will Guide Me Up a Rope to the Sky, a fairly massive-sounding, ambitious album in its own right. At this point the band launched into a pattern wherein they would release a live record every other year featuring material from their next album in order to raise money for a corresponding studio record. 2011’s We Rose From Your Bed With the Sun in Our Head was the first of the live records, followed by 2013’s Not Here/Not Now and 2015’s The Gate. In the years between, however, Swans put out two all-consuming, frighteningly dense, truly brilliant records. 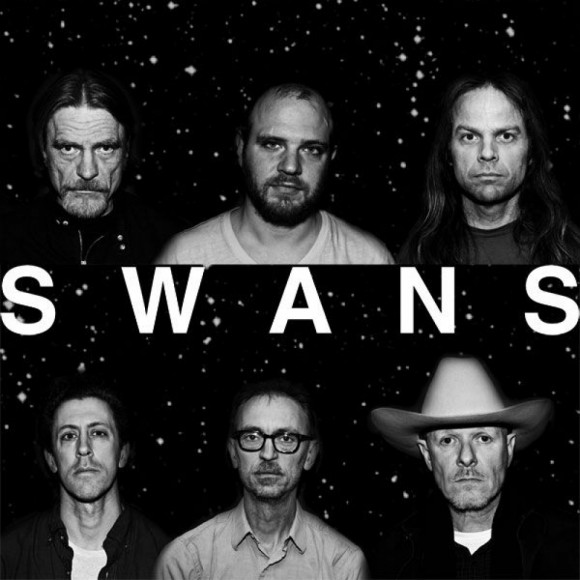 First was the 2012 album The Seer. In interviews, Gira asserted that this album was a culmination of all that Swans had done. Clocking in at almost two hours, the triple record (!!) not only made My Father look slight and underdeveloped in comparison, but indeed followed through on Gira’s promise and more, easily becoming the band’s best material to date. The album features collaborators in form of the vocalists of Low, Karen O of the Yeah Yeah Yeahs, and Gira’s own former lover and ex-noise-conspirator, Jarboe. From the opening volley of the trancelike “Lunacy” and the ritualistic “Mother of the World” to the thirty-plus minute menacing, cathartic drone epic of the title track to the mournful folk ballad of “Song for a Warrior” to the late-album twenty-minute-monsters “A Piece of the Sky” and “The Apostate,” The Seer maintains a thoroughly apocalyptic, totally cohesive sound unlike anything before it. The sheer scope and power of the album threaten to overcome the listener at any moment over the length of its insane running time. The small, quivering moments of unadulterated beauty that managed to occasionally make their way through the terrifying darkness are enough to rival the intensity of beauty in just about any piece of music this side of Beethoven. But somehow Swans managed to top The Seer in 2014.

To Be Kind  was Swans’ 2014 studio album statement and it is longer, meaner, more aggressive, groovier, and more focused than its predecessor on all fronts. The band is more sharply focused as a result of four years of near-constant touring and rehearsal. The songwriting is tighter. Gira is fiercer than ever, and if you’ve ever wondered what it sounds like when a sixty-year-old man literally barks like a dog over a deliriously aggressive bass-driven groove punctuated by slabs of guitar noise that sound like flaming elephants from hell, “Oxygen” is the song for you. Suffice to say that To Be Kind is Swans firing on all cylinders, and that the sheer power present on this record verges on frightening. Sure, it might not be the easiest listen, but there is so much truly extraordinary music to be found in this harrowing, yet bright and groove-oriented blend of post-punk, noise, folk, swampy blues, warped funk, and post-rock.

This little oral history of Swans is to say this: Swans is currently finishing up their legendary run and there is no reason to believe that they don’t have something seriously huge up their sleeves for this. The last time Swans broke up, they left fans with what is often considered the best post-breakup Swans album, and the band at that time doesn’t even come close to the power and tightness of the current incarnation. Live Swans back in the day was the stuff of legend for its brutal, unrelenting violence, but now they’ve got layers. The ensemble of two electric guitars, one bass, a slide guitar, a drumset, and a percussion/hammered dulcimer/clarinet/synth/trombone is, first of all, somewhat surreal in terms of eclecticism. But this band, despite its volume (from experience if you decide to see Swans on this tour, bring earplugs – seriously, it is physically, painfully loud) breathes as one, and just seethes vigor, concentration, and fierceness unlike any other band. Swans live can lure you to safety inside of warm, hypnotic textures only to unleash hellish storms of blistering noise at a moment’s notice. Michael Gira hungrily prowls the stage, conducting his band with his body (flailing arms, dramatic jumps) and his voice, sometimes quite literally screaming commands at his band members.

It’s been six years since their reunion and Swans have been consistently growing and putting out better and better albums in that time, as well as growing fiercer and fiercer as a live band with every show they play. One listen to the unreleased material on The Gate (a relatively tame snippet of which you can hear here) makes it pretty apparent that something special is happening in the Swans camp right now. Gira is lurking on social media, teasing with studio updates, all while the band is no doubt in the throes of preparing the material for this monumental farewell tour. 2016 is looking to be a historic year for this absolutely monstrous band, and I know I will be on the watch for whatever activity Swans manages to stir up this year. With what could conceivably be their last album ever coming down the pipe, Gira and the boys are doubtless hungry and ready to go out in a characteristically grand way. Swans aren’t dead quite yet.