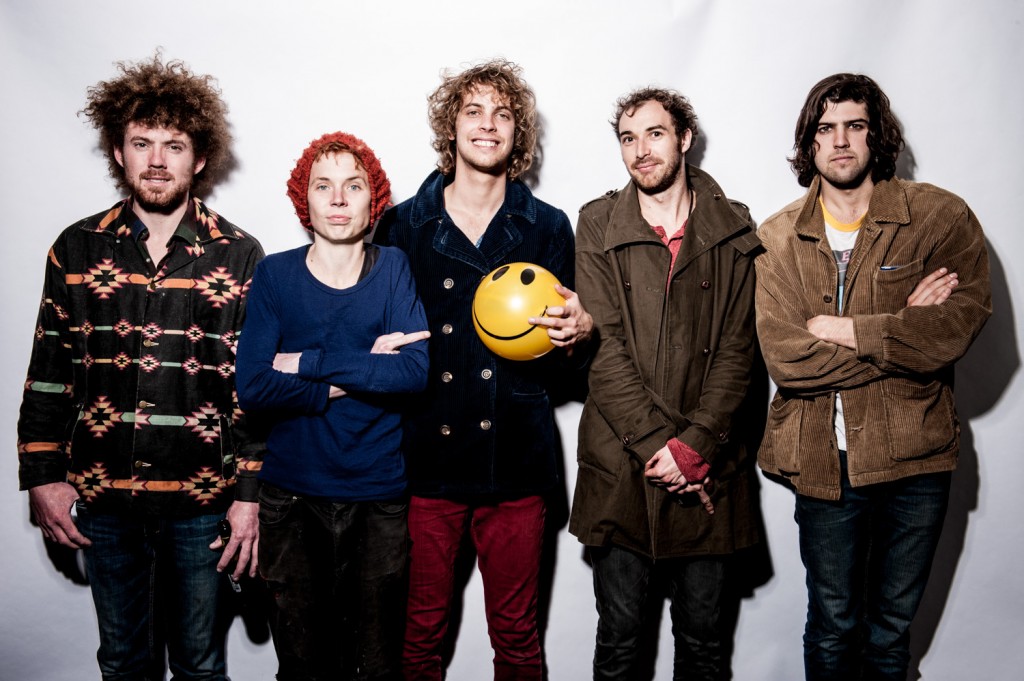 Many fans of old 60’s music and psychedelia will know names like Tame Impala and Foxygen due to their neo-psychedelic sound and influences, but also because of the critical acclaim and publicity that they’ve received in recent years.  Even more music-oriented people will know The Flaming Lips as they’ve been around for 30+ years and have managed to keep themselves in the public eye with tricks, gimmicks, and, most importantly, a steady stream of music (while it sometimes seems hit or miss).  But many people aren’t aware of Pond, or at least haven’t heard any of their material.  Some are far too quick to judge and claim Pond as simply a “Tame Impala offshoot” when the truth is that they have been around since the time of Tame Impala’s inception.  With a similar style to those aforementioned psychedelia-influenced groups, Pond have managed to come a long way since their debut, Psychedelic Mango. 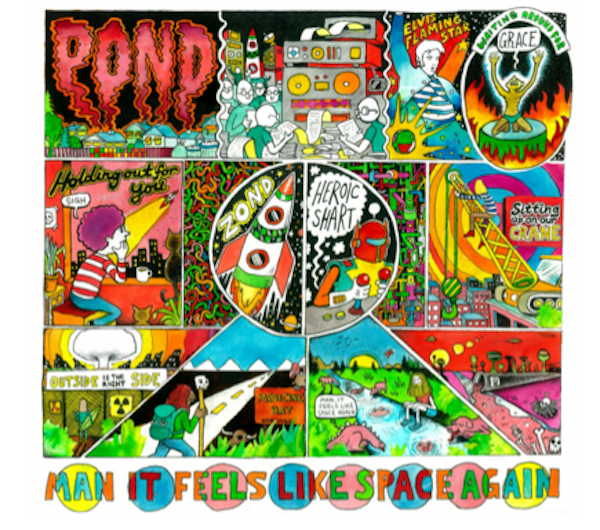 After five studio albums of solid material ranging from psych-tinged garage rock to blues, Pond released their long-awaited sixth full-length album, Man It Feels Like Space Again, produced by Tame Impala’s Kevin Parker.  Upon first getting the album, I immediately loved the artwork.  It has that theme where the songs are printed on the front cover with smaller pictures representing those songs (as seen above).  The album opens with “Waiting Around For Grace”, a song that starts off with a washed out vocal melody before bursting into a wall of sound driven by effects-laden guitars and vocal harmonies.  Given the first song, you can definitely tell the Tame Impala influence that comes from Jay Watson and Nick Allbrook (members of Tame Impala).  Next comes the first single off of the album, “Elvis’ Flaming Star”, the song with my favorite bass track on the entire album.  If there were one word to describe this song, it would definitely be “funky”.

“Holding Out For You” starts much slower and calmer than the previous track.  I honestly thought that this was a single from the album due to it’s “lovey-dovey” nature and slow, calm acoustic guitar rhythms.  The vocals on this track are wonderful, as are the touches of improvised guitar in the background.  The guitar fills really add an extra depth to the track.  “Zond”, the band’s third and final single off of the album, is kind of a personal let down.  Quite honestly, the song sounds far too cheesy to my ears, and also too repetitive.  Being repetitive doesn’t always matter when talking about psychedelic music, but it does here.  “Heroic Shart” also manages to bore me, even after the third listen.  It is slow and repetitive, but doesn’t manage to keep my attention as the hook is not super catchy, nor does it induce “hippie-dippie psychedelic euphoria” when listening to it.  Following “Heroic Shart” is the second single off of the album, “Sitting Up On Our Crane” (music video below), which has a much better melody than the previous two songs.  While slow and steady, the song never fails to keep me attentive and interested.  The music video is also rather cool despite the fact that it is mainly just trippy CGI effects.  The synthesizer arpeggios at the end of the song really cap off a great track.

Music video for “Sitting Up On Our Crane”

“Outside Is the Right” follows a similar style to “Elvis’ Flaming Star” with a very funky bass line.  In fact, “Outside is the Right Side” is probably my favorite song on the album.  Catchy, funky, psychedelic, groovy… what else could you possibly ask of a neo-psychedelic band?  There’s even a guitar solo breakdown flowing with effects and a steady vocal melody behind it.  Closing out the song is a perfect blend of weird synth noises and rhythm guitar. 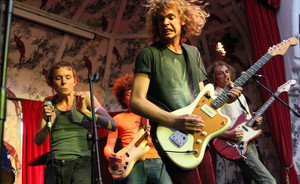 “Medicine Hat” is the ballad of the album.  It starts out with just acoustic guitar and singing in a Dylan-esque fashion and turns into a slow psych ballad draped with a flowing guitar melody.  Frankly, it’s a very good song.  Closing out the album is the title track, “Man It Feels Like Space Again”.  This song is one great jam, and all 8 minutes are wonderful.  I couldn’t think of a better song to close out the album.  With plenty of changes and different effects added, the song soars to great psychedelic heights before ending the album with a bang.

Pond’s sixth studio album is a really great album that deserves the attention of anyone who enjoys Tame Impala, The Flaming Lips, Foxygen, etc.  In fact, if you haven’t heard any of Pond’s previous work, I highly recommend Beard, Wives, Denim, especially if you enjoy Man It Feels Like Space Again.  While there are slow moments and other moments that seem to escape my attention, overall, this is a quality album.  Upon the first few listens, it isn’t my favorite Pond album, but it certainly is up there with their best releases.