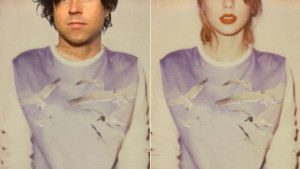 So here’s the deal: in October of last year Taylor Swift released her most recent album, 1989. It was a runaway success, selling the greatest number of albums in its first week since The Eminem Show released in 2002 according to MTV. Swift has since gone on an incredibly successful tour which will be swinging by Nashville on the 25th. I’d remind all Taylor Swift fans to buy tickets, but let’s face it-at this point they’re over $200 and you probably should have picked them up months ago. However, I’m not here to write about Swift’s upcoming show. Instead, I want to talk about the recent 1989 cover craze.

Ryan Adams started the hype when in August he announced that he would be covering the entire album, a proposition that reportedly thrilled Swift. Last night, the singer-songwriter posted 12 covers on YouTube. While maintaining the same lyrics, Adams has drastically reinterpreted the album and given it a darker, more indie vibe. Here’s his six-minute rendition of Out of the Woods:

Adams is not the only one, however, to cover Taylor Swift’s album. Father John Misty has upped the ante with his cover of Ryan Adams’ cover of Taylor Swift’s Blank Space. As if that wasn’t enough, he also performs it in the style of Velvet Underground.

Now, it’s too early to see if these covers are going to inspire more musicians to put their own spin on Swift’s latest album. That being said, I know I’m not the only one when I say that I Wish They Would.