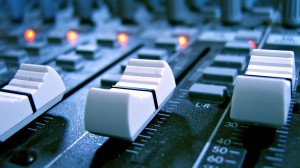 New artists, new albums, and new songs are constantly being produced, and it can get quite confusing keeping track of what you have and have not listened to. But often times, a band comes along and drops an album named after the band itself, making our job of keeping track of it all a bit more easy. It is surprising to see just how many bands have eponymous albums, and below I have compiled a list of just a fraction of the bands that have one. Best part is, if you like any of them you only have to remember one name! Wow!

The collaborative nature of Gorrilaz allowed Gorillaz to be a very dynamic album. Although usually described as a a hip-hop group, this not always apparent in the music as in songs like “Punk” and “5/4”, which seem to have a much stronger rock influence.  Both styles are in display in “Clint Eastwood” , and the cohesiveness of genres in the song is a good representation of how the album was able to reconcile different styles of the different artists who worked on this project.

When it comes to dream pop, Beach House has been the gold standard for years now. Just like our dreams, Beach House offers moments of tension, moments of pure bliss, and moments that are too emotionally packed for any one specific feeling. Although not as fleshed-out as some of Beach House’s later work, overall Beach House was a solid foundation for the Baltimore duo.

Yuck is the unlikely combination of boy-band meets 90s lo-fi. That preppy spin on fuzz and distortion can be seen in songs like “Georgia” . The album does offer brief breaks from this sound in songs like “Operation” and “Rubber” , with cuts like “Suicide Policeman” having a relatively clear sonic texture.

Underneath hazy sounds and reverbed vocals, Real Estate provides some solid songs on this 2009 album.

With their beautiful and haunting pastoral odes, Fleet Foxes came on the scene in 2008 and stunned audiences with their ability to combine folk influences with unorthodox harmonies. Just as with Beach House, Fleet Foxes was able to create a fuller and more mature sounding album after Fleet Foxes with 2011’s Helplessness Blues, but that album is not named after the band so I am not allowed to talk about it.