The artistic narrative surrounding Frank Ocean often frames him as an enigmatic, reclusive musician whose notoriously secretive (and infamously long) recording processes result in fully-formed projects being dropped seemingly out of the ether. What does this approach to making music produce? For Ocean, the answer seems to be an oeuvre that is limited but critically unimpeachable.

While everyone finds plenty of time to yell Ocean’s name at the clouds while waiting for his next full-length release, no one (with any sense) complains when they do actually drop, and the shining responses to 2016’s Blonde are no exception. This critical darling status that Ocean has grown into feels so natural at this stage in his career – make no mistake, it was clear from the beginning that Ocean was a singular talent, but his visionary execution has progressed so much from 2011, that it seems like he’s only starting to fully harness his artistic strengths. 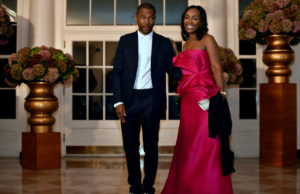 (courtesy of The New York Times)

As shorthand for his relatively brief but already remarkable career, consider this overview of his ascendance into the spotlight: in 2011, Ocean was able to get a placement on a Kanye-Jay Z album (Watch The Throne) off of little more than the fact that Kanye really, really liked his mixtape, nostalgia, ULTRA. From there, the Long Beach native has gone on to (1) be simultaneously the calmest, coolest, and most approachable member of Odd Future, (2) win 2 Grammy’s (3) get a feature on a Beyoncé album and (4) prove that he can be the hitmaker (“Novacane,” “Thinkin Bout You”), the “half-song format” experimentalist (Endless) and just a flat-out singer and stone cold lyricist (“Solo,” “Pink Matter,” & “Seigfried”). 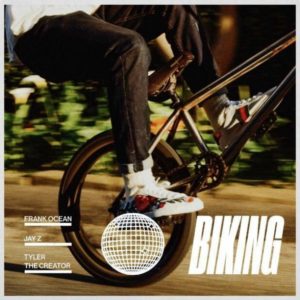 Now, we seem to be stepping into a new mini-phase of Ocean, one in which he has somehow, quietly and confidently, become one of the best rappers in the country (shouts to Rawiya Kameir for the vision). Recent offerings such as this year’s “Chanel” and “Biking” have shown that Ocean has moved to a whole other dimension as an artist, becoming an even better version of what many of us anticipated when we heard him slick give us BARS in his matter-of-fact, cool-headed delivery on Earl Sweatshirt’s 2013 joint “Doris” and the lovable Odd Future 2012 posse cut “Oldie.” How does Frank manage to sound bored with his own bars in a way that just makes them sound even more effortless and cool? He sorta sounds like a “Lookin’ At Me”-era Mase, if Mase sounded even less hype about the fact that he was rapping (and rapping very well) which is a very underrated talent. We should also never forget the heat that Ocean’s legendary “Versace” freestyle (delivered to us by a TextEdit post via Tumblr no less, my God, I love it) would have been, had we ever been blessed with an actual track. 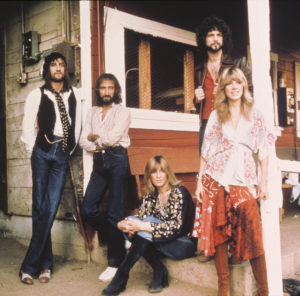 Anyways, on to the original point of this article, which was to figure out Which Fleetwood Mac Album is Most Likely Frank Ocean’s Favorite? Frank’s been pretty upfront about his love for the band, so I thought it was only fair to imagine which full-length is his personal favorite. Now listen, I’ve run the numbers, I’ve done the math. To save you, the reader, precious time, I have used methodical analytics and a secret, evaluative process to determine that Frank Ocean’s favorite album by the seminal, incredible Fleetwood Mac, is…. Rumours!!!

Now yeah I did aim for the low-hanging fruit here, but sometimes the low-hanging fruit is the right fruit and Rumours is just wild. I considered Tusk, and Fleetwood Mac and a bunch of others, but honestly, Rumours has “Dreams” on it, and try to tell me a lyricist like Frank isn’t listening to that song daily. Plus, “Never Going Back Again” right after it? That song is incredible. “You Make Loving Fun,” “I Don’t Want to Know,” there’s really too many gems, you see, and Frank Ocean, who is so skilled at crafting multifaceted phrases and packing unbelievable amounts of meaning into simple words, would appreciate the full extent of the lyrical pasture contained in Rumours. Now come on, deep down, you know he’s more of a Rumours guy, and you probably are too. Saying Rumours isn’t the best Fleetwood Mac album is like saying LeBron isn’t the GOAT, like, alright we get it, there are tons of other great Mac albums/NBA players, now can you just say what you know and feel? Live your truth in 2017.

Also, can we all acknowledge that Frank said the phrase “Once the goal is met, everything else is lagniappe” and somehow it sounded like a natural thing that Frank Ocean would say all the time, like how other people say things like “good morning” or “oh how was your day?” 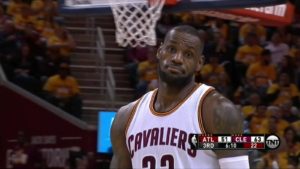