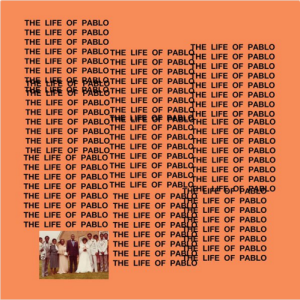 The cover art of T. L. O. P., the album that has stirred up so much controversy in its short life. Source

Kanye West’s new album has been in the news many times in the past couple of weeks. First, there was the issue of what it would be called. He changed album titles a few times before settling on T. L. O. P., which stands for The Life of Pablo. Then, there was the question of when it would be released.

Today, the album is in the media for a very different reason. After premiering at Madison Square Garden on February 11 during the Yeezy Season 3 fashion show, the album has been a hot topic due to a reference to another celebrity. In his song “Famous,” West had a couple of questionable lines that featured Taylor Swift. The lyrics say, “I feel like me and Taylor might still have sex/ Why? I made that b***h famous.”

As I’m sure you can imagine, Swift wasn’t okay with that. There’s been a lot of he said, she said with one of Swift’s representatives claiming she was not told what the lyrics exactly said, but had told West to not mention her because of the song’s misogynist message. On the other side, West said that he had her blessing, that the lyrics aren’t meant as an insult, and the expletive is a term of endearment.

So, the question is, is name-dropping okay?

Macklemore was also in the news recently for name-dropping in his new song, “White Privilege II.” The lyrics go, “the culture was never yours to make better/ You’re Miley, you’re Elvis, you’re Iggy/ Fake and so plastic, you heisted the magic.” Iggy Azalea responded and expressed her disapproval of the use of her name in the song. Eminem is also known for name-dropping and dissing people in some of his songs, one of which also included a diss for Azalea. It’s something you see a lot in hip hop. Ice Cube, Nicki Minaj, Snoop Dogg, Canibus, Jay-Z are just a few of the artists that have talked about other musicians in their songs. Eminen has handed out plenty of insults over the years, but he also receives them in the lyrics of other rap artists. But just because people do it, should we let them? Is there something wrong with insulting another person in a song?

I say it depends the content. If we are just talking about expressing dislike towards someone, then every musician in the world is probably guilty of that. Even Swift, our current victim, is known for writing songs about the people who have upset her over the years. Anger is a common human emotion, that often motivates people to want to express those feelings so it makes its way into all types of music, not just rap. The difference between artists like Swift and West is that in hip hop, the artist doesn’t hesitate to name the person the song is about. It’s not fun to be on the receiving end of someone’s lyrical attack, but it is similar to yelling or expressing dislike for a person. And as a celebrity and public figure, unfortunately your business is already out in the open for everyone to see. How different is Swift’s attack in “We Are Never Getting Back Together,” from Minaj’s “Roman’s Revenge,” when they’re both basically saying, “I really don’t like you?”

However, there is a line that shouldn’t be crossed. Ja Rule once made a lyrical attack on Eminem’s daughter. Eminem rapped in his song “Vegas” about raping Iggy Azalea. In “Famous,” West degrades Swift’s hard earned success by claiming it is all because of him and takes a misogynistic stand. Artists tend to write songs about the events in their lives, and sometimes that means an angry or insulting song because of something another person did. But that doesn’t make all name-dropping okay. There’s a difference between saying “I don’t like you,” and “You and I are going to have sex and also, I made you famous.” And if artists are allowed to make awful and misogynistic comments, then what does that say about us as a society? If Ja Rule, Eminem, and West get to cross these lines in their songs and people listen and buy them, then what does that mean for our culture? We can’t let musicians encourage awful behaviors or ideas in their songs because it then enforces the notion that these ideas are okay when they are not. Overall, the people of the world could learn to respect each other a little more and music would be a great place to start.