When talking about weird, avant-garde musicians, Frank Zappa’s name is usually thrown around.  I say “thrown around” because I feel like not many people who know his name really known much about his music.  Too many times I’ve heard someone say something like, “Oh, Zappa?  Yeah, his music is kind of weird, I’m not really a fan.”  There’s some truth to this statement; his music is, generally speaking, weird, but I feel as though many people don’t understand the spread of genres that Zappa incorporated into his own music.  Truthfully, I think that there’s at least one Zappa album for almost everyone. 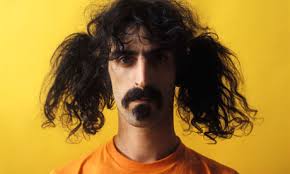 Anyone familiar with either my music taste or my radio show knows that I am a Frank Zappa disciple.  I have been for several years now, and I don’t see that changing.  From the creative, original guitar style to the imaginative compositions, he has pushed my perception on the boundaries of rock music, jazz music, and just music in general.  People usually group him in with rock musicians, which is partially true, but Zappa constitutes his own genre, really.  I have looked and looked, but no one (except possibly Captain Beefheart, one of Zappa’s friends) comes close to emulating the madness that is the world of Frank Zappa.

My first experience with his music was when I was a sophomore in high school.  On a whim, I bought Joe’s Garage: Act I at a local record store simply because I had heard his name and was interested.  I went home and listened and found it to be so intriguing, so new, so different than all of my other music.  I was immediately hooked and haven’t looked back.

I’ve decided to put together a list of albums that cover a wide range of different periods and styles of his music that I find to be good entry points to the music of Frank Zappa.  I hope that someone finds their new favorite album somewhere on this list. 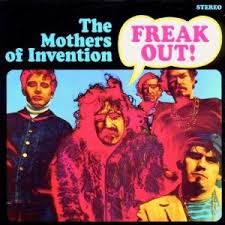 When you can’t find somewhere to start, start at the beginning.  Frank Zappa formed his now famous Mothers of Invention by joining the band and encouraging them to switch from blues and doo-wop covers to writing original music.  Often considering one of the first concept albums, the Mothers of Invention’s first album covers an astounding amount of ground for a debut album, from catchy doo-wop-inspired songs to very avant-garde sound collages (see “The Return of the Son of Monster Magnet”).  “Hungry Freaks, Daddy” and “Who Are the Brain Police?” remain fan favorites, while my personal favorites off of the album are “Wowie Zowie” and “Help, I’m a Rock”, the latter being one of the weirder songs from the album.

Freak Out! was also the second double album (being beat by Bob Dylan’s Blonde on Blonde) and the first double debut album. 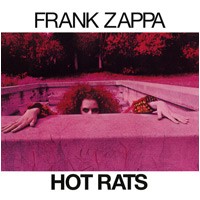 For the more jazz-inclined, Hot Rats is the best place to begin, especially if you love jazz fusion.  With five out of the six songs being instrumental, Zappa takes time to focus on the music rather than the satirical lyrics prevalent on his works before this album.  The only song that does have vocals, “Willie the Pimp”, is pretty much a collaboration between Zappa and Captain Beefheart (with Beefheart on vocals), and it is essentially a bluesy jam.  Multi-instrumentalist Ian Underwood really proves himself on this album as well, overdubbing all of the wind instruments on the album.  This may not seem like a huge task to overdub the winds, but listen to “Son of Mr. Green Genes” and then get back to me.  The sheer detail put into the songs on this album makes it a masterpiece and one of my all time favorite albums.  Hot Rats was also one of the first albums to be recorded using a 16 track.

Overall. Zappa’s second solo album Hot Rats is one in my top three Zappa albums (maybe my favorite) and one of my favorite albums of all time.  Songs like the catchy fan favorite “Peaches en Regalia” and the jammy “Gumbo Variations” make it especially memorable. 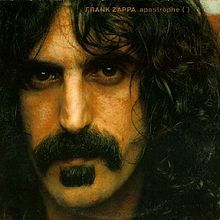 This is one of Zappa’s only albums that ever really made it to any sort of popular status, mainly due to the slight popularity (largely due to novelty) of Zappa’s hit “Don’t Eat the Yellow Snow”.  Apostrophe (‘) is a “classic” Zappa album, meaning that he often recorded albums in a similar fashion during the 70’s.  Jack Bruce also appears as the bassist during the jam session of a title track.  The first side of the album could be the best introduction to the crazy world of Zappa throughout his entire discography.  From the wacky lyrics about growing up in a frozen wasteland to having to see a psychic to relieve a curse to the even wackier music (see “St. Alfonzo’s Pancake Breakfast”), the first side is wonderful and serves for a great introduction to Zappa’s music.