I know what you’re thinking. Perhaps you’re thinking marching band is lame. When you see or hear the words “marching band,” you might think of the stereotypical “band geek” who walks around talking about cork grease and spit valves. Or maybe you think of sexually frustrated high schoolers, who brag about all the unmentionable things they did during that one time at band camp (looking at you, American Pie). But, I can promise you that marching band isn’t really like that…

…well, except maybe for that one time at band camp. Anyone who’s been in marching band knows band camp can get pretty wild for a number of reasons.

All band jokes aside, here is an explanation for why everyone should experience the Honda Battle of the Bands at some point during their lifetime.

The Honda Battle of the Bands, colloquially referred to as “The Honda” or “HBOB,” is an exhibition that takes place in Atlanta, GA, in late January of every year. It began in 2003 as a way to showcase the talent of historically black college and university (HBCU) marching bands. HBCU bands from throughout the South perform at a preliminary event, The Invitational Showcase; then, the eight best bands from the Invitational are selected to perform at the actual Battle of the Bands in the Georgia Dome in January, in front of more than 50,000 cheering, dancing, and adoring fans. Honda, who sponsors the event, also grants more than $205,000 to the participating schools’ band programs.

This year’s HBOB took place on Saturday, January 25. Although the actual Battle happened only on Saturday afternoon, all the fun and entertainment stretched across the entire weekend. To give the most accurate sense of just how fun the Honda was, here is a break down of the weekend’s events:

The Honda unofficially begins on Friday with the Bowl-n-Stroll. The Bowl-n-Stroll is an event in which members of Tau Beta Sigma (ΤΒΣ) and Kappa Kappa Psi (ΚΚΨ) (two marching band service organizations) from many different universities basically have an all-night dance party in an Atlanta bowling alley. Members of other service organizations, such as Zeta Phi Beta (ΖΦΒ), Alpha Phi Alpha (ΑΦΑ), and Phi Mu Alpha (ΦΜΑ) are also present. The main feature of the Bowl-n-Stroll is the strolling competition. In case you’re confused about what “strolling” is, it is a type of synchronized dance that includes all sorts of intricate hand patterns, syncopated steps, twists, turns, and (occasionally) backflips. Check out this demonstration by the Omega Gamma chapter of ΚΚΨ (Texas Southern University) at the 2012 Bowl-n-Stroll.

Individual ΤΒΣ and ΚΚΨ chapters compete in several rounds of competition until a winner is declared. After the winner is crowned and the competition ends, the bowling alley transforms into something like a nightclub. Loud rap and hip-hop music plays, while everyone dances well into the night. Also, impromptu strolling is not uncommon, so if you ever find yourself in the middle of the dance floor, watch out!

Saturday afternoon: Battle of the Bands

After strolling all night at the Bowl-n-Stroll, everyone needs plenty of time to R&R before the HBOB, which begins at 3pm the following day. Unlike the Bowl-n-Stroll, which is mostly for college students, the HBOB is more of a family event. People of all ages come to enjoy the performances.

Highlights of the HBOB include the performing bands, the emcee’s commentary, and a special celebrity guest performance. Each band is given approximately fifteen minutes to put on the most entertaining show they can create. Most of the tunes they perform are popular, upbeat hip-hop and R&B songs from the last year (i.e. “Suit and Tie,” “Take Back the Night,” “Get Lucky”), as one of the main goals of the HBOB is to excite the audience. When fans hear songs they recognize, they don’t just smile appreciatively and nod their heads; they show their appreciation by cheering, clapping, getting out of their seats, and dancing along to the music. With eight ensembles of talented, young musicians blasting your favorite songs directly at you, it’s hard not to get excited! Not only do these bands play their instruments and spin their flags really well; they dance, and man, do they dance! Also, the style of marching of HBCU bands is very different from that of other college bands. HBCU bands use a technique called “high-stepping,” where they pick up their feet and bend at the knee while marching.

It wouldn’t be a battle unless it were a competition! This year, for the first time ever, the fans voted for their favorite performance. Here is a video of North Carolina A&T’s Blue and Gold Marching Machine, the winners of the 2014 HBOB. Skip ahead to 9:12 for an epic drum cadence (SPOILER ALERT: the snares play while being held upside down!).

Of course, more goes on during the HBOB than just the performances. The emcee fills a pretty important role. He is the face and personality of the HBOB. He introduces the bands as they march onto the field, starts the wave, initiates an “old school versus new school” dance battle in the audience, and makes many hilarious jokes. There is also the HBOB Fame Contest. This year, one young aspiring musician was selected to win a brand new 2014 Honda Civic.

The last important part of the HBOB is the celebrity performance. This year’s performer was Big Sean, famous for his 2011 hit song “Dance (A$$).” 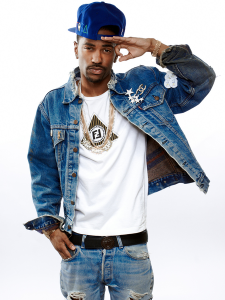 Saturday night: The after party!

By this point, the actual competition has ended, which means it’s time to party! One of the most enjoyable events of the weekend is the ITB Official After Party. Hosted by a group who calls itself “The Party Kings,” this after party has been described as the “party with a purpose” and “an epic event.” It certainly is an epic event. The Party Kings rent out The Loft at Center Stage, one of the most famous music venues in Atlanta for the after party. The party officially starts at 9:30, but crowds of people don’t begin to show up until midnight or later. Entrance is free until 10:30, then the cover is $10. From there, everyone dresses to impress, buys a few drinks if they are of age, and dances until sunrise while a DJ and a live band play some of the most hip and danceable tunes.

By now, this article should have sparked an intense desire within you to go to the Honda. A date is yet to be set for next year’s HBOB, but expect it to be sometime in late January. From the Bowl-n-Stroll, to the Battle of the Bands, to the after party, it is an incredibly exciting event that is not to be missed. Whether you choose to attend all the late-night dance parties or explore the city of Atlanta in a quieter way, The Honda is an excellent way to meet and make friends with people from across the country who are also intensely passionate about music. So, if you have nothing else to do are hoping to experience a weekend full of good music, lots of dancing, excitement, and meeting friendly and enthusiastic people, make that short drive on down to Atlanta next year for the Honda Battle of the Bands!