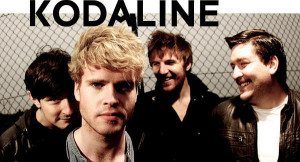 It has been on my bucket list since the beginning of my first semester – watch an awesome show at the Exit/In. That may be redundant, considering the bands that come to the venue are more likely than not, extremely talented. Some of them have been lucky enough to have their names written on a large wall behind the bar or on the grand mural outside the front door. Well, I would argue that the show I went to, Kodaline with the fantastic opener LP, should be put up next on that wall of fame.

I was invited to the concert after expressing brief knowledge of Kodaline. They are a Dublin-based rock/alternative band that used to be called 21 Demands from 2005-2011, until they made their name change. Several EPs have been released since their formation, but they are most well-known for their album “In a Perfect World.” The 11-song masterpiece was performed nearly in full during the concert. Many of the songs were made into more acoustic, playful performances as compared to the recorded version. An example is below, featuring one of my favorite songs “Way Back When”

Backtracking now to LP, she was in my opinion the highlight of my time at the Exit/In. While her energy was not matched to Kodaline, her unique voice and poetic lyrics won the crowd over. Her style was very Marc Bolan, but other than that I cannot pinpoint a singer that she emulates. She definitely does her own thing, and wow does she do it well. By the end of her performance she announced that she will be releasing this song in her next album in May:

Other highlights from the show included several mentions of their Irish-ness by Kodaline through the wonderful accent and amusement they expressed from “making it to Nashville.” I loved the intimate location of the Exit/In since both LP and Kodaline definitely engaged us more personally than in most other shows I’ve been to. They responded to nearly every fan who shouted out at them in between songs, played 4 songs for encore, (and brought LP back for the last song), and had an overall incredible enthusiasm that resonated with the audience.

And now, some pictures taken by yours truly to highlight the best of the best at a show that I hope will return to Nashville soon! 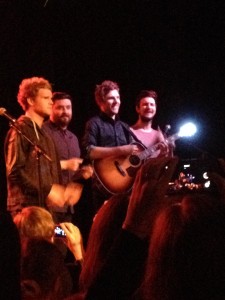 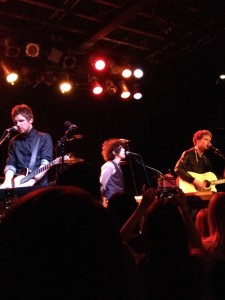 LP jamming with Kodaline during encore 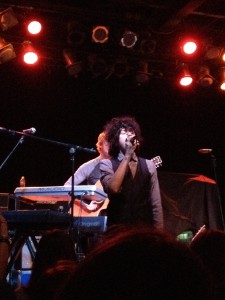