It’s that time in the semester.  Things are starting to get crazy.  Those projects are piling up.  Finals are just over the horizon.  Right now you’re probably halfway through an intense study session, your study playlist is exhausted, and you find yourself checking WRVU for your emerging music needs.

Luckily for you, I have some great artists to bolster the ranks of your depleted library as you take on the end of the semester.  As a general rule, these artists don’t feature many lyrics in their songs as I generally find lyrics to be distracting from my work.  If you can get into the studying zone while listening to music with prominent lyrics, then I envy you. 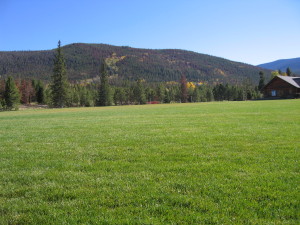 Pictured: A grass field. This has nothing to do with The Field but it looks nice.

This Stockholm born, Berlin based producer melds a variety of pop samples to form extended, ambient swaths of minimal techno music.  His music is subtle, atmospheric, and minimalist with just the right amount of punch to get you in a rhythm but to avoid excessive foot tapping and head bobbing in the library.  If you need to work to a beat, check out the single below or his album Yesterday and Today.

The Field – I Have The Moon, You Have The Internet 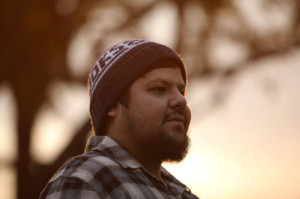 This guy is a California based musician whose tunes can best be described as electronic shoegaze.  Yppah’s moniker is apt, as his music is extremely happy and relaxing.  Often his music features a clean, smooth guitar riff, some trickling synth notes, and a calming drum pattern.  Occasionally he might throw in a thought-provoking sample or a bit of distortion for some welcome dynamic contrast.  On his newest release, Eighty One, he features vocals from Anomie Belle which are very passive and calming.  This music fades perfectly into your subconscious and promotes happy listening and happy studying.  If you like the single below, check out Eighty One or They Know What Ghost Know.

Yppah – Happy To See You

If These Trees Could Talk 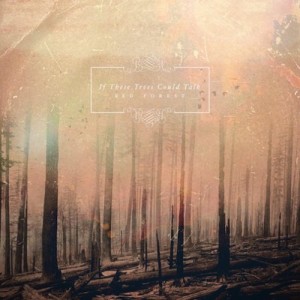 Their cover art says it all.  These guys are an Akron, Ohio based post rock outfit that descends upon you like a morning fog over a barren forest, expertly blending atmosphere and intensity.  This music is perfectly capable of fading into the background to allow focus or coming to the front of your mind as a source of motivation.  Either way, it is hard to feel like what you are currently doing isn’t epic and important when you’re listening to this group.  Check out their albums Red Forest and If These Trees Could Talk.  Other heavy post rock/post metal to check out if you like these guys could include Russian Circles, Pelican, Maybeshewill, or Deafheaven if you’re feeling adventurous.

If These Trees Could Talk – Barren Lands of the Modern Dinosaur 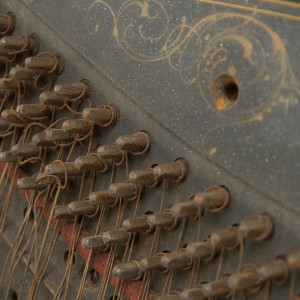 Album Art for You, You’re a History in Rust

The call to action present in this band’s name is inspiring for getting work done, to say the least.  Appropriately, they adopted the four verb moniker from the walls of the Toronto elementary school classroom in which they held their first rehearsals.  Their music follows up with the perfect soundtrack to accompany this imperative of action.  It is delicate, yet driving with dynamic contrast and instrumental diversity present to add texture throughout their tracks of varying length.  Albums to check out for these guys are Winter Hymn Country Hymn Secret Hymn and You, You’re a History in Rust.  Other good post rock like this would include Explosions in the Sky, This Will Destroy You, Mogwai, The Album Leaf, and perhaps even Godspeed You! Black Emperor. 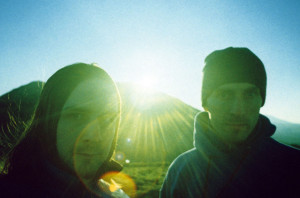 There isn’t much that I can say about this legendary Scottish electronic duo that hasn’t been said already.  Their music is warped, genre-pushing, and almost alien at times, yet it achieves this while being extremely chill.  The blurry beats and ice-cold samples of their tracks always manage to work me into a productive haze.  Hopefully this holds true for you too.  Check out Geogaddi and Music Has The Right To Children.

Boards of Canada – Music Is Math 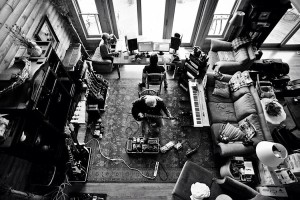 This is the logical conclusion of all study music, reduced all the way down to moving drones and pure, comforting atmosphere.  Hammock is just as likely to put you to sleep as to get you working, but if you find yourself unable to study productively with any music on at all,  then you may find your productivity unfettered by this aural equivalent of a warm blanket.  For sheer, comforting bliss check out Raising Your Voice… Trying to Stop an Echo and The Sleepover Series.

Hammock – I Can Almost See You