An album two years in the making finally presented itself this past August. Dry the River’s Alarms of the Heart exudes a confidence that wasn’t as obvious in listening to the band’s first album. Actually, in a lot of ways, the two albums are super different. 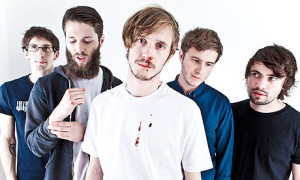 Shallow Bed embodied, in its entirety, an overwhelmingly haunting feeling. Peter Liddle, the band’s lead singer, possesses an undoubtedly eerie tone throughout each song, complimenting a perfect marriage of poetic lyricism and honest folk-rock musicianship. There was something spiritual about the music; something yearning in the melodies, something hollow in the vocals as imaginative metaphors told beautiful stories. (See video below for example of Shallow Bed material) And with those components, Dry the River made for a very intriguing band. So much so that after three years of touring, the band needed to take a break before composing anything new.

In an attempt to revitalize its passion for music, the group took off towards Iceland.

“Recording in Iceland was about shutting ourselves off from our daily lives and our heavy touring schedule to rediscover what Dry the River means to us. We suspected it would be some kind of otherworldly experience, and it was: beautiful and alien, lonely and taxing but ultimately rewarding. The end product,Alarms in the Heart, is so heavily engrained with that process, that strange location and the experience of being there, that you have to take the two together.” – Peter Liddle, singer (PopMatters)

But what did going to Iceland do for the band, you might ask?

Well, it helped them to produce an album that did almost a complete 180° turn in the opposite direction of their last album. This album, when compared to their previous album, is far more lighthearted.

The stories told are less poetic narratives and more splices of imagination-capturing imagery – which, don’t get me wrong, isn’t necessarily a bad thing. In addition, there are glimmers of very real emotion. Certain lyrics deal with vulnerability, enchantment, and biblical dependency. But instead of communicating these emotions in a sophisticated way, they’re more passé.

What I’m trying to say is: this album relies heavily on rhythm and infectious melodies; not so much on lyricism or ingenuity.

And at first listen this upset me. I was revolted by what I saw as an effort by Dry the River to change their goal from providing a pensive testimonial to humanity to giving the world a more palatable, dance-inspiring experience. I felt like it was as if James Cameron were to release a movie with the same characters and setting as the Titanic except the ship never sank. The new movie would be entertaining, but without the haunting agony that the characters go through, there really isn’t much to try to empathize with.

But, I gave it another try. I can say for certain that listening again saved my opinion of the album. I grew to appreciate its good-natured tone and the irresistible catchiness of it all. After all, why do we have to be serious and sad to understand each other?

I think Alarms of the Heart is a diverse album.  Some songs will have you unknowingly swaying and tapping your foot (“Hidden Hand”) and others will have you caught up in the beauty of the music, awestruck with harmony (“Gethsemane”). While it may not be as emotionally revealing as Shallow Bed, it definitely still has value. If Jack and Rose had had the chance to live a fulfilled life in happiness, would we really be that upset that the element of tragedy vanished? 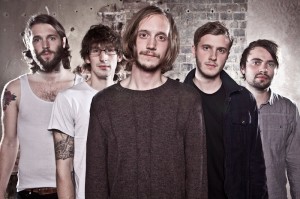