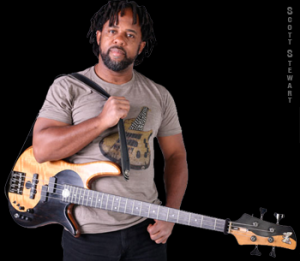 On September 18th, virtuosic bass player Victor Wooten premiered his unprecedented electric bass concerto, entitled “The Bass Whisperer: Concerto for Electric Bass and Orchestra”, with the Nashville Symphony Orchestra. Often times, it was hard to distinguish where bass ended and Victor began, making the night memorable for everyone in attendance.

Born on September 11, 1964. Wooten waisted no time in becoming a musician. As he explains in his TEDx talk, the seeds for his musical genius were sown pretty much at birth with his musical upbringing; Wooten even performed in gigs as early as 5 years-old with his four other brothers. Wooten’s big break came in 1988 whenever he joined Bela Fleck to become one of the original members of Bela Fleck and the Flecktones. This multi-faceted bluegrass/funk/jazz fusion band was able to gain major international recognition, and helped Wooten’s solo career shoot off. 26 years and 5 Grammy’s later, Victor Wooten is still a highly influential and sought after musician.

Wooten’s new bass concerto was written in collaboration with Nashville composer Conni Ellisor in order to showcase the bassist’s musical ingenuity. The two exchanged ideas in person and over Skype while Victor was on tour. For the most part, Wooten wrote out the bass lines and Ellisor devised ways for the orchestra to artfully back him.

Wooten’s talent was showcased in a variety of ways throughout the three movements, such as improvised cadenzas, bowing on a fretless electric bass, and even laying down a groove so the orchestra can take lead. The cadenzas had hints of Wooten’s funk and R&B background, but Wooten opted to take on more traditional orchestral melodies while engaging in call-and-responses with the orchestra. Even when Wooten was backing up the orchestra, his performance still somehow was at the center of attention. If you are wondering how Wooten’s skills could possibly fit in with a traditional orchestra, watch thirty seconds or so of “Classical Thump” off of his 1996 solo album, A Show of Hands:

The performance ended with the quintessential Victor Wooten encore: “Amazing Grace”. His rendition of the hymn has been a staple of his solo performances for years, and it definitely shows in the ease with which he plays it.

If it was not clear to concert goers before entering Schermerhorn Symphony Center, it was definitely clear to them afterwards: this piece was entitled “The Bass Whisperer” for a reason. Only someone with an inconceivable level of familiarity with the instrument could pull of such a performance.