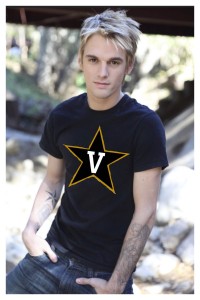 Only 90’s kids will remember: “hip-hop” heartthrob Aaron Carter was the coolest kid on the block circa 2000, and now he’s going to rock Block Party during homecoming week at Vanderbilt University. That’s right—twenty-seven-year old pop-prince Aaron Charles Carter is making a grand appearance on our campus on October 22 at 7:00pm, and I couldn’t be more excited.

Carter first started performing when he was just seven years old, and he opened for iconic boy-band The Backstreet Boys when he was only ten. Ever since his big musical beginning, he’s been busy making albums, touring, and performing. While we’re all familiar with his famous hits, such as “I Want Candy” and “That’s How I Beat Shaq,” here’s a list of things you might not know Aaron Carter has done:

And finally, here’s an Aaron Carter throwback playlist that’s certain to get you hype for him to take us all to homecoming.