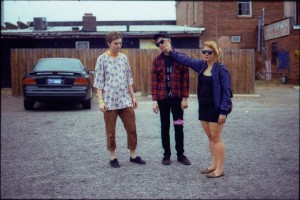 The south is strange and everyone’s always known it. Maybe that’s why some of the best music has always bubbled up from it. People have their own ways of dealing with things, which isn’t exclusive to the south of course, but southern people don’t like change, as the cliché goes. As music generally does, southern music takes on a lot of the characteristics of the environment it’s created in. Think of the twang of old country, the sparse emptiness that can stand in for anything from countryside desolation to sheer heartbreak. Screwed and chopped rap, pitched to the point where every lazy bass rattle thumps with its own measured certainty. The unabashed euphoria of D4L, of New Orleans bounce music, of Soulja Boy and the great tradition of the barbecue. There’s a reason NYC rappers shunned melody in rap for so long while Future and Young Thug practically warbled their way into other dimensions. The south is aware of its strangeness, and it doesn’t make amends of concessions for it.

Elvis Depressedly is a band that began in Columbia, South Carolina and the southern influence is felt. This isn’t to say that the style of the music is southern rock or anything like that, but the feel and context of the song is very mindful of its roots. Ask anyone whose driven on country roads about the billboards rolling past, bearing numbers of church hotlines and personal directives from Jesus. They all seem to have a central message, “you can be a non-christian here, but you can’t escape God”. Sweltering heat and languid porch sitting go hand and hand with communion and barking preachers, red in the face and striding past pulpits.

Elvis Depressedly may not have attended church in years, yet they know the impact a preacher’s voice can have, especially on young ears. They probably understand the intricacies of southern politeness, how nothing is stated and everyone smiles and makes small talk, all the while concealing things underneath the surface of good conversation. They definitely know the boredom of wide open skies and empty horizons, boredom that matches well with the hazy stupor of summer. Boredom is part of the reason so many kids get way into wrestling; hoping to latch on to a sense of legendary excitement, of fanfare, of heroes being made and villains rising to face them. 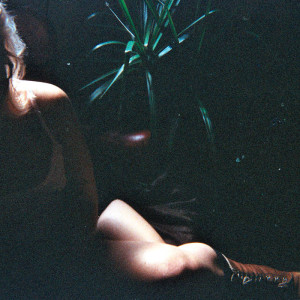 Elvis Depressedly is well-versed in all of these things because they incorporate them in their music, most strikingly in their new record this year, new alhambra. Named for a famed Philly wrestling arena, the album weaves syrupy pop culled from frontman Mat Cothran’s introspection and childhood memories of bellowing televangelists speaking of hellfire, televised wrestling match glory, and of feeling empty and useless, barely getting by. Supported by keyboardist Delaney Mills’ subtle melodies and Mike Roberts’ bass playing, both Mills and Roberts shine in multiple regards as they layer melodic hooks behind Cothran.

Songs like “rock n’ roll” contain wry deconstructions of forced religion and the “prophecy of diet pills” while others like “new alhambra” sound like they should be played while watching dust float through light spilling into a dark room. There are multiple stunners on this record, and the band’s live show is incredible; with Cothran beautifully singing his way over mesmerizing keyboard playing and swirling moments of guitar work. In terms of band’s discographies, Elvis Depressedly has got a very strong catalogue, to which this newest album is a welcome and promising addition. The friendly circle of bands that includes Elvis Depressedly is overflowing with talent and excellent songwriting instincts, from Alex G and R.L. Kelly to Mitski and Spencer Radcliffe. Gonna list some of the other bands because all of them are really worth listening to.

There you go, the whole bandcamp illuminati there, you should support them all, make them bandcamp millionaires. 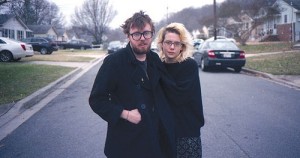 Cothran is also a very friendly guy, so shouts to him.