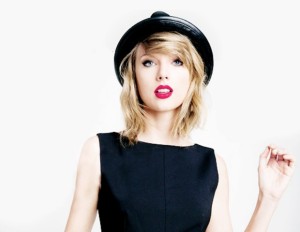 Just last week, pop star Taylor Swift bought up two new websites: TaylorSwift.porn and TaylorSwift.adult. I doubt it will surprise many of you to hear that neither of these sites will be utilized for their implied purpose. Instead, this is another instance of “domain squatting”, where an individual purchases a domain name either with the intent to profit off of a large amount of ads placed on a legitimate-sounding domain, or in this instance to prevent others from having the domain title. With Swift’s high degree of visibility, it was probably a good PR move. Not all celebrities have been that lucky, however.

Back in 2000, Madonna was made aware that the domain Madonna.com was actually being used as a porn website. What occurred next was a long legal battle in which Madonna had to prove that the domain was not bought in good faith and that it was using her trademark to profit. The same year, Sting lost a lawsuit to reclaim Sting.com due to an inability to prove that the current owner had purchased it in bad faith. Allegedly the owner of the domain had offered to sell the domain to Sting for $25,000, however there was no proof for Sting to back up this assertion.

The real question at the heart of this issue is whether or not celebrities have the right to these domains, particularly if they are going to just leave them empty. On the one hand, making a porn site under the name Madonna.com is clearly profiting from the pop star’s trademark, but what about more innocuous domains like KanyeWet.com? (For the record, Wet apparently did not realize that KanyeWet is a very close misspelling of KanyeWest.) Additionally, what about fan websites that have ad placement? They are clearly using the name recognition to get more hits, and if they have ads then they are probably profiting. However, if it genuinely is a site devoted to fans of a particular artist then should it really be illegal?

In this particular instance, at least, T-Swift seems to think better safe than sorry. Which is probably the right move for her. I mean, the haters gonna hate hate hate, am I right?