The other day I was scrolling through the Internet and I passed an advertisement asking me to watch a new Smashing Pumpkins music video. For a solid two minutes, I stared at Billy Corgan’s round, bald head wondering when the Smashing Pumpkins would finally call it quits. Looking at the 90s band in 2015– middle-aged men in raggedy t-shirts and jeans with patches– I felt uncomfortable. 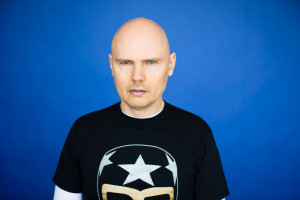 This is something I’ve struggled with for a while, honestly. As a fan of rock and punk and every mish-mash of the two, I get frustrated when my favorite musicians age. Around my freshman year of high school I wrote an article about Green Day’s 21st Century Breakdown. I proclaimed that it was nonsense and that the Green Day boys just needed to go ahead and take a seat. I got a lot of Internet backlash from Green Day fans, but the general consensus was that Billie Joe Armstrong was just too old to be wearing eyeliner and singing about his angst. Billie Joe Armstrong in 2015 Green Day is a mom in a crop top.

But as I thought about it the other day, staring at the reflection on Billy Corgan’s bald head, I wondered why it really bothered me.

Why can actors and comedians go on for years and years without anyone caring? If these guys really feel that making music is their “calling,” shouldn’t they keep going?

DISCLAIMER: do not misinterpret my analysis. I like Smashing Pumpkins, Green Day, the Beatles and Weezer as much as the next gal but I do believe you gotta know when to hold ’em & know when to fold ’em.

So this is kind of how I think about it. Obviously I didn’t include several genres, but I felt like a lot of artists could fall into some variation of these ones… and honestly, for the ones I didn’t include, I’m really not sure about which age groups are finding success there so it’s probably better off that I don’t pretend that I know.

I also want to specify that sometimes, although an artist claims to fall under one category, I might not consider their work to be a part of that category. *ahem- what people often call country music*

So, consider that there are divisions like that within lots of genres, which makes an analysis like this difficult.

But anyways, I divided the music industry into those two groups. My next step was to think about what those groups had in common and why I felt like I could divide them into their categories.

I made a list of artists to think about:

Reba McEntire & Dolly Parton: they have had long-lasting careers and have found success both in their young age and in their old age. I’ve never thought to myself “Man, Reba McEntire is too old to be performing” They started their careers singing about heartache, happiness, and family and have continued their careers singing about the same things.

Blink-182 & Weezer: they grew incredibly popular singing about teenage angst, potty jokes, drugs, and sex. Now they’re older and have families. Both have recently they tried to make a comeback with extremely limited success.

The Rolling Stones & Paul McCartney: were once wildly successful, then turned into dinosaurs and insisted on trying to maintain the same image. When people go to their concerts, they’re really just trying to get a glimpse of the legends and to *fingers crossed* hear some of their old songs. No one likes their new stuff, it’s lame.

Snoop Lion & Jay-Z: they’re both in their 40s. They discuss drugs, sex, money, and their own success in their songs. Now that they’re older they almost have more credibility and esteem, which was really interesting to me as I was thinking about it.

Jack Johnson & Ray LaMontagne: they’re both roughly 40 (Johnson is still 39 and LaMontagne is 41) and they have managed to make waves in their coffeehouse singer/songwriter genre. Moms and people doing homework love them. I don’t know if anyone really knows or cares what they’re singing about but I think they talk about being happy, being sad, being in love…that sort of general stuff.

One Direction & the Jonas Brothers: pop musicians who cultivate(d) an air of boyish charm and, without a serious image overhaul, fell/will fall out of the limelight soon. They sing about teenage love mostly.

Johnny Cash & Bruce Springsteen: survived/surviving until the very end. They’re those calloused badasses who sing about whatever in a husky voice and people eat it up. It really doesn’t seem to matter how old they are. They can sing about prison, America, love, or do Nine Inch Nail covers forever.

Brad Paisley & Kenny Chesney: they’re not super young. They fall into that country-pop category. I think males in this genre almost have to be at least 30 and they can make it until they’re maybe 50. Females have to be between 20 and 35, unless they can reimagine themselves to be less pop-oriented and more like Reba and Dolly, which might limit their audience as younger musicians.

And these were the artists I really wanted to zero in on – how had they stayed relevant for so long?

Taylor Swift & Miley Cyrus: both of these artists totally repurposed their personal brands. Taylor Swift was turning into old news in the pop-country scene, her songs were about the same things and starting to blend together. She escaped that by fleeing to the pop music scene where she could sing about a basically the same topics with different instruments and without having to use the words field, truck, small-town, or backroads.  Similarly, Miley Cyrus got trapped in the pop scene, hit a wall, and escaped by trying to assimilate into the hip-hop/crazy person scene. They both aged out of singing about teenage romance and into singing about, in Taylor’s case empowerment, and in Miley’s case drugs.  You’ve gotta show a change in mental age (aka maturity level – even if the transition from young love to drugs isn’t exactly responsible, it is a bit more “age-appropriate” for lack of a better word) in order to stay relevant. 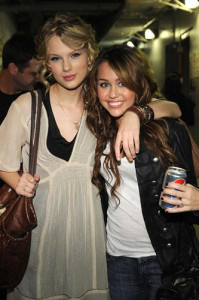 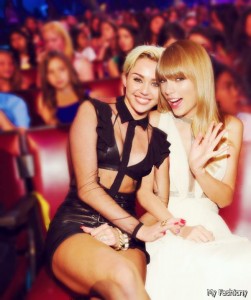 Dave Grohl & Eminem: both artists started making names for themselves back in the 90s – Dave Grohl with Nirvana and Eminem with Infinite and Slim Shady. For Grohl, when Nirvana endured its tragic end, he was forced to reinvent himself. Of course, the Foo Fighters don’t venture too far from where Nirvana previously was, but Grohl developed from drummer to frontman, thus rebranding himself and remaining relevant. Eminem gained traction in the rap scene with his Slim Shady LP but once he released The Eminem Show three years later, he lost a lot of the respect he had gained. After releasing another unsuccessful album, Eminem made a change. Instead of singing about skeevy, childish club scenes and drugs, he moved on to a more inspirational sound. With songs like “Not Afraid” and “Survival” Eminem garnered recognition in the field, rising to the top of the genre once more. 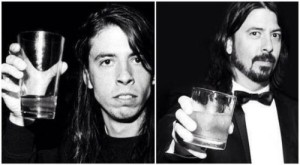 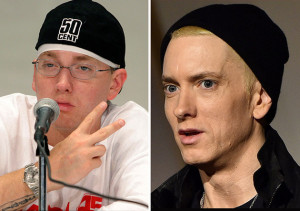 By then it became clear to me that pop, punk, and rock artists weren’t allowed to be old or grow old – and I thought I knew why. I postulated that because a lot of the sentiments in those genres (wild partying, angst, drugs, sex and sex appeal, etc) are shared primarily by youths; that it wasn’t appropriate for adults to be singing about them. I thought it seemed like wild partying and teenage angst are sentiments we grow out of and move on from. But then I thought about rap…

A lot of rap is about violence, drugs, money, sex, and partying – all of which don’t seem like things a responsible, adult person should be participating in…silly adults, parties are for kids!…Yet rappers seem to be fine with age; a lot of the time they even gain esteem for being in their 30s or 40s. A lot of successful rappers don’t even start to make traction until they’re older. Kanye West only really started to make a splash on the scene when he was around 27, at an age older than most pop stars can expect to start their careers at.

But rappers are almost always sure to discuss one thing that no other genre discusses…their own skill. And that’s what separates rap from the other genres that are reserved for youth. Rappers constantly reference how talented they are. They make their partying, drug use, and excessive cash flow acceptable by proving that they’ve earned it. They trash other rappers, they spit lines about how clever they are, they work with each other to strategize how to make their work better than the next guy’s. Rappers are like businessmen – they, through their lyrics, communicate the “work hard, play hard” mentality. On the other hand, pop, punk, and rock singers merely appear to play hard…and that’s what makes it inappropriate for them to do so as adults.

Artists in the country and singer/songwriter genres can also find success at an older age. It’s probably because they’re not singing about things that are particularly youthful. Younger country music singers, the ones that are more fleeting and don’t have longterm potential, often do. But in both genres, singing about values, family, happiness, or other universal, responsible sentiments gets you pretty far.

In conclusion, age matters. It matters all throughout the music industry but varies depending on the genre. If you’re planning to stay relevant for a long period of time, you have to consider which genres appreciate which age groups…or rather, just consider singing about things that are age-appropriate. If you were in a successful band in your 20s, you’re not allowed to drag it out forever. Similarly, if you were never in a successful band but you’re now 45, don’t even bother releasing songs about drugs, sex, angst, or partying unless you have a younger artist to sing them for you or you’re into rapping about how clever you are as well. And, on the same note, if you’re Billie Joe Armstrong, please accept your age and fold your hand already. 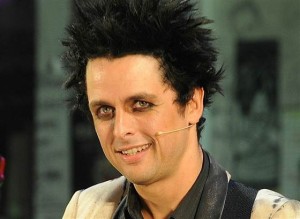