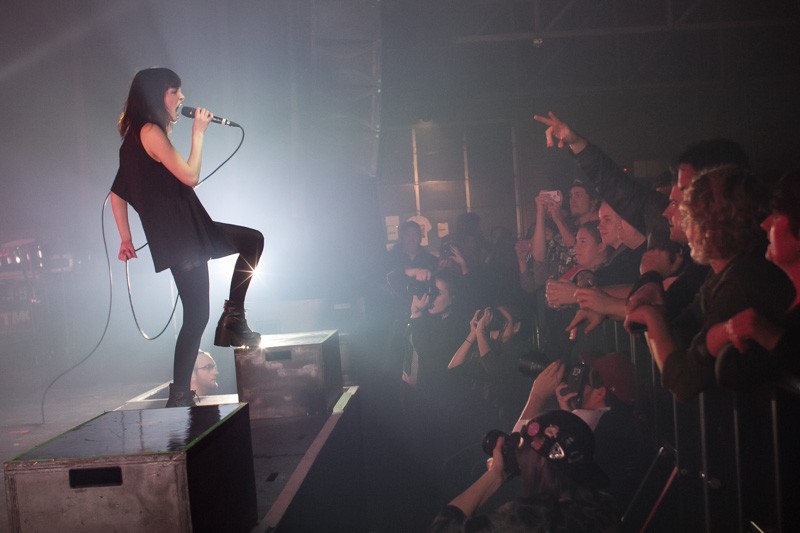 I feel like I seem to always go to concerts when I’ve gotten minimal to no sleep the night before. This past Tuesday, was no different; when I had finally wrapped up my (incredibly poorly written) lab report at 6 AM after working through the night, I was pretty hesitant about seeing Scottish band CHVRCHES at Marathon Music Works that rainy evening. After a brief hour and a half nap and more cups of coffee than I would like to admit, I decided to forego another couple hours of sleep and make my way to Marathon around 9 PM.

A little backstory; I had seen CHVRCHES in December 2013 when they played at Exit/In and it was one of the best concerts I saw that fall (which means to say that they were extremely good; I had also attended Arctic Monkeys and Vampire Weekend in the same time period which were and remain two of my favorite bands). They played a killer show that night, and the intimacy of Exit/In really brought lead singer Lauren Mayberry’s endearing awkwardness to life. I knew their music better this time around, and their newest album, Every Open Eye, has been a regular rotation pick on my show.

Due to leaving so late, we only waited about 15 minutes before CHVRCHES took the stage. They started their set with “Never Ending Circles”, one of the singles off their latest album, before playing a good mix of old and new songs. One thing that I love about CHVRCHES is their light display; I was fascinated by how cool their stage presence looked from the audience. Mayberry still exuded her delightfully awkward personality, something that (I think) makes them incredibly relatable. (Side note: to be fair, I understood approximately 50% of what she said. Scottish accents are hard).

About halfway through, the band announced that they would be bringing a special guest onto the stage to help for the next song. A half second later, Hayley Williams walked out to audience pandemonium. Another backstory side note: I was a huge Paramore fan in middle school/early high school (but who wasn’t?? Paramore was and is awesome!). I also saw Williams a couple times at Barista Parlor over this past summer, but was too intimidated to say anything. It has been a lifelong dream since middle school to see Paramore live, and honestly, this was almost just as good. Williams joined in on the performance of the song “Bury It” (incidentally, also my favorite song off of Every Open Eye). It was really awesome to hear a CHVRCHES song semi-covered by an artist in such a different way. Her pop-punk influences could clearly be heard in the refrain that she sang alone. If you want to hear for yourself, check out the youtube video below (sorry about the quality, unfortunately that’s what you get with fan-uploaded videos). 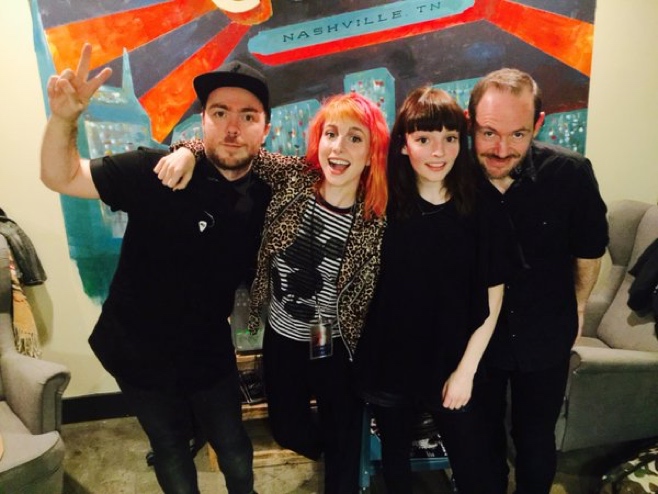 CHVRCHES ended the concert with a two-song encore, starting with slow burning “Afterglow” and finally finishing with their most popular track to date, “The Mother We Share”. My only complaint was they didn’t play my favorite song, “Night Sky”. Overall however, I think it was on par (or better) than their performance two years ago. They seem to have really progressed as a band in such a short time, and I am really thankful that I have had the opportunity to see them twice. Definitely worth losing a couple hours of sleep.