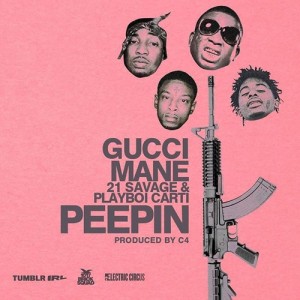 Listen to “Peepin,” Atlanta icon Gucci Mane’s commemorative track for THEBURRPRINT.COM, and you’ll hear two of the city’s youngest and brightest rising talents. Playboi Carti and 21 Savage represent some of the best of the “New Atlanta” wave, a sorta shaky label that seems to get more and more nebulous. A better descriptor would probably just be “underground rap” but even this conjures up images of dusty cyphers and grimy dudes with backpacks and NYC golden-age obsessions. It’s best to just say that this versatile group is solely doing their own thing on their own time, which is fine because they’ve kept the city laced with talent for a while now. I’m gonna name names now: Key!, Rich The Kid, Two-9, Peewee Longway, Tk N Cash, K Camp, Bankroll Fresh, and Hoodrich Pablo Juan have been making hits for a minute now and frankly, it’s glorious. Add them to Father and the rest of Awful Records and you start to realize how bountiful good rap is in the city (same city that has Young Thug btw). These artists may not be running the radio game as well as the gawds Future, Migos and Rae Sremmurd (yet) but their presences are definitely felt. 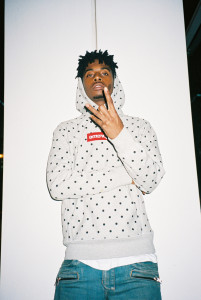 Back to Playboi Carti and 21 Savage, who occupy fairly unique positions within this climate. Playboi Carti, an Awful Records affiliate who has not really released any tape or album at the moment, is nevertheless a hype magnet in the best sense. This hype is not unfounded; the elastic flex anthem “Broke Boi” and the woozy “Fetti” are two of this year’s best rap songs, which is incredible considering Future and Young Thug’s barrage of 2015 hits. A modest Soundcloud trawl brings forth a number of Carti tracks, showcasing his infectious brand of downer-trap. There’s even a track sampling the PlayStation 2 start-up sound, which brings us to another point of Carti’s appeal as a rapper. His adventurous production taste brings a lot to the table, and serves to keep him from drowning in a sea of trap hi-hats and Autotune yelps (long live trap hi-hats and Autotune yelps though). The work of Ethereal, another Awful Records member, is all over Carti’s stuff, and their chemistry is undeniable. 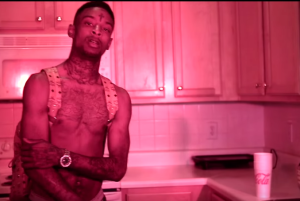 Then there’s 21 Savage, a rapper whose name is basically synonymous with menace. Trap is often filled with imagery of crime and violence, but no one talks about it like 21 does. 21 paints dark pictures all across his 2015 tape, “The Slaughter Tape” a project currently bringing the young rapper some well-deserved attention. He chants “skrrt skrrt” and makes it a mantra on “Skirt Skirt (Intro)” and then proceeds to just eviscerate tracks, assisted by producers that manage to capture gritty bleakness and turnt melodies at the same time. His other main release, “Free Guwop EP” pays tribute to Atlanta’s finest and portrays 21 Savage as a rapper very similar to Big Guwop himself. Both rappers came up off hard-won underground/street respect, and made lasting relationships with Atlanta’s best and most open-minded producers.* Additionally, both rappers have an ability to make something more out of phrases and sentences, an intrinsic quality that allows them to convey more in a few repeated words than other rappers can with entire verses. When Gucci Mane gets out all we can do is hope a collaboration tape appears.

Gonna end this thing now but here are some tracks that all should definitely listen to, stay tuned on Soundcloud and such.

Playboi Carti: “talk” “heavy” “by myself / no help” “chill freestyle”

*We need MetroSavage, SavageBoomin, 21 & Boomin or 21Metro, whatever it’s called, Obama has gotta make it a thing before he leaves office