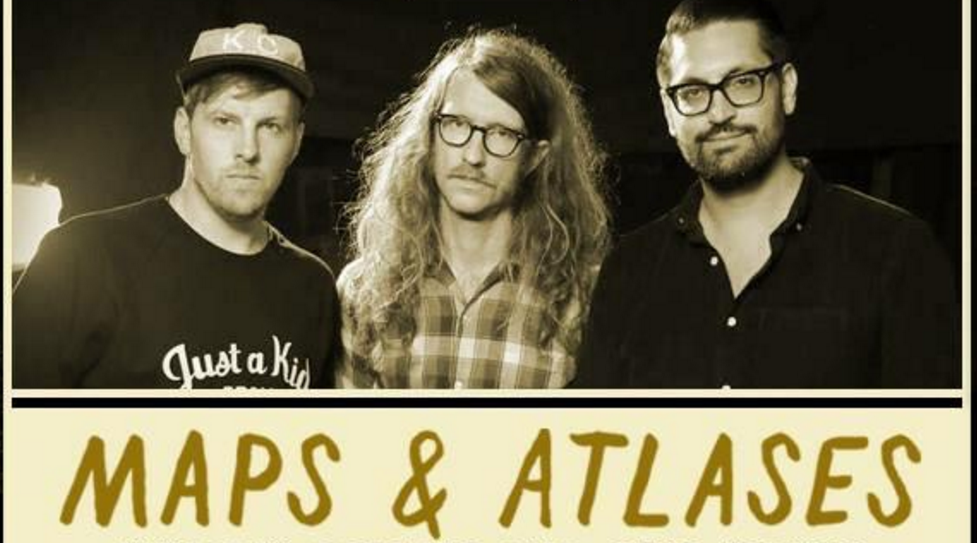 I had the opportunity to watch my favorite band, Chicago-based Maps & Atlases, for the fourth time on Saturday, October 24th at the Basement East in East Nashville. For the first time, however, I had the honor of interviewing the band after they opened for Bobby Bare Jr.

Maps & Atlases played for almost an hour, revisiting old songs from their second EP “You And Me And the Mountain” to their most recent LP, “Beware And Be Grateful.” Only months after former band member Erin Elders left to pursue other opportunities, this was one of the few shows the former quartet has played as a trio. 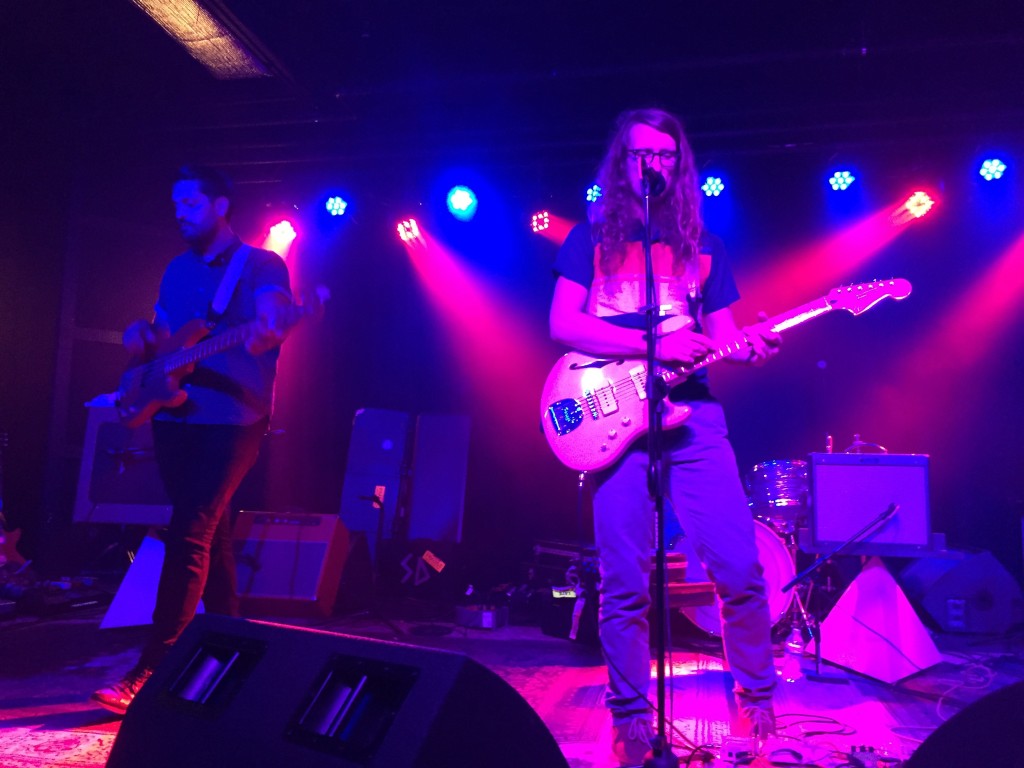 I first met up with Dave Davison, lead singer and now the group’s only guitarist, while leaning on the hood of the group’s touring van. I felt the need to open with a provocative question:

JORDAN NUNNELEE: So first thing, where did you guys eat dinner before the show?

DAVE DAVISON: We went to Wild Cow. It’s like a vegan vegetarian restaurant. It was one of the first few times we played here, I think; somebody at the show recommended that we check it out. And now it’s kind of been our place to go since then.

From here I have highlighted some quotations from the rest of my time talking to Dave.

JORDAN: I’ve noticed you guys have only played about a show a month. So are you guys taking a break right now?

DAVE: I mean, we’ve been kind of recording and chilling.

JORDAN: So any news for the Maps & Atlases fan?

DAVE: Um, I mean, we’ve been working on stuff for a while. We don’t anything specific to announce or anything right now…Bobby brought up the idea of coming down, and we really like hanging out in Nashville, and we thought it would be a fun thing to do this weekend.

JORDAN: When you look back at your discography, from Trees, Swallows, Houses, to Beware Be Grateful…was the progression from math rock to poppier mathy/indie rock natural? Was it where you thought your music would go?

DAVE: Well I think that on our first EP [Trees, Swallows, Houses] we were just jamming and having fun experimenting. I don’t think we had a particular idea in mind. We had only been playing together for a little while…but we stumbled on things that seemed fun and cool that we did together…And going on tour and releasing music, in a way that other people were hearing it besides our immediate close friends…I think we started focusing on the music that people could connect with. Like where it could be trying to make music that was both interesting and different. But also fun and accessible. That people can connect to. To make the most of and push those two things. Sort of not think of them as opposing in any way. I think that’s ben the goal ever since then. I think that’s guided our approach to making music.

JORDAN: How has Erin not being in the band anymore changed how you think about your playing?

DAVE: It’s interesting. One way I think it changes things overall is just that it creates a different dynamic in the way we play together. While obviously it was really fun to play with Erin, it’s been fun to explore that new dynamic. And I think that it’s led to us growing in the way we play together…I think that when you have two guitars trying to lock in it creates the need for a certain type of tightness…But now, live, everyone has more space.

I also had the opportunity to ask Chris Hainey, the band’s drummer, a couple questions. 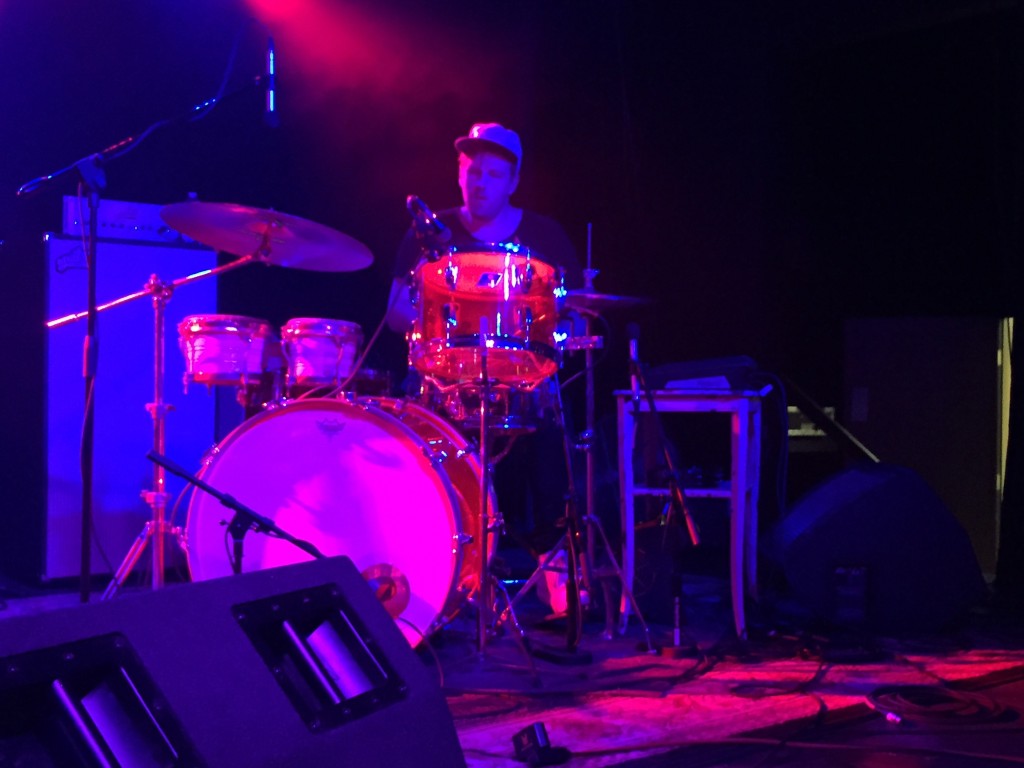 JORDAN: Where do you get inspiration for the patterns you play?

CHRIS: I don’t know where I draw inspiration from. A lot of my playing stemmed from when I started playing drums and I started learning every other genre except rock music. I think that really helped me bring in other influences of other types of music. I had a teacher who would not let me let me play rock drums until I learned jazz, I learned Latin, I learned African, I learned everything. You know, I think I draw a lot from that. It’s just natural.

JORDAN: That’s really interesting. Because I feel like you don’t play beats, you play patterns.

CHRIS: I mean I try to complement what everyone else is doing in a creative way, as creatively as possible. I mean whatever comes to mind that’s fun to play and makes sense. Stuff that’s not too flashy or over the top. 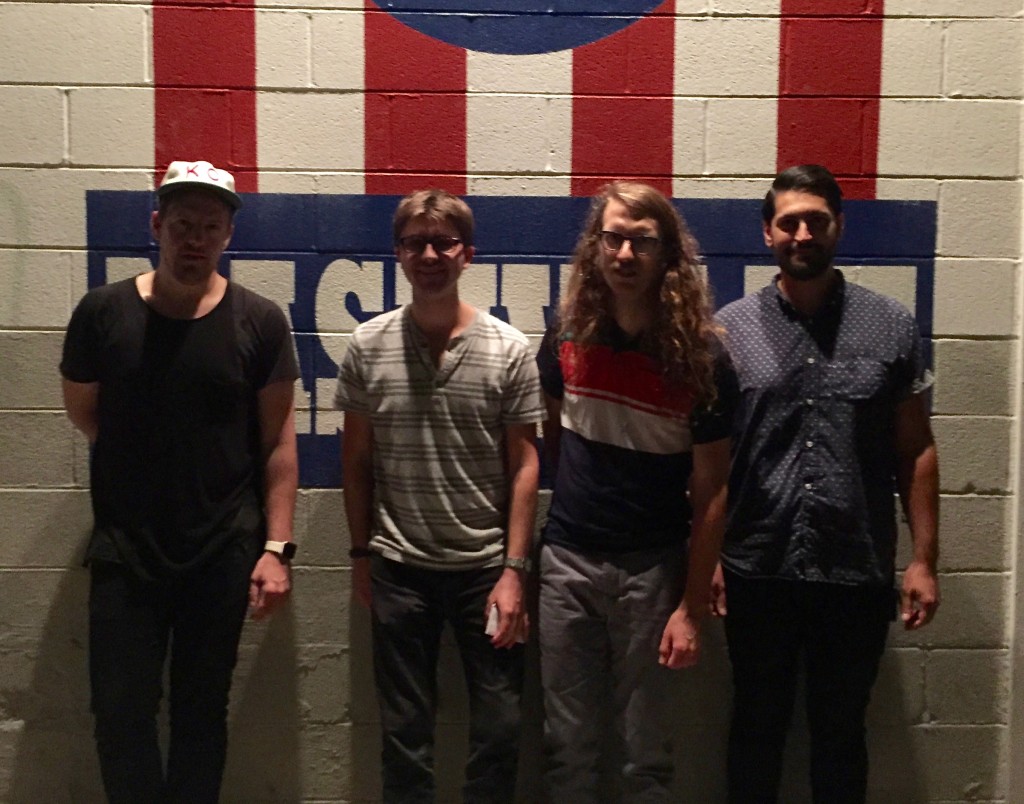 We talked a little more about touring, and how one of Chris’ favorite shows on a previous tour was at the Troubadour in Los Angeles, which was the first Maps & Atlases show I had seen. I mentioned to Chris that he was the most formative influence on my drum set playing. I joked a bit with Shiraz, the group’s bassist, about his awesome moonwalk type dance on stage and how his feet potentially stepping on his cord stressed me out on a few occasions. I could have asked more and more, but I realized that I had taken almost an hour of their time, and by the end Shiraz was packing up the van. We took a picture and I left knowing that my favorite band would remain my favorite, and that Dave, Chris, and Shiraz could not have been more talented and incredible guys. I can’t wait for the next release and to see what the next tour holds.