The first thing that I noticed walking in to Memorial Gym last night for Commodore Quake was the oppressive heat.  The second thing that I noticed once I found a seat was the atrocious, garbled acoustics of our re-purposed basketball court.  I wish I didn’t feel like I have to include these sour notes as the very first thing in this recap.  I wish I hadn’t noticed these things about Quake at all.  But most of all, I sincerely wish that these weren’t the most memorable aspects of my entire night at Quake.

Quake seems like the perfect event for Vanderbilt.  The line-up seems too good to be true.  The opener, Jeremih, is an up-and-comer in the scene with a song currently #7 on the Billboard Hot 100 charts.  Then you have Iggy Azalea, one of the hottest names in pop music right now.  Then they round it out with Ludacris, a seasoned veteran of the industry with universal name recognition.  Despite this killer line up, the event was handicapped by Vanderbilt’s completely unacceptable choice of concert venue.  I will try to talk about the performers as much as I can, but my enjoyment of them was limited by the fact that I could barely hear anything in that cacophonous gym.

The performers seemed on their game last night, though, getting the crowd into the show and delivering some serious bangers.  Iggy captivated me with her amazing set pieces and brought the perfect amount of provocative material.  At one point, as if to acknowledge the controversy surrounding her Quake appearance, she even said, “I hope this song doesn’t offend anyone,” and started singing about pussy.  Or at least I think that is what she was singing about.  It was really hard to hear anything over the garbled echoes brought on by Memorial Gym.  Her performance climaxed with her latest hit “Black Widow” and the crowd was really into it, despite the heat.  Iggy really won us over, though, when she made us promise to sign a petition to get some air conditioning in Memorial. 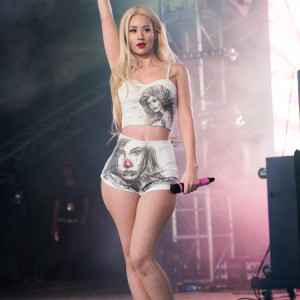 Ludacris was up next and he really managed to hype the crowd and deliver a ton of classics, including the song “Get Back” (does anyone else remember when he remixed that song with Sum 41?).  He really ramped up the early 2000’s nostalgia.  Whether that is a good or bad thing is up to you.  Whatever your view, it was a solid hip hop show.  I really appreciated the live instrumentation, and we even got to hear them solo over his beats.  I also loved the classic appeals to regionalism of trying to get the two sides of the crowd to hate each other and his constant invocation of Atlanta, Georgia.  Love him or hate him, you have to admit that Ludacris brought a ton of personality with him last night. 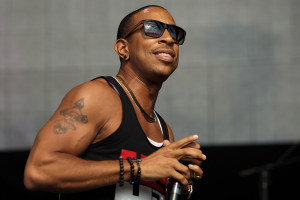 That is really all I can objectively say about the show last night.  So much of it was completely lost to me in the echo-y din of Memorial Gym.   I feel like I cannot overstate how much the venue affected my experience.  I could not make out any of the lyrics that I had no previous familiarity with.  None of them.  I could barely hear anything.  The temperature in the gym was at a dangerous level the entire night.  It was only narrowly saved by the huge personality brought on by Iggy and Ludacris.  Quake demonstrated to me that Memorial Gym is not a functional concert venue.  Perhaps if they turned the AC on and did something to improve the venue acoustics, we could have had a passable event there.  In the future, I will not be paying another dime to see a concert in that gross, hot, noisy gym unless Vanderbilt offers serious, concrete evidence that they will improve the experience.