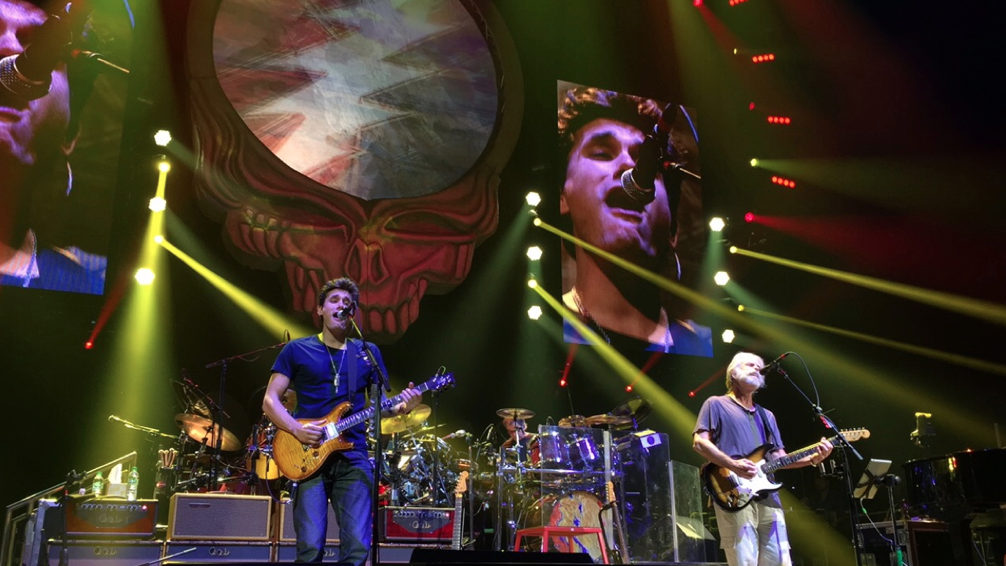 Dead and Company at the Bridgestone Arena

It’s hard to take someone as legendary as Jerry Garcia and substitute him—the irreplaceable Jerry Garcia—for John Mayer. Obviously, John Mayer is incredibly talented as a musician on his own, but, of course, he’s John Mayer, body-is-a-wonderland, pop star, John Mayer. An unlikely pairing—or so I thought. This performance, however, completely persuaded me away from all my doubts. The swap hardly erased the legacy left by the late Garcia, but was rather an innovative, touching tribute to him in a way, and a bold step for the Grateful Dead as a group (or cultural movement, perhaps).

John Mayer, then, has a newfound place in my heart and likely the hearts of many now, as his Jerry was neither an impersonation nor a weak copy, but an interpretation that captured Garcia’s spirit, but was still distinctly Mayer. (They kept it Dead-centric, playing no Mayer songs at all.) 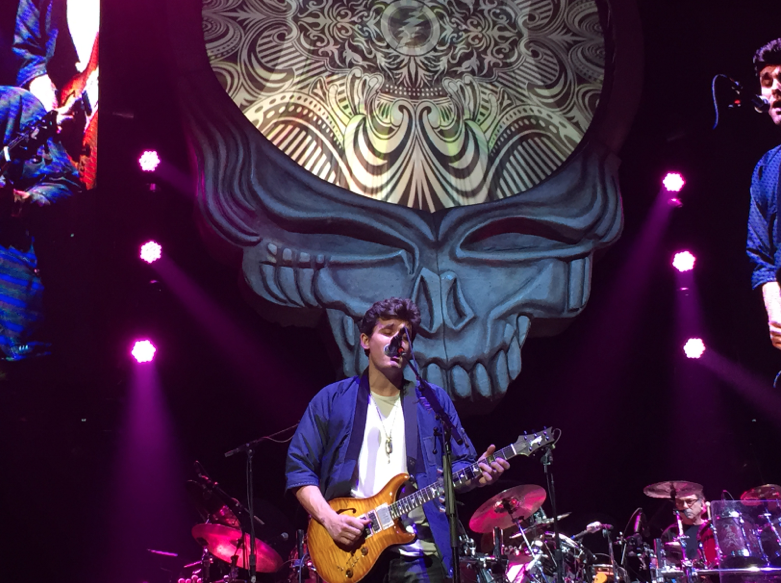 In usual Grateful Dead fashion, they played two sets and an encore; the doors opened at six and the show didn’t conclude until after eleven. Throughout the entire show, I couldn’t help but stare at Bob Weir—the most visible on stage of the remaining Dead members—it was easy to study his furrowed brow and think somewhat dramatically, this is a piece of history right here in front of us. Aside from all of the countercultural and historical baggage that the Dead carry with them as an integral part of their music, their style as a psychedelic-rock-jam-band is what is so simultaneously comforting and exciting to see live. You know that you can get settled in each song, because the music isn’t going anywhere; it’s going to be there in front of you for another while, sometimes going off on a breathtaking tangential journey, and eventually taking you peacefully home. 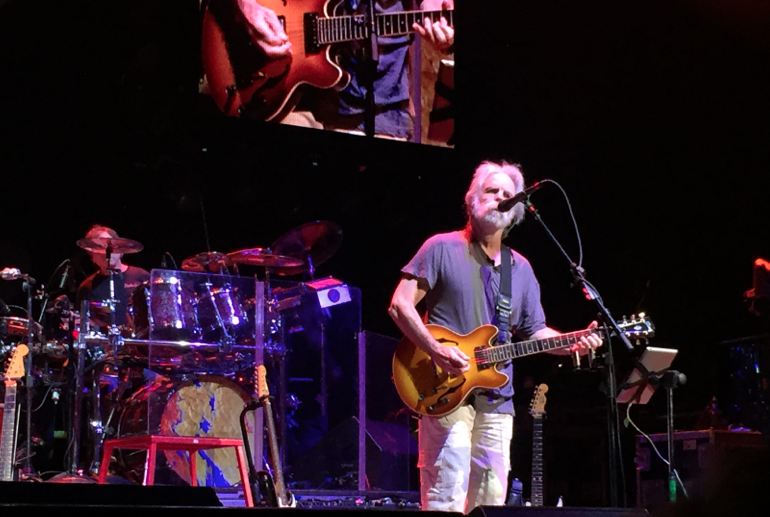 Each song, naturally, lasted for what seemed to be about fifteen minutes. Looking at a set list of the night is almost misleading; each extended jam would touch on other songs of theirs, teasing us and leading us in different directions before taking us back to “Truckin’” or “Tennessee Jed” or “Estimated Prophet” (the latter being a personal favorite). The subtle, expert coordination that kept them so flawlessly in tandem with one another turned their performance into a kind of nuanced art.

Dead and Co. was, simply, incredibly fun to watch and indescribably exciting to listen to. The highlight may have been their energetic encore, or even the intense drum solo that left Mickey and Bill with the company of a staggering array of percussion instruments. They improvised an otherworldly, ethereal, captivating coordination that went on for about ten minutes.

It was no doubt a beautifully wistful exercise for the many audience members who grew up in the era of the Dead’s reign, and nostalgic in a different kind of way for us show-goers who grew up listening to them a generation removed. Either way, their ability to easily crowd the Bridgestone is a testament to their legendary status—something that is certainly here to stay. 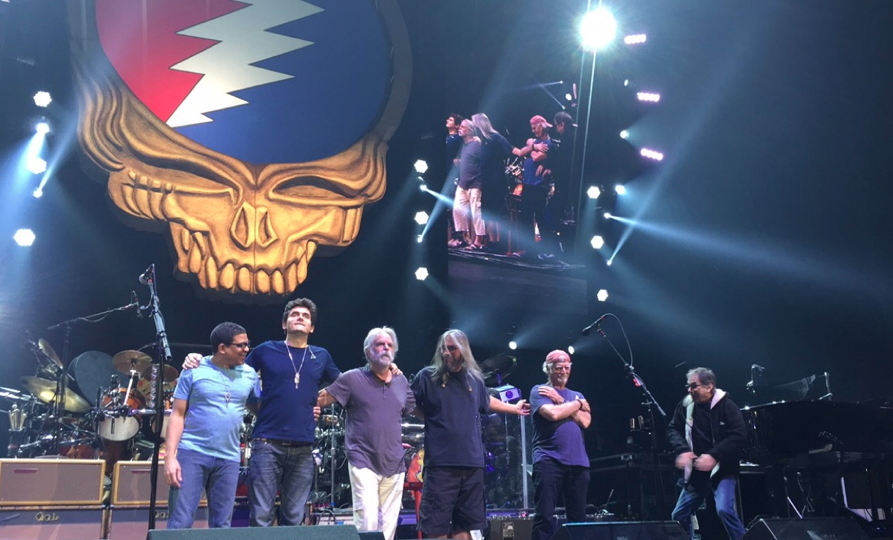 Dead and Co. bowing goodnight to the deadheads