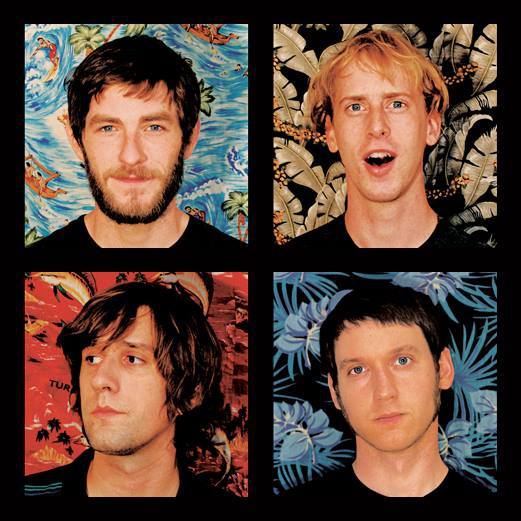 As I walked up to the Exit/In an hour before doors were set to open, to my surprise a sizable line was already beginning to form in front of the venue’s locked entrance. Based on the number of cut-off sleeves and smell of fresh cigarettes hanging in the air, it was safe to say these diehard fans were there for the folk-punk headliner Andrew Jackson Jihad. However, I was there early for a different reason: I had the opportunity to sit down with Jordan Hudkins of Rozwell Kid—one of the openers for the night alongside Nashville locals Pumpkinseed and touring buddies Jeffrey Lewis & Los Bolts.

WRVU: Where have you guys gone on tour so far and where are you headed?

Jordan: This is the tail-end of a year-long tour, pretty much. We did a full U.S tour with The World is a Beautiful Place [and I Am No Longer Afraid to Die], and the Hotelier, and Posture & the Grizzly last November. Ever since then, we would be home for a few weeks or a month at time and it just snowballed after that. We got more tour offers and we did another US tour in February and then another one in June and July, went to SXSW, did a small run in the Northeast. It’s mostly been US and a few Canada dates, so yeah, we’ve been covering all the ground here—touching all those bases. So now we are doing this run of the south with Andrew Jackson Jihad and then we are going to cap off the year with two weeks with The Get Up Kids in the East Coast.

And will this be your first time in Nashville?

You mentioned touring with Andrew Jackson Jihad. What do you think is the biggest lesson you have learned from them so far?

…They’ve been doing it for a long time. They’ve got a lot of longevity and it’s cool to see how that’s paid off for them on this side of the fence…to see them playing to 300-500 people a night, or whatever—just big crowds. I don’t know, I look at it as like a cool goal. I’d like to be at that level some day, you know? Just stick to it. I guess that would be the lesson: hard work pays off. There you go! Hard work pays off.

I saw that you were from West Virginia, and it’s not really known for its big cities. So how did you find inspiration and motivation without this huge scene backing you up?

The music that I listened to, and the friends that were around me that played music and I would play music with. There are small pockets of scenes in West Virginia, there’s no like huge city or big central scene. But there are towns with a lot of cool stuff going on. The college town I lived in, it’s called Shepherdstown, and there was a cool pocket of music going on there when I went to college and that’s how I got into playing in bands. I formed my first band with our guitarist Adam and our friend Tucker, who plays in this band Bishops now, and there wasn’t a lot to do. You can’t just play around the city like you could in Philly or Chicago, so for a long time we really had to go out and tour. So that is what we started doing—just hitting the road for long weekends as much as we could. Two weeks here, a month here, stuff like that. …so it inspired me to get out and travel more, and just go for it.

So in a way it all actually helped you out?

I think it did. I think it created this mindset of we can’t just sit around and wait for something. You gotta be proactive and go for it.

Is that how you start the song-writing process?

Usually, whether it’s a guitar melody or a vocal melody, it always starts from a melodic idea. Like my phone is full of vocal notes of just like, me humming dumb stuff when I am using the bathroom, or something like that [Laughs]. So whether it’s a hook or melodic idea, it all germinates from that, it all grows from that. So yeah, that’s really where they all start from. It’s the most important thing to me, as far as song writing goes.

And how do lyrics come into play?

They are just kind of…they are definitely the last part of the puzzle. Like I flesh out pretty much the entire song, structurally and melodically, and then the lyrics are whatever fits, whatever is going through my head at the time.

Is that why they usually seem tongue-in-cheek?

Yeah, yeah. I definitely don’t want to give off the impression that I literally just tossed off lyrics, you know, like I don’t care about them. They are definitely from a real place and I do spend time thinking about them when I am writing them. It’s just that as far as the song-writing goes, it is the last part. And I think that is true for a lot of bands, maybe not every band. There are definitely bands that come with lyrics first and marry them with music later, but we definitely start with the music first.

What would you say is the biggest difference between the music of the latest EP, Good Graphics, and your first LP, The Rozwell Kid LP?

The very, very first one.

Actually that’s a funny question. When we finished the Good Graphics EP and we were listening back to it, it reminded me most of that first record then anything else we have done. I think it’s because I pretty much played 90% of the instruments on the first record myself, and Adam wasn’t available to record the EP with us—Adam our guitar player—and so I did all the guitar parts. Maybe that is why it felt a little more similar to me. It was things, you know, that I was coming up with and that I could do as oppose to having someone else come in and play a part, or just play off of each other. Your unique approach to the instrument is your unique style, maybe that’s what reminded me of it. I thought the songwriting was more similar structurally. I mean all the songs are…basically they boil down to a pop structure. But for differences, I think I have grown melodically. I think I have grown as a vocalist, I think the vocals were better. And just like, what you are listening for when you are recording—like the tones and takes and what you feel is good and what you know is good. I think it’s just a more mature representation of the band now then that first record was. Sometimes when I listen to that first record, and I think this goes for every record, it’s like, “Aw hell yeah! It’s the coolest thing ever, I can’t believe we made that!”. And now five years, four years from that, I’m like, “Uh, maybe I would have done that differently. [Laughs]…Maybe I wouldn’t have left that part in there, but you know, it’s cool”. But we are still really, really happy with the LP now, and it’s fairly young, but I feel like it is aging well. I can still revisit it from time to time, I’m still like, “Yeah…sick.”

Going back to the pop structure, the power pop and early Weezer influences are pretty apparent in your songs. Is there any influence in your music that we wouldn’t be able to guess right away?

I think I pretty much wear my influences on my sleeve, for better or for worse. But Weird Al has been a huge influence on me and I don’t know if a lot of people realize that. And I grew up listening to a lot of Broadway musical soundtracks because that is what my parents really liked. I’m sure it’s sunk its way into my head somewhere, and it’s coming out in one way or another.

Yeah. [Laughs]. It’s manifesting itself in some way, maybe it’s just not 100% obvious.

I saw that you had studied graphic design at some point. Does that have any relation to the name of your last EP, Good Graphics?

I remember when I was a kid growing up and playing video games in the early to mid 90s, and late 90s, I just remember reading all these video game magazines…like when the Playstation 1 first came out, or even like the Sega Genesis, I just remember it was the huge talking point for all new video game systems to be like, “The graphics are sooo good. This game…this game has sick graphics. The graphics are so good!”. I don’t feel like anybody says that anymore, maybe I’m just out of touch. I just think it’s a really funny thing to brag about. “This game has got such good graphics!” [Laughs]. And yeah, I guess I wanted to tie in my history as a graphic designer, because at that point I was leaving my job I had for a while doing graphic design to focus on this. Maybe that was like a tip of the hat to that.

So all the album covers and everything, that’s all you?

Yeah, 90% of it. We’ve had a couple of shirt designs that my friend Jake did, and our friend Perry from Philadelphia, he did one. So yeah, every now and then someone comes in and helps us out with something, but most of the time it is something that I have done.

If you could pick any actor to describe Rozwell Kid from “Whose Line is it Anyway?”, who would it be?

Probably Colin Mochrie. Or… you know Colin and Ryan, they are like the Lennon and McCartney of “Whose Line is it Anyway?”. Wayne Brady is cool, too. I’ll say Colin Mochrie just because I feel like he is overshadowed literally and figuratively by Ryan Stiles, but he is such a comedic gem. And, I don’t know, he is a little goofy I guess. A little different. [Laughs]

That was actually the answer I was thinking would fit for you guys.

Actually, on Twitter not too long ago I asked all the guys in Diarrhea Planet who was who on “Whose Line is it Anyway?”, and they tweeted back a very extensive answer. The only one I really remember is Emmett was Laura Taylor, the guitar player they have for the band. I thought that was perfect.

Finally, what can we expect from Rozwell Kid in 2016?

A new record, more touring. Hopefully more of our face in your face. [Laughs] 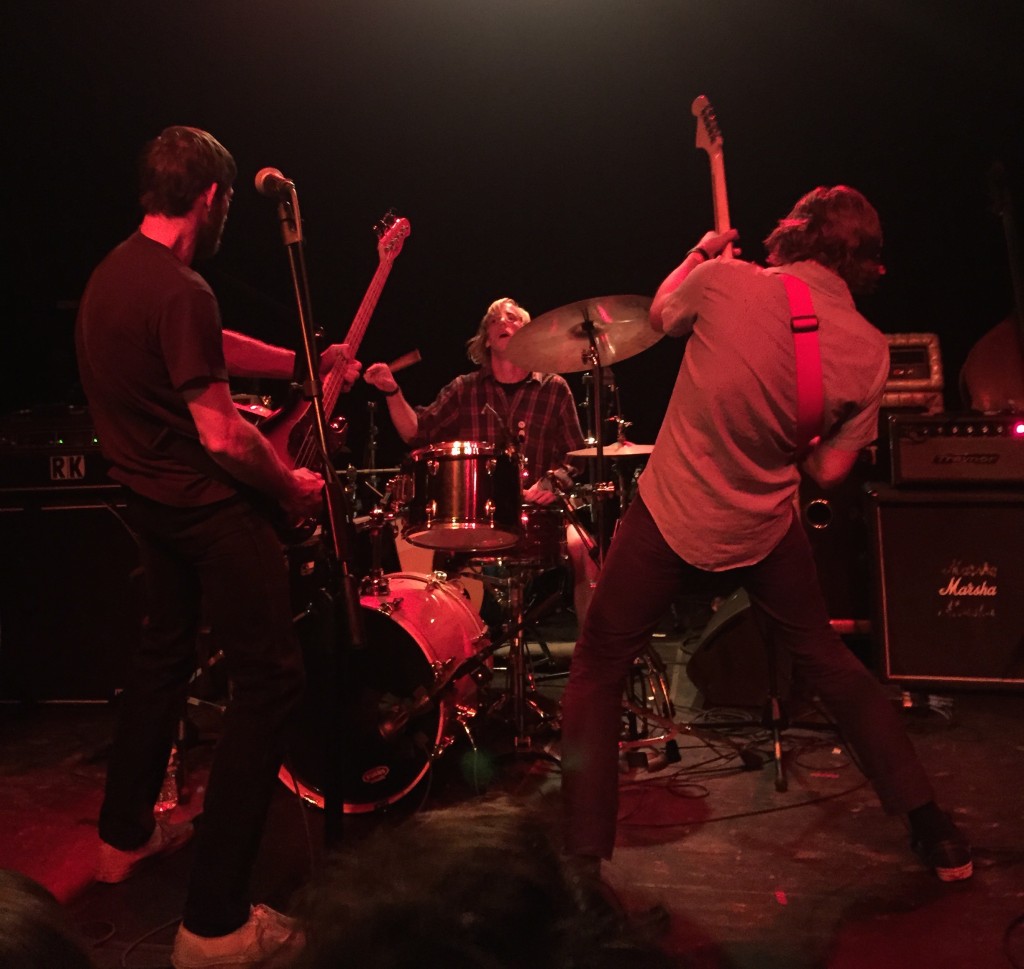 Rozwell Kid plays to a sold-out show at Exit/In

If you want to listen to more Rozwell Kid, be sure to check out their bandcamp and follow them on Facebook to get all the latest news. You can also tune into WRVUs radio programming to hear Rozwell Kid featured on our primary rotation. However you do it, I definitely recommend finding a way to keep their face in your face.