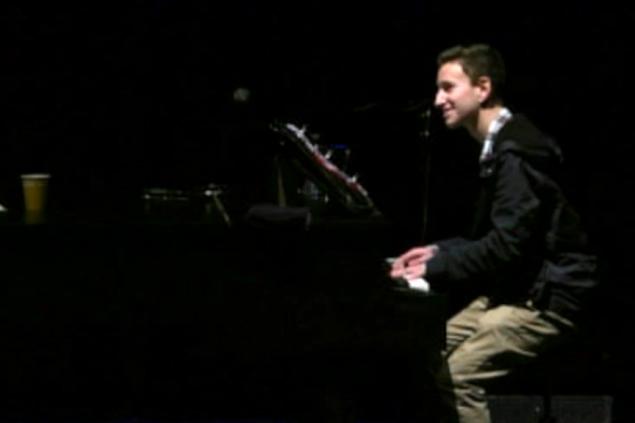 My name is Zach Blumenfeld and each Sunday at 9pm central I host The VU Backstage, which features a live performance by and interview with a Vanderbilt student musician.  This week’s guest was Michael Pollack, who gained fame when he played New York State of Mind with Billy Joel on January 30th.  He’s really come a long way from where he was the last time I had him on the show, in February.  Since then, Michael has gone viral on YouTube, appeared on nationally broadcast talk shows like Today and Jeff Probst, recorded and released an eponymous EP, and played in front of a sold-out crowd at the Best Buy Theater in Times Square.  If you missed the show, you can catch the whole thing here.

In talking to Michael, one of the most interesting things I noticed is how much confidence he has gained behind the mic and behind the pia

no.  Last time Michael appeared on the show he had Hayes Helsper, another very talented student musician, sing his songs.  This time, having performed for a national audience on TV and before about 2,000 fans in Times Square, he sang for himself.  It brought to mind another singer who eventually learned that he had to sing his own songs: Donald Fagen of Steely Dan.  On the band’s first album, 1972′s Can’t Buy a Thrill, a few of the songs are sung by David Palmer, who was hired to be the band’s touring singer because Fagen had no confidence in his ability to sing live and, what’s more, suffered from stage fright.  Eventually, though, Fagen realized that it needed to be his voice singing the lyrics he wrote.  Indeed, his voice, with its audible New York accent and sardonic tone, is perfect for the often sarcastic, snarky words of Steely Dan songs.  Michael echoed this sentiment, telling me that he found himself much more able to express the emotions behind his songs when he sang them himself.  ”As a writer,” he said, “a song has a specific meaning to you…no matter if I sat down with a vocalist and explained the story behind the song and every emotion that I felt, they still won’t be able to deliver the message the way that I could.”  And on songs like “Get Well” and “Chances Are,” the words have emotional power derived from Michael’s life, so naturally he sings them the best. 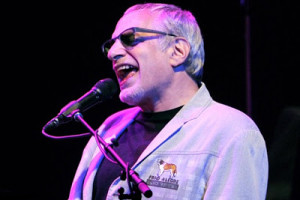 Donald Fagen didn’t want to sing his own lyrics, but eventually he realized that he was the only one who could get their snarky message across.

Not all arrangements work this way, though.  A prime example is the Elton John/Bernie Taupin team.  John was a great up-and-coming composer and performer in the late 1960s, but it was only when he was paired with lyricist Bernie Taupin that he took off and became the international superstar he is today.  Another example is Rush, a band in which the drummer, Neil Peart, is the primary lyricist.  Geddy Lee, the band’s bass player and lead singer, hasn’t written lyrics to a Rush song since 1982 and was only the band’s main wordsmith on their eponymous debut in 1974.  In an interview with Roadrunner Records, here is what he had to say about singing lyrics written by Peart:

“It’s an interesting dynamic because it’s a relationship we’ve had for over 30 years. Obviously, me being the spokesperson for his lyrics is an intimate and difficult relationship just in the sense that I have to really believe what I’m singing – because if I don’t, you can tell. You can’t fake something like that. So, for me I have to try and get into his headspace and I have to try and understand the lyrics from a point of view that’s meaningful to me even if it’s not always the same as the writer’s intent.” (Credit: http://www.rushisaband.com) 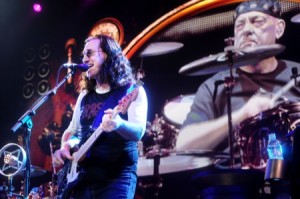 Neil Peart looks on stoically as Geddy Lee sings the words he wrote.

So it’s possible for the message to get across, but not easy.  Making this more complex is that Peart has written about a diverse range of topics, from fate to fame to Greek mythology to the Manhattan Project; songs such as “Cygnus X-1,” about a space traveler visiting a black hole, have made him quite a polarizing lyricist.  Yet Rush makes it work.

The bottom line is that, as I wrote in last week’s post, music has a profound impact on the soul and is a means of expressing our emotions.  It’s much easier for us to sing our feelings if we are singing them in our own words.  This is a revelation that has given much more power to Michael Pollack’s music than he had just seven months ago.