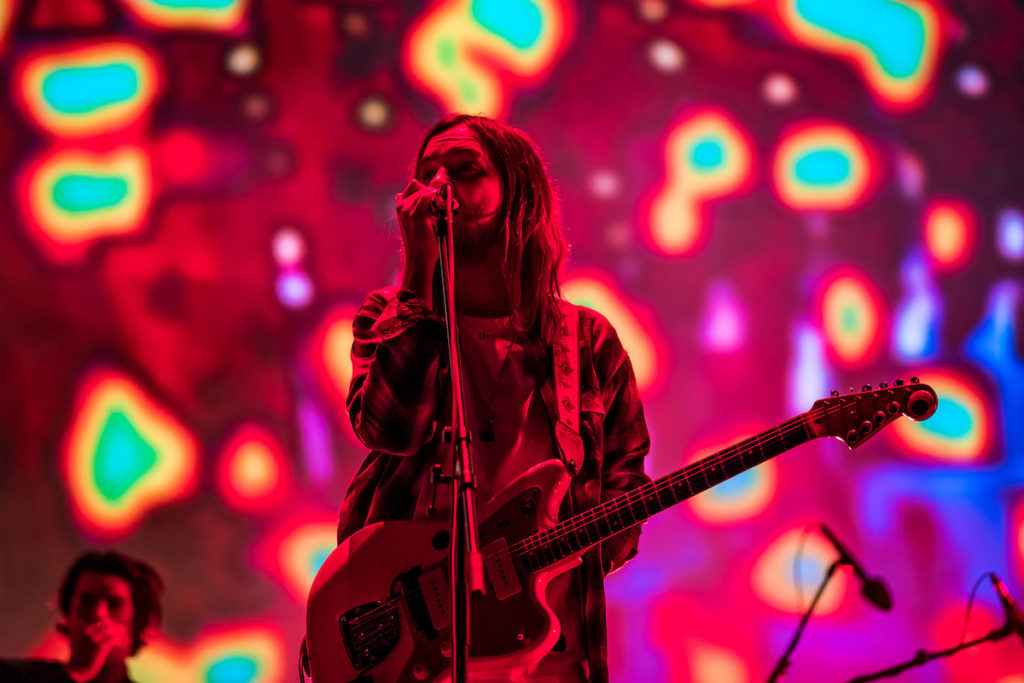 Panorama’s Saturday lineup promised some big names and a refreshing variety of artists to choose from. Tame Impala was headlining—they’ve seemingly kept up their major popularity streak since their release of Currents in 2015—and from Mitski to Vince Staples to Breakbot to Belle & Sebastian, Panorama brought a diverse and action-packed Saturday.

Just two short weeks ago, we visited Chicago to review Pitchfork Music Festival, where we had a fantastic time photographing Pinegrove (among many others). Now, we visited Randall’s Island in New York City to start our day with Pinegrove once again, albeit in a very different type of setting. The huge Panorama stage was a far cry from Café Coco, where we interviewed them last year after their show there. They announced that this was the biggest stage they’d ever played–more than ample evidence of how far they’ve come. 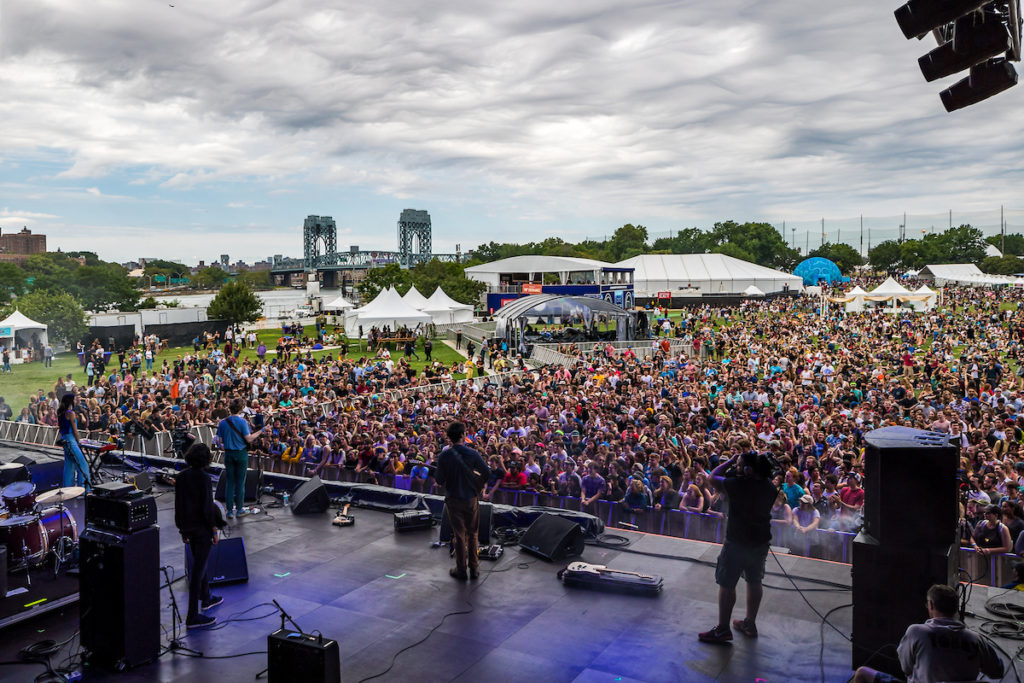 And of course, they did not disappoint, bringing enough energy to fill the mammoth stage—without any bells and whistles or background visuals, à la Tame Impala, who were to take that stage later that night—that otherwise could have threatened to dwarf them without the fanfare. They delivered their poignant, emotional songs with a practiced finesse, and said what an honor it was to be there; someone in the back shouted, “you should be headlining!” 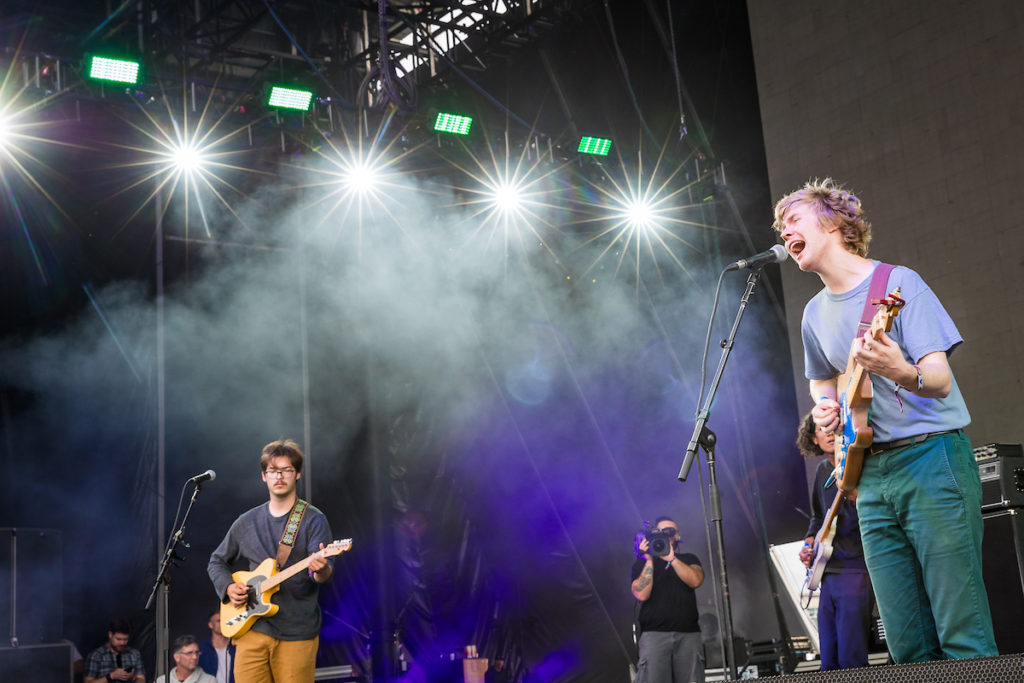 From there we went to the opposite stage to watch Mitski, who gave the huge and devoted audience an impassioned, austere performance. The excitement of the crowd gave the impression that every song she played was an audience favorite, which helped intensify the fervor of her captivating voice. Mitski is an amazing force to watch—it’s hard to look away. 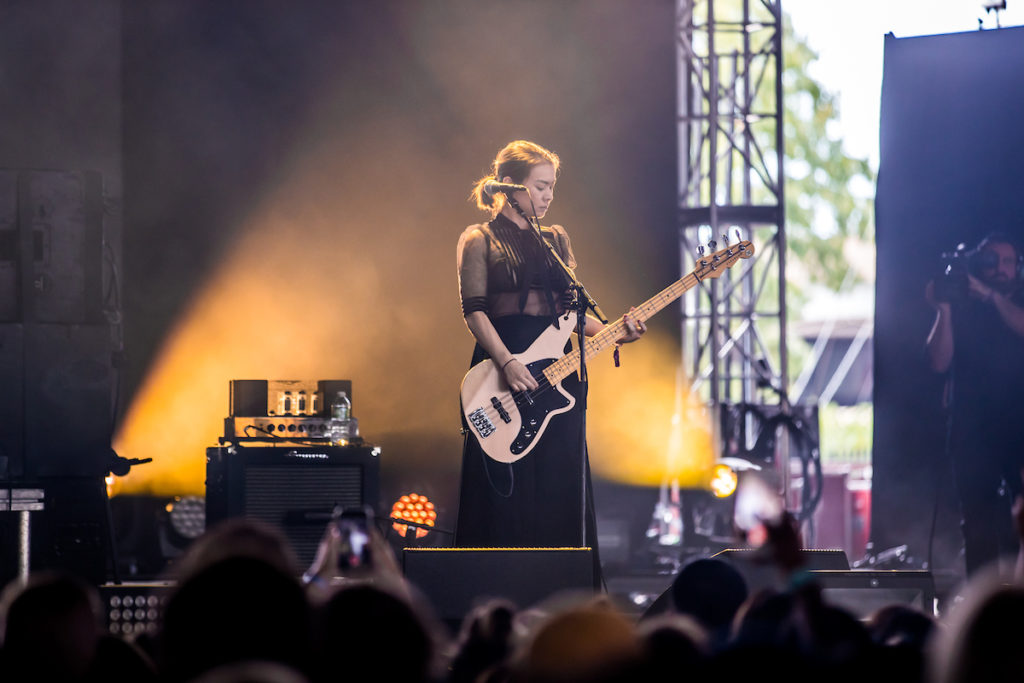 On a very different note, we went back to the first stage to see Vince Staples, who feverishly jumped all over the stage as he rapped to a huge midday audience. His frenetic energy was really fun to see live, and was an exciting change of pace. 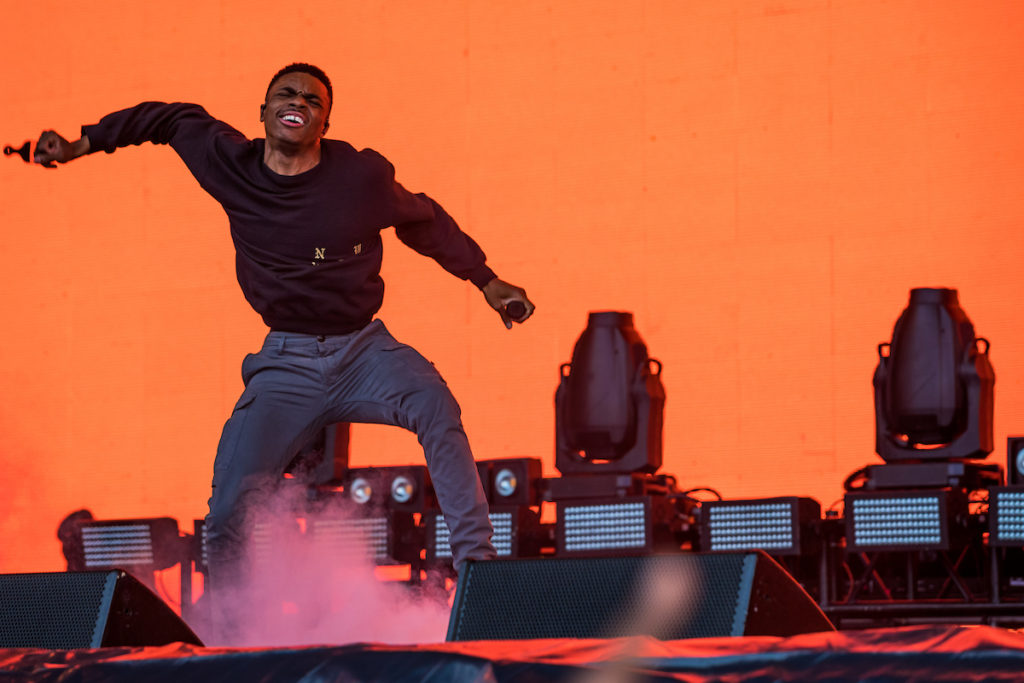 After that, we saw Belle & Sebastian, whose clever, feathery lyrics and meandering acoustics held the audience entranced—it’s not often that the Scottish group makes it to the U.S. As one of the older groups on the lineup (they started in 1996), they seemed like wholesome fairy dust when paired with their experienced onstage presence, exercising easygoing banter with one another and members of the crowd. Toward the end, Stuart Murdoch invited a group of teenage girls onstage to dance with them for their last songs. Alongside these loyal fans, they brought a ton of excited energy, a lighthearted way to usher in a temperate sunset before the headlining bands. 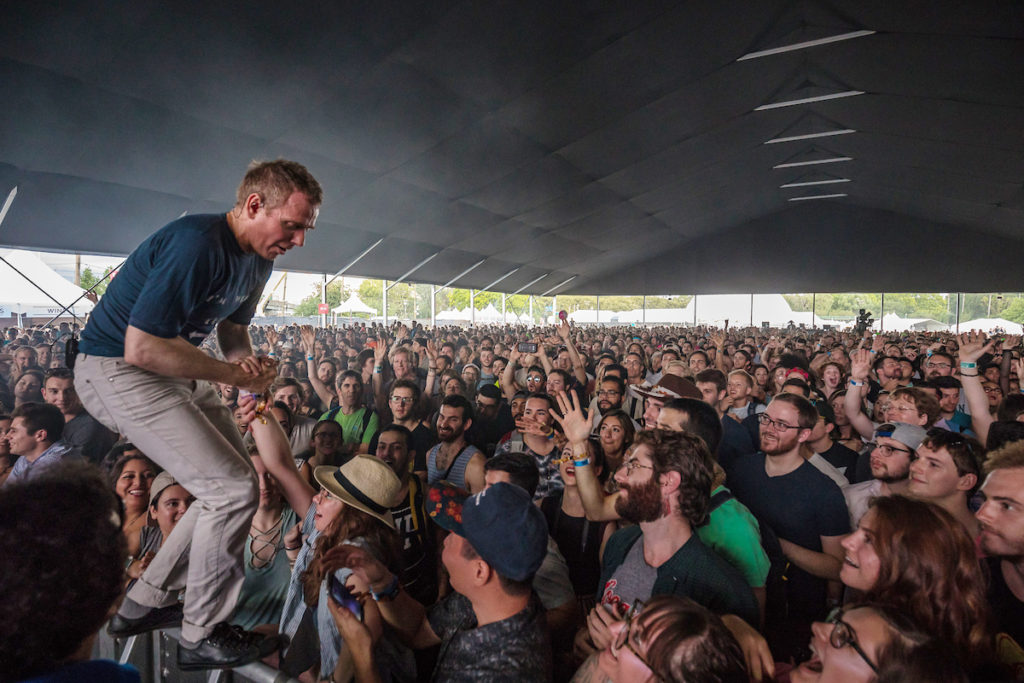 The last highlight of the night was Tame Impala. Hordes of screaming (aggressively, whole-heartedly screaming) teenagers were waiting impatiently for their set to begin, sardined against the barrier. And taking a lot of photos. Despite the off-putting atmosphere that was essentially defined by petty aggression (from what I could tell—to their credit, they’re all definitely devoted fans), Tame Impala was impressive.

Tame Impala somehow jumped from relative obscurity in rock-psychedelia to the spotlight of psych-pop since Currents, and their attitude shifted in a visible way along with that jump. Kevin Parker traded in his endearingly awkward, humble onstage presence—one that defined his character when he played two years ago at Shaky Knees Fest in Atlanta—for a more confident swagger. He didn’t avoid speaking, and speaking with practiced self-assuredness, in between songs. And Tame’s in-your-face visual effects complemented, rather than obscured, Parker’s newfound confidence. They performed their songs flawlessly, of course, bringing the thrill of watching a small band blossom into popularity. 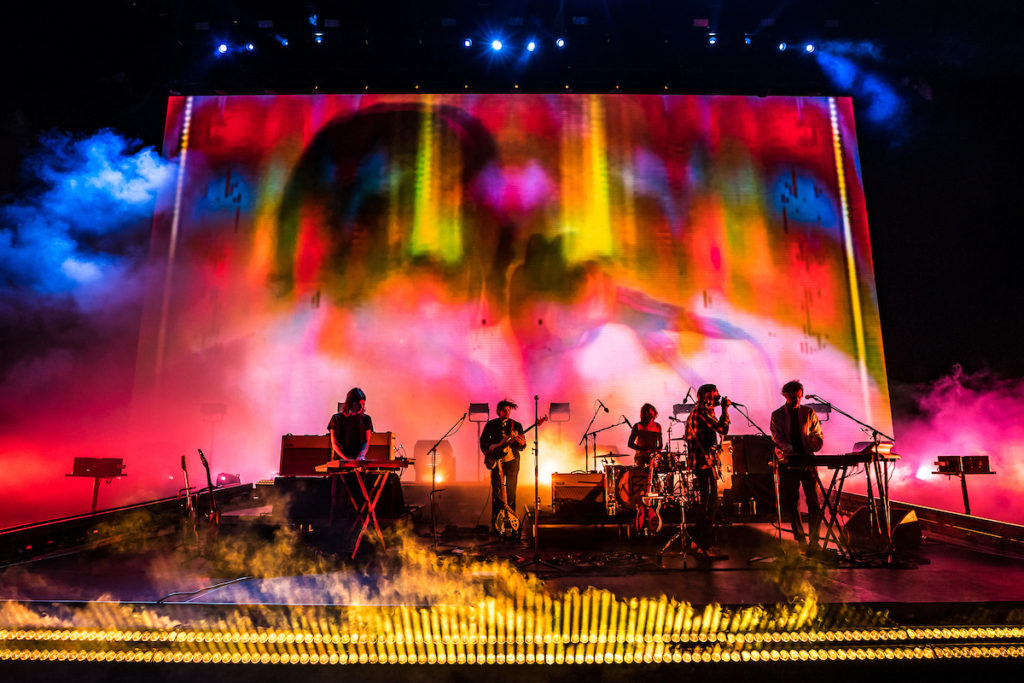