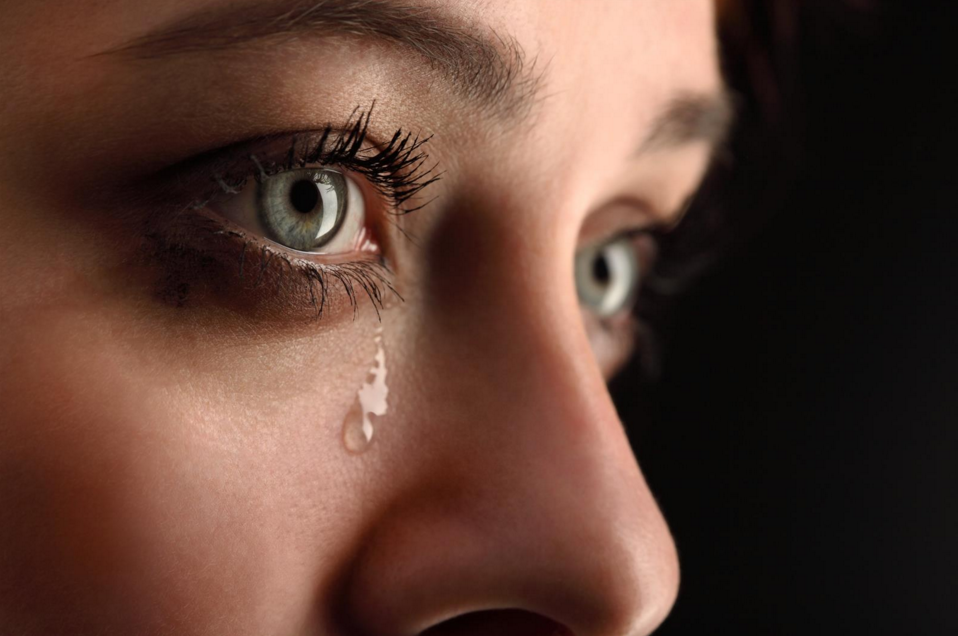 When Sufjan Stevens sings with raw vulnerability about “Death with Dignity,” or Alex G warbles about “Thorns,” or Frankie Cosmos draws you in with “Sad 2,” or King Krule weeps with deep-voiced, buttery droning through “Bleak Bake,” you are being sold an emotion just as much as a song. Naturally, a degree of sadness can be a fuel for inspiration, pushing artists into more creative realms, donating their hurting to public consumption—offering a source of relatability for the general populace, giving us solace in melancholy solidarity. Sad songs, then, are incredibly important: sobbing in the depths of the saddest song you can find on your Spotify playlist is often an unmatched catharsis. Sadness sells, and often is mutually beneficial for consumer and producer alike.

With a caveat. We love sad music, whether we’ve experienced the kind of profoundly devastating depression in the songs we listen to or not. But what about when consumers of this music who are in the latter camp—the “sadboys” and “sadgirls” who advertise their “sadness” through a glorification of this depression—make sadness something desirable, rather than a point of concern? The commodification of sadness as something attractive, in tandem with a kind of hip aloofness that can be attained only through the mysterious emotional tendencies we want to exude but would never actually want to suffer through, is worrisome.

The term “sadboy,” seen far more often in the modern cultural lexicon than “sadgirl,” is not the problem in itself, but its glorification is. So is its usage: it is often used as a thin veil, behind which a kind of self-indulgent, new form of masculinity sits. It’s a way to advertise how empathetic you can be through empty rhetoric. (Again, this is not always the case, but it’s something coming more and more to the fore–when the “sadboy” is not only not sad, but is using our image of “sadness” for his own advancement.) 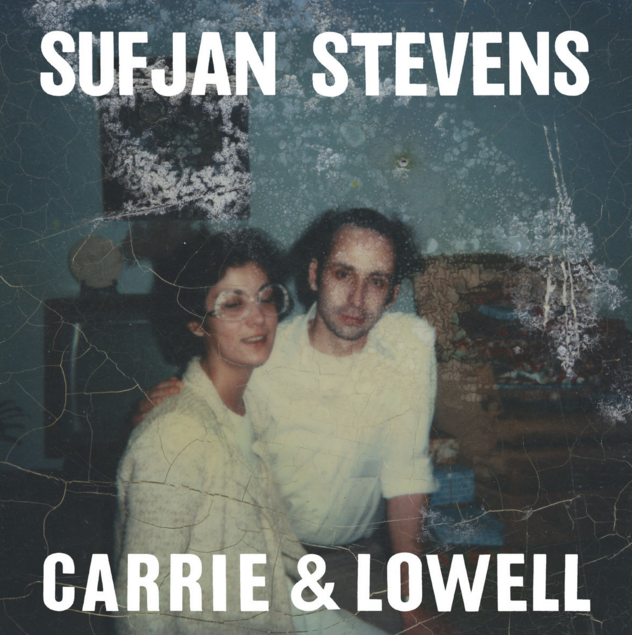 “I’ll drive that stake through the center of my heart/lonely vampire,” Sufjan whisper-sings in “No Shade in the Shadow of the Cross.” It’s impossibly tear-inducing, even if you laugh at yourself for crying. I mean, maybe that just hits you somewhere, or maybe “I will be with you when you lose your breath/chasing the only meaningful memory you thought you had left” from Neutral Milk Hotel’s “Oh Comely” stirs you, or maybe just the empty saxophone on “In Love” by Alex G destroys you. Listen to these songs that move you; that’s the best kind of music—the kind that makes a true impact.

Examine your reaction to what moves you in this way as little or as much as you want. But: if you’re going to then advertise your sadder tendencies without careful examination, put a lot of thought into how you frame it, so as to not use it as a tool for some kind of perverse superiority, glorifying what many find painful, diminishing the severity of sadness.

I am not arguing, of course, that there’s something wrong with expressing—however openly is comfortable—genuine melancholy.  (And I would certainly never question anyone’s claims about the validity of her/his own emotions—if you say that’s how you feel, I believe you, and no one should question it. The issue isn’t whether your sadness is “true” or not, but whether or not it’s being used as a tool for “cool.”) There is a huge difference, however, between open expression and superficial glorification. (A relatively recent Atlantic article explains this with regard to high school suicides in Silicon Valley.) And I do not put blame on any specific individuals, or the artists, but rather a contemporary cultural movement that capitalizes on the zeitgeist of being too cool for happiness—subtly (or not-so-subtly) hidden in Instagram captions and on Urban Outfitters t-shirts. 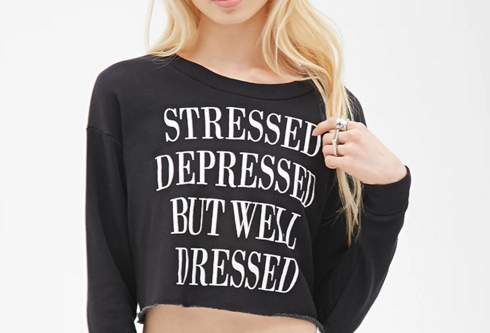 The problem in sweatshirt form, a la Forever 21. (source)

Sadness is not exclusive; we’ve all felt sad to some degree, and we know that true sadness is, by definition, not a good thing. Finding solace and comfort in your favorite sad music is not only completely acceptable, but also potentially emotionally productive and useful. People love Lana del Rey, the presumed face of the “sadgirl” movement. And that’s perfectly fine. You can enjoy sad music without identifying with it, or you can identify with it and not glorify it as a positive feeling. What I am arguing, however, is to bring attention to the problem of those who make sadness into an ostentatious, showy object of attraction because it’s “cool” because a favorite artist who is cool is also sad. Conflating sadness with coolness—“cool” by association.

Additionally, I’d like to emphasize that I am not using “depression” and “sadness” interchangeably; rather, I’d like to highlight the conflation of the two that is, frankly, troublesome: some songs that grapple with pervasive depression are reappropriated as carelessly cool, everyday sadness by (often well-meaning) listeners. 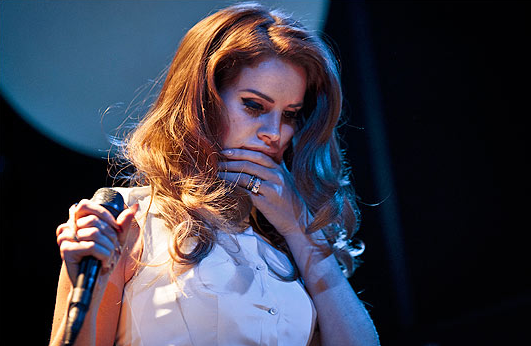 It is completely welcomed to find relatability or enjoyment in your favorite sad music even if you haven’t felt the things your favorite sad song deals with (or if you have). What isn’t fine is advertising that you’re such a #sadboy solely because you think it makes you mysterious, attractive, interesting—whatever. The diminishing of true mental illness has opened a complicated and problematic dialogue, one that pictures melancholy not as a hopeless void, but instead an attractive and open space of creativity—the latter which it often is not for many people. Everyone has a right to their emotions; everyone has a right to be sad—your feelings are irrevocably yours and meaningful and valuable. The problem is twisting the negative emotions to be desirable. There is nothing cool or attractive about sadness—there is nothing cool or attractive about depression and suicide. 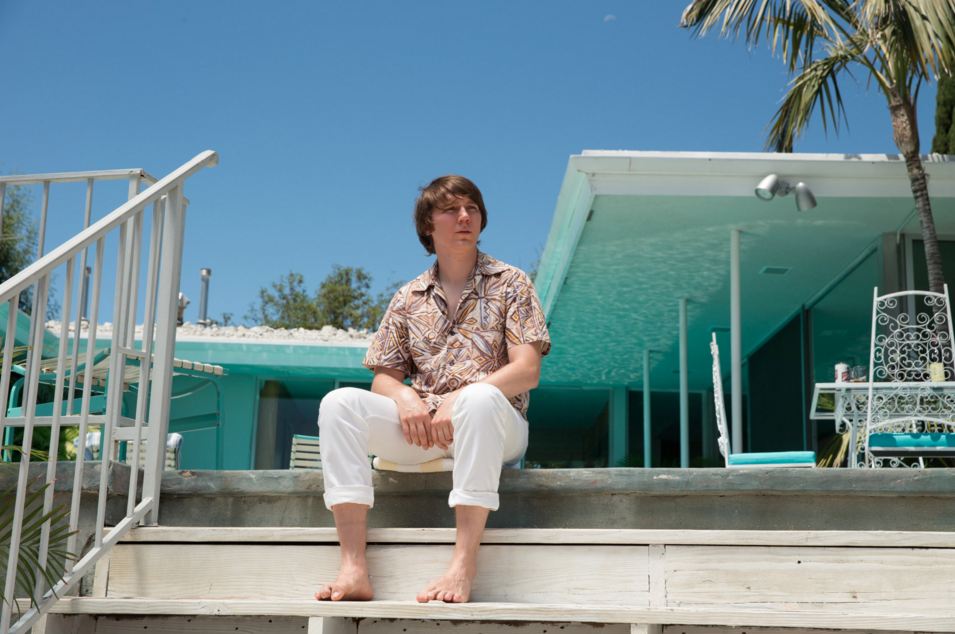 A popular notion is that genius and madness are inextricably linked, particularly in the music world. Love and Mercy, the 2015 biopic about the Beach Boys’ Brian Wilson, grapples with the genius-and-madness association—Brain Wilson was horribly ravaged by mental illness, and yet created and produced some of the most innovative and gorgeous music to enter the historical canon. It was a beautifully done film, documenting the Beach Boys’ successes and complications with finesse. It stands as a profound example of how to not glorify sadness. Until you use a quote about depression and mental illness from the movie (or one like it) flippantly to accompany an Instagram of your breakfast. (There is nuance to this: comedy as a coping mechanism that recognizes sadness as a serious and yet painfully relatable emotion is different, and often more thoughtful, than this kind of dismissive, appropriative behavior. Naturally, I am not the arbiter of what’s acceptable in this realm, but this is a dangerous trend among music consumers that I’d like to bring to light in detail.) The documentary about Amy Winehouse, Amy, drew critical acclaim for similar reasons—not to glorify famous deaths, but to show that the painful darkness in mental illness is not something to take lightly.

Even if your favorite sad song is just a crude approximation of the sadness you feel, that’s okay. If you fall deeply in love with the lyrics of your favorite sad song, that’s useful and beneficial too. If you use the song as a tool to recognize your own emotions and even to share them, then great. Just don’t call yourself a hashtag sadboy just to get “likes.” The problem is not that sadness sells, but that it sometimes sells for the wrong reasons, and down the line we consumers facilitate the perpetuating of a harmful ideal.

This is the crux of the issue: glorifying something you don’t fully understand—or maybe you do, or used to, and glorify it nonetheless—using words of depression in jest or without pondering what they really indicate, identifying as a “sadboy” or “sadgirl” because you feel like it, not because you genuinely feel it—this is the problem.  Depression is not some attractive privilege; it is not a commodity to be taken in jest. Listen to Sufjan, or Julien Baker, or Ariel Pink, or whomever—grapple with what’s truly attracting you to the words, or just enjoy it; it doesn’t matter. But be self-aware and cautious in your consumption: take your artists’ sad songs as an invitation to explore the depth in your own emotional tendencies. Don’t sell sadness for the wrong reasons. Take worrisome thoughts and habits seriously—don’t joke about overdosing on antidepressants, or worse, act like that would be a “cool” thing to do. Don’t make light of others’ emotions—or yours for that matter. You deserve more than that.