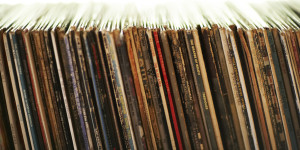 It would appear that vinyls are not nearly as old fashioned as my grandfather would have me believe. Earlier this week, the Recording Industry Association of America (RIAA) released the statistics from the past year and the sale of vinyls for 2015 was the highest it has been since 1988. The sales brought in a total of $416 million, a small fraction of the $7 billion the entire industry brings in. However, what’s notable is that vinyls, the old men of the music world, surpassed free streaming, which only made $385.1 million last year.

Streaming services are everywhere these days. We have YouTube, Tidal, and Pandora. Spotify is used all the time to make playlists for the WRVU blog and personally, I use it to make all of my playlists for my radio show. We are surrounded by it and use it all of the time in this tech savvy day. So, why isn’t it making as much as vinyl then? And what exactly does this mean for us as consumers and for the artists making the music?

For one thing, the statistic doesn’t account for the revenue that comes from paid streaming services. the $385.1 million is mostly coming from sites like YouTube, Vevo, SoundCloud, and the free part of Spotify. Paid streaming services actually brought in $1.2 billion, an expected number that puts vinyls to shame. I say expected because of how widespread these services are. Despite this fact, it is clear to see that vinyls are making a pretty epic comeback.

The RIAA made the claim that the vinyl’s staggering numbers just show how much money streaming services are holding back and how little it is giving to the artists. Streaming services have been in the news a lot in the past few months because of this issue, and some artists are now declining to allow their music to be on there (most notably Taylor Swift and Adele).

While I do think there may be some truth here, I think there is another explanation for the rise of vinyl: You see, somehow in the past few years, vinyl became cool again. We know longer have to go scrounging through a thrift store to find a record player. They’re actually pretty widely available at various stores like Walmart, Barnes & Noble, and Urban Outfitters. Thanks to Amazon Prime, I could get one delivered by Tuesday. The records themselves are everywhere too. Barnes & Noble now has an enormous section dedicated to records. Bands at concerts have started selling vinyl at the merch table. Also, it is very common now for bands to release special edition vinyls with fancy designs and possibly a surprise bonus track. Plus, there is now a whole day dedicated to vinyl and the old hipster stores that sell them called Record Store Day (which is on April 16 this year in case you were curious). Point is, the numbers shouldn’t actually be that surprising. Vinyls are still very much around. They are even prominent in the WRVU studio where we have an enormous bookshelf full of them and a record player that lets us play vinyls over the air.

So, what does this all mean? For one thing, if you’re in a band, you better start telling people to buy the vinyl because apparently that is where your money is going to come from. The RIAA does kind of have a point; not a lot of money is going back to the artists. But, I think this is also a sign of change in how consumers are appreciating music now, which then impacts the industry. Streaming isn’t going anywhere anytime soon. But clearly neither is vinyl. While we love our fancy technology such as streaming services, these statistics show that we greatly appreciate some of the older things in life, such as a classic vinyl. And that nothing can ever beat that wonderful moment of coming home and putting your favorite vinyl on a record player. The experience is completely different than listening to something coming out of your laptop. And maybe I’m just crazy, but sometimes it sounds better too. It would appear that a lot of people agree with these statements considering the high sale numbers for vinyl.