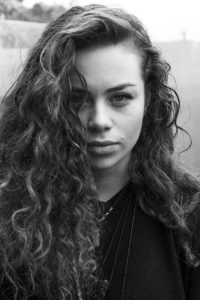 The “one-person-band” known as Tash Sultana rolled through Nashville last Friday as part of their Flow State World Tour, named after their new album released at the end of August. An Australian native, Tash Sultana fuses psychedelic rock and slow, swinging reggae to create an ethereal environment that invites the listener to get lost in the sound. Tash’s captivating music has gained them avid followers worldwide, who have been known to jump the barricade after the show in order to get closer to the artist.

Naturally, as a solo performer, Tash set up their tracks piece-by-piece, usually starting with a chord progression on guitar that is synced to a loop pedal, and then adding a tight, crisp drum beat or guitar riff. If Tash wanted a bass line, they would use a pedal that would make their guitar sound an octave lower, thereby extending the range of the guitar and adding an interesting timbre to the riffs played on the B and high E strings of a guitar, which are not found on a traditional bass. Tash commanded their pedalboard with great proficiency, and all with bare feet.

Since each element of every song was set up with time and care, there was not much time for Tash to engage with the audience outside of performing. The few times they did, Tash preached messages of equality, especially concerning LGBT+ rights. They talked about the difficulty of performing in Singapore as a gay person and a foul-mouthed cursing Australian, as both attributes were illegal in the country (not the Australian part—Tash just said that cursing came with the territory of growing up Down Under). They said that anyone who wasn’t okay with homosexual or transgender people were not welcome at the concert.

Although once using she/her/hers, Tash now prefers “they” pronouns. With their first-hand experience with gender fluidity and their rebuke of potential transphobic patrons, it was very surprising to see them exclude non-binary persons from a classic audience-engagement trope: the boys vs. girls singing competition. Tash prompted the girls to sing the chorus of their hit song “Jungle,” and then had the men do the same shortly after. There was a long pause after the boys had finished, and I expected Tash to say something like, “now if you don’t belong in either category, sing.” But instead, she just contemplated for a minute and said, “I think the girls won.”

Ultimately, Tash captivated every member of the audience—boy, girl, in-between, or neither. Each new instrument they pulled out was welcomed with jubilant cheers from the audience. A crowd-favorite moment of the night was when Tash began to play a pan flute while beatboxing at the same time. But their proficiency in guitar was the most impressive, and Tash exploited that with a 15-minute solo encore to finish out the performance. No one jumped the barricade after the set, but there was no doubt that the one-person-band left War Memorial Auditorium in both an energized and euphoric state.