The worlds of folk and Americana music are, at best, in constant struggle between the future and the past.  While some folk bands cling to what is familiar, the finest artists see the past as a springboard into fresh new sounds.  This was the case with Bob Dylan’s iconic Newport Folk Festival controversy, as it was the case with Fleet Foxes’s breathtaking 2017 album, Crack-Up.  Goes West by William Tyler joins this pantheon by continuing not only to push the envelope, but also to open it and slide a letter of his own inside.

The solo acoustic guitar that opens the album places us into relatively familiar terrain, until it is joined by a bloom of watery organs and synths, crisp drums, and electric slide guitar, granting the listener a glimpse of what’s to come on the rest of the album. 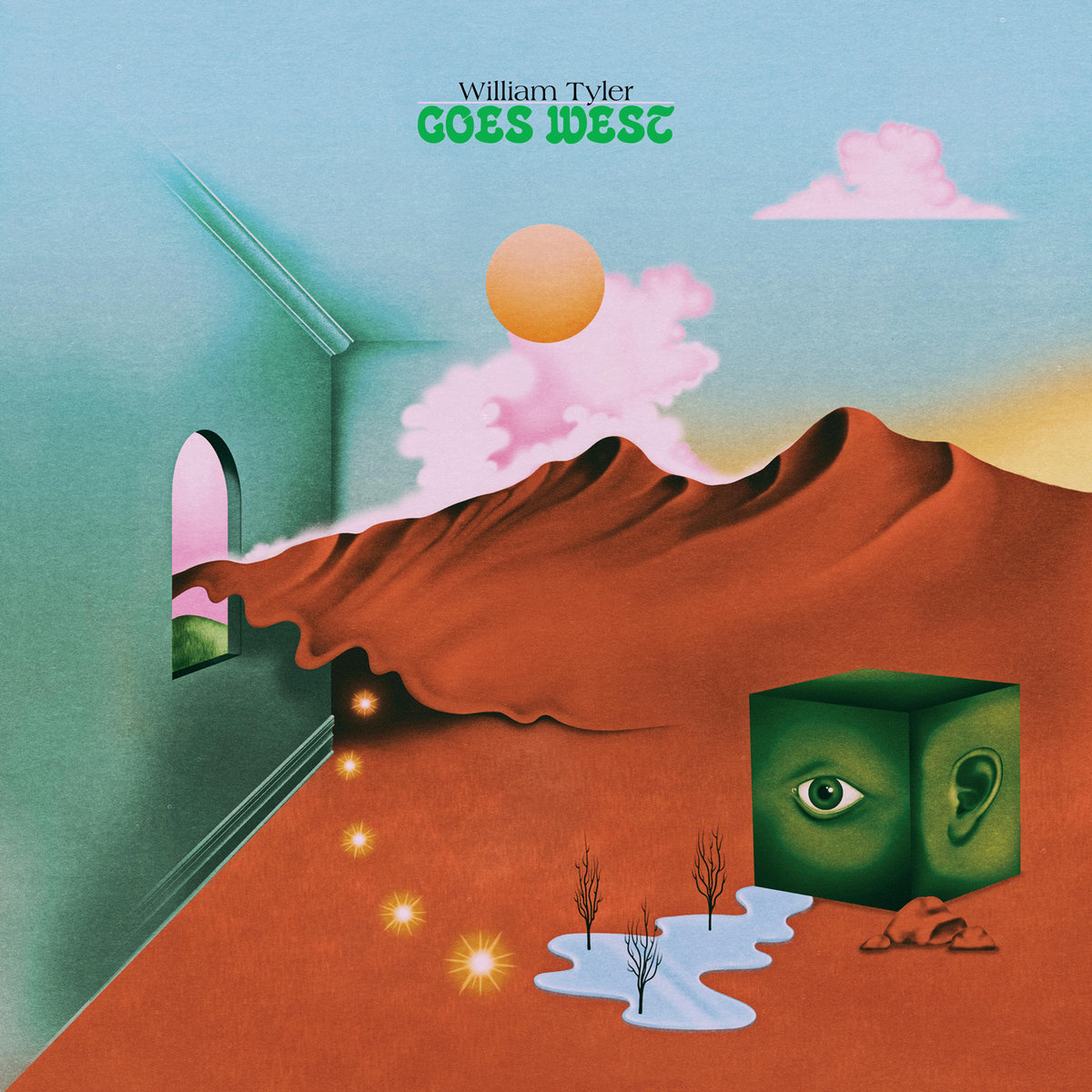 The album becomes increasingly transportive, hypnotic, and unique, as Tyler recontextualizes melodies over varied chord and rhythmic structures, always challenging the ear with subtle new instrumentation.  The aesthetic established by the cover art is matched gorgeously in the music, presenting stretches of windy isolation and contemplation, often building to moments of bliss that do really feel like finding an oasis in the deserts of the west.

Tyler smoothly glides past the problems that sometimes plague instrumental albums.  It’s always engaging – each track here is distinct yet contributes to a cohesive listen, while Brad Cook and Tucker Martine’s production, engineering, and mixing help to really immerse the listener into the world of the album.  Cook also contributed to the beautiful War on Drugs record, A Deeper Understanding, and I feel his approach on Goes West is among his best work.

Goes West is structured expertly.  Each song always seems to build toward the next, until finally climaxing in a solo by a particularly tortured electric guitar in the penultimate track, “Man in a Hurry”.  The final track, “Our Lady of the Desert” sensibly and emotionally brings the listener back home in what is an immensely gratifying bookend to the album.

I’m certain even more of Tyler’s textural and melodic genius will reveal itself upon future listens; I cannot recommend an album more strongly.