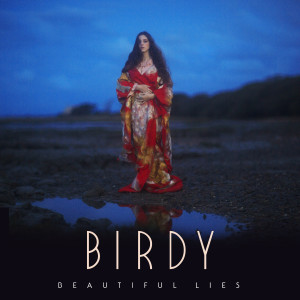 The 19 year old artist’s birth name is Jasmine Lucilla Elizabeth Jennifer van den Bogaerde—very pretty, but very long. She decided to use her lifelong nickname “Birdy” as her stage name. The majority of her songs are backed by soft piano and guitar, with her powerful, yet delicately raw, alto voice always the main focus.

Her talent first garnered her attention when she won the Open Mic UK competition at just 12 years old, and her career took off two years later following the popularity and critical acclaim of her cover of Bon Iver’s “Skinny Love.” She’s been touring and recording ever since. Her music has been featured in The Vampire Diaries series, Grey’s Anatomy, and the motion picture The Fault in Our Stars. 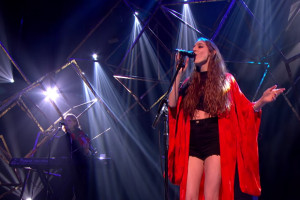 Beautiful Lies is essentially made up of anthem after anthem of soothing self-empowerment for the heartbroken. The album is strong from start to finish, and touches on the fragility, pain, hope, denial, acceptance, and existential crises surrounding both the conflict with/the loss of a loved one. My top 5 tracks on the album, complete with the most notable lyrics, are as follows:

You could lose yourself and search forever
Looking for the person that you’ll never be
Breathe in, try to compensate, time to learn from our mistakes

Maybe one day we’ll fit back together
I’ll pick up the pieces and will rearrange
Now we need to follow fate, now we look beyond the way

I don’t know if you mean everything to me
And I wonder, can I give you what you need?
Don’t want to find out, lost it all
Too scared to have no one to call
So can we just pretend?

Our human hearts forget how strong they are
And they get lost along the way, hey
It’s not giving up, it’s letting go
And moving to a better place

And the bittersweet of every new defeat
Is I’m stronger than before
Baby, on my knees, but I still believe
These broken wings will soar

Birdy’s new album speaks to you, no matter what you’re going through. Finding solace in the beauty of her sound and the poignancy of her lyrics requires no effort; just open ears and an open heart. Beautiful Lies will help heal your heart and–as she sings in “Keeping Your Head Up”–“ease your mind.” If you’re in desperate need of “mood music,” I promise, Birdy gets you and has exactly what you need to hear wrapped up in the lovely vessel of her voice. Don’t be skeptical–just listen. She’s what one might call #relatable. Want solid evidence? According to Billboard, “her favorite junk food is McDonald’s, and her go-to order is chicken nuggets.” Same, right? 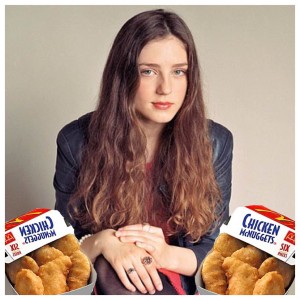 Check out Beautiful Lies for yourself: