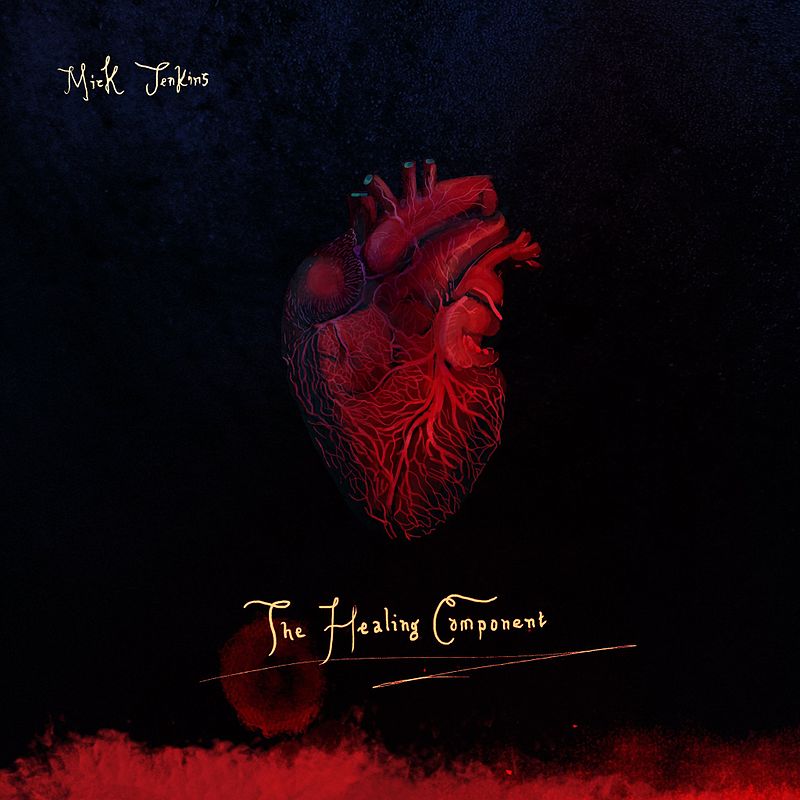 Mick Jenkins, the 25 year-old Chicago rapper, has finally done it — just a week ago, after almost a half-dozen mixtapes and EPs going back to 2012, his debut album, The Healing Component, was released by Cinematic Music Group. It’s a record that channels the youth and vigor of modern Chicago rap in the best possible way.

For one thing, the record reflects this regional influence in its features alone: Chicago vocalist and producer theMIND (who also collaborated on Chance the Rapper’s Coloring Book) sings on three tracks, R&B singer Ravyn Lenae has a late-album feature, and rapper/poet Noname has a featured verse as well (sidenote: her new album, Telefone, is absolutely phenomenal). Both in terms of its features and thematically, Jenkins’ album definitely feels like a cog in the larger machine that is the Chicago coterie, while still maintaining his unique identity, even carrying with the iconography of water that defined his previous mixtapes.

A fairly sprawling album, with 15 songs clocking in at just over an hour, there’s a lot of ground to cover in The Healing Component. That said, here it goes.

“The Healing Component” – The album opens with a skit, featuring Mick Jenkins and an anonymous woman discussing the question of just what “the healing component” refers to, a recurring motif. The dialogue quickly gives way to loose production and, almost immediately, Jenkins’ first verse of the album. The song plays off the double meaning of “the healing component,” with the hook, celebrating “THC,” juxtaposed against Jenkins’ insistence of something more meaningful and enduring present within the phrase. a mid-song and ending skit make the opening track a little bloated and overwrought, but the album certainly opens with a bang.

“Spread Love” – Featuring Jenkins’ rapid-fire flow and an uplifting hook, this one wears its message on its sleeve, channeling the good vibes of so many other young Chicago rappers. The production is smooth and a little retro, with funky synth lines ornamenting the backbone of the beat here and there. This one’s a standout.

“Daniel’s Bloom” – Purportedly stemming from an argument Jenkins had with a friend, at the end of which Jenkins told his friend he would “pray for him,” this track exemplifies the persistence of Jenkins’ thematic staples, even in the presence of contradictory delivery. Here, Jenkins’ flow and delivery is aggressive, almost angry, as if recounting the strife of growing up around drugs and violence, and the production is minimalistic and menacing. But the hook confirms Jenkins’ thematic center of forgiveness, love, and empathy. It’s catchy, emotional, and lyrically engaging.

“Strange Love” – Mick starts this one by going off for a little over two minutes straight, with only the most sparse production accompanying him. His wordplay is on point and his message is palpable, with a rich vocal chorus punctuating the opening rap crescendo. The track ends with an ethereal two minute outro, mixing instrumentation, vocals, and verses together quite well.

“This Type Love?” – Back to Mick and the anonymous girl from the first track talking about love. Functions, intentionally or not, as a nice interlude into the feature-driven part of the album.

“Drowning” – This one’s produced by BadBadNotGood, a trio of Canadian instrumentalists who frequently collaborate with rappers such as Tyler, The Creator and Danny Brown. Given their track record, you know this one’s gonna deliver. The descending bass and guitar lines and sparse percussive elements give the song a subtly mischievous feel, and Mick Jenkins demonstrates some interesting vocal range here, with good portions of the six minute song sung in falsetto. Not recommended for those looking for straight bars, this track nonetheless stands out as true experimentation.

“As Seen in Bethsaida” – Probably the most out-of-place song on the album. It’s a tight two-minute song with thumping, prominent production, and a fairly simple verse/hook/outro structure. Not forgettable, but nothing particularly special here either.

“Communicate” – This track is produced by Kaytranada, and it sounds like it: evoking the cadence and feel of neon-laden house music, this is probably the most danceable track on the album. It also feels an interesting vocal feature from Ravyn Lenae, making the song even more catchy and memorable. One of the best songs on the album.

“Plugged” – With tender, soft instrumentation and a hook that sees Mick Jenkins claimed he “might have what you want,” this track masquerades as a love song, and perhaps that’s the point — the only difference being that Jenkins is rapping about about a worldly, global love that transcends individuals. I found this to be the catchiest hook on the album, and this is probably also one of the best showcases of Jenkins deft wordplay on the album (see: “Forrest Gump the culture, how you not gonna have the / gumption to love yourself?”).

“1000 Xans” – Though the whole album is scattered with allusions, this is probably the druggiest song on the album, both lyrically and musically. Again produced by Kaytranada, the beat is psychedelic, and Jenkins finds a way to simultaneously celebrate and lament the presence of drugs in his life. The hook, sung by theMIND, is infectious, making this track one of the strongest on the album.

“Prosperity” – I found this one pretty forgettable. TheMIND gets an entire opening verse here, which seems out-of-place given his usual role as vocalist, the beat feels cluttered and disjointed, and Jenkins’ verses left me unimpressed. Clocking in at almost 5 minutes, it overstays its welcome while remaining uninteresting.

“Fall Through” – This track seems to further confirm my theory that Mick Jenkins is better when he’s rapping, not singing. While an early verse sees him wax political, it’s precipitated by an uninteresting vocal hook, then followed by a pre-hook, hook, short verse, and outro. Not my thing.

“Love, Robert Horry” – A remedy for my above comments. A chorus of harmonizing female vocalists declaring that “love is real” opens the track, only to be followed by three and a half minutes of verses, first from Mick Jenkins, then from feature J-Stock. The beat is straightforward, tangible, and yet a little glitchy at times. Jenkins’ flow is on point, and J-Stock’s verse is serviceable as well.

“Angles” – Ah, finally, the Noname feature. She absolutely kills it on this track, providing her verbosity and dense, even disarming flow to a track already made strong by the powerful vocal hooks of Xavier Omar and lurching violin lines that underscore the production of the last third of the song. The presence of Jenkins’ own strong verse makes this possibly my favorite song off the album.

“Fucked up Outro” – What a great end to the album. The production features some sped-up gospel vocalists that sounds like tripped-out 2004 Kanye, and is pretty darn catchy to boot. The structure is simple, with two Jenkins verses punctuated by a hook, and an outro in which Jenkins speaks directly to the audience, explicitly conveying the message of love and faith that so defines this album. It’s a powerful end to a powerful album and one of the best hip-hop releases of 2016.