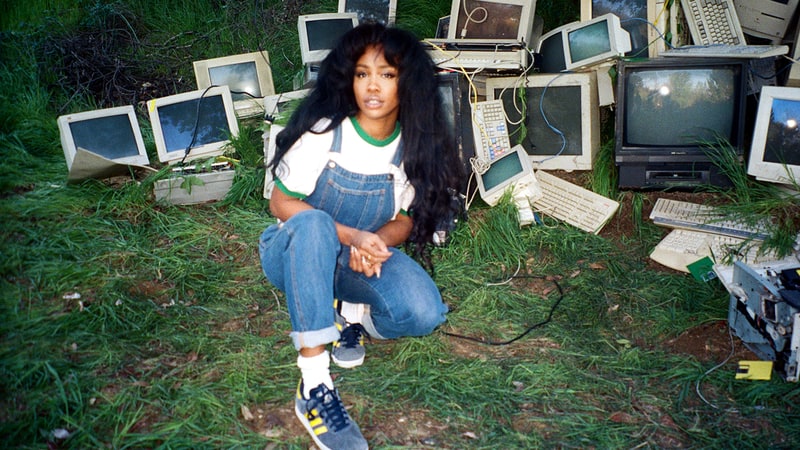 SZA’s Ctrl, released June 9th, 2017 on Top Dawg Entertainment, is widely about the endless personal journey towards understanding and balance in life. SZA, born Solána Rowe, writes about her own personal challenges, blessings and limitations and how they’ve each shaped her ability to maintain her autonomy. Reflecting on the advice and support of her mother and grandmother, provided for listeners in the form of audio clips interspersed throughout the length of the album, SZA navigates tides of uncertainty.

The defined idea of constant analysis of one’s own life to find direction dates all the way back to the ancient Chinese philosophy of Daoism. In Ctrl SZA’s primary ideas can be compared to Daoist concentrations on understanding the true nature of reality, ordering one’s life morally, and regulating one’s consciousness. In a sense it’s the idea that there exists for each individual an unidentified blueprint for a perfected mindset and a perfected way of life. As we see through SZA’s experiences human imperfection, especially its manifestation in communication and in relationships, renders her own personal journey for control seemingly futile, yet falsely so.

The beauty behind SZA’s message in Ctrl is that rather than give into the stresses of her life, namely the self-doubt both in private and public settings (an approach she had considered before), SZA instead opted to find foundation and stability through introspection and rumination of the words of both her mother and grandmother. The album reads like therapy session, constantly moving between insecurity and stability, chaos and control, confusion and wisdom, ultimately leading to her finding balance through the teachings of her elders. One of the first clips SZA includes is of her grandmother, who recounts:

“Solána, if you don’t say something, speak up for yourself/ They think you stupid, you know what I’m saying?” (from “Love Galore”)

SZA shares with listeners this lesson that despite the circumstances it is never right to let your autonomy be taken from you. She recognizes and accepts that, when applicable, it is always better to act so as to prioritize your interests. Seemingly converse to this, SZA chose to include a clip of her mother, who talks about natural limitations:

‘We take things, and my influence so far, and then it’s out of my hands. And, y’know, while as I said it can be scary, it can also be a little bit comforting. Because I’ve learned that when I get to that point…I can acknowledge, “Okay, Audrey, that’s as much as you can do,” I can actually let it go…” (from “Doves in the Wind”)

SZA strives for the line between doing all that she can and recognizing the point that she’s done all she can. This in itself is an approximation of the Dao (the Way): recognizing that it is your duty to advocate for yourself and order your life to the best of your ability, but also accept the things out of your ‘control.’ The humbling recognition of the latter is in a way the ultimate in human maturity. The permission that you are at the will of the universe just as certain things are at your will, and that’s okay.

Listen to SZA’s Ctrl below: