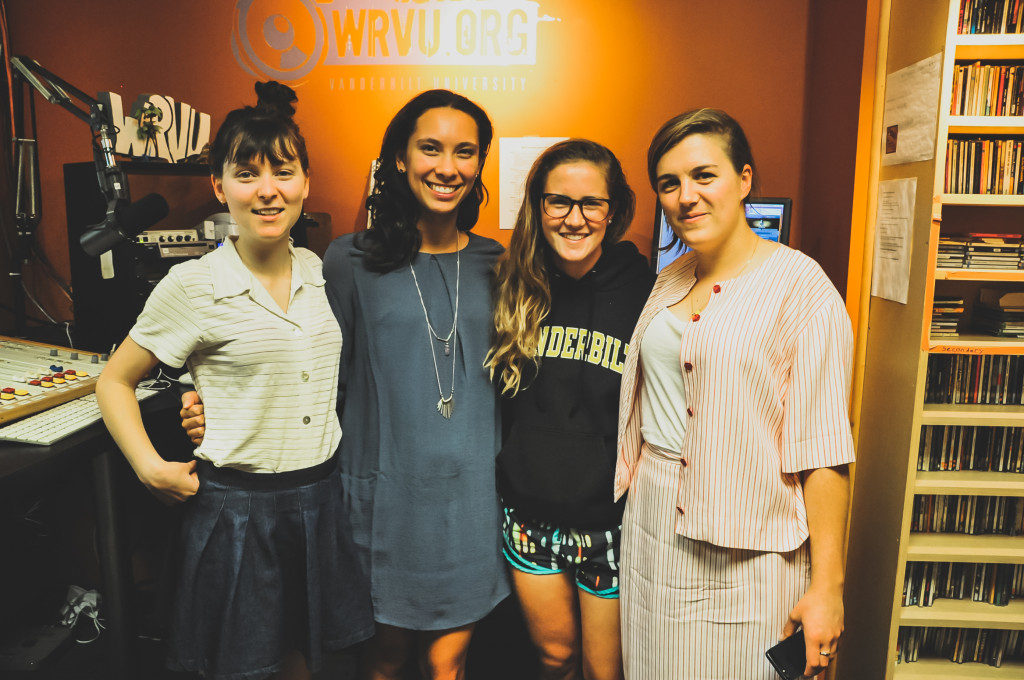 Once in a while, you don’t get to do your interview in person. But, behold! That’s alright thanks to the Internet. This week, through the flexible avenue of gmail message threads, I had the privilege of interviewing one of our senior DJs Julia Anderson.

Sometimes the fact that you don’t get to meet in person isn’t such a bad thing. In Julia’s case, she was hustling through job interviews all week, not to mention that she’s one of WRVU’s most prized DJs and E-staff members ~ so I consider myself glad to have caught a moment of her time.

As a formality, what’s your name again?

What’s the name of your show?

Does your show have a theme?

Not necessarily, but I do try to set it up so the first half of the show has new music or more recent releases, and then the last half is a mish-mash of what I’ve been listening to that week/personal preference. I got the name of the show from one of my favorite songs by Spiritualized since I thought it captures the essence of what you want to hear when you turn on the radio – good (cool) songs (passed through the radio waves).

Do you play only certain genres // or //are there genres you find yourself leaning towards or staying away from?

I used to stay away from rap entirely because I was iffy about the censorship issues, but I’m happy that there are more options on rotation now. Again I actively try to stay current with the music, but I would say that many of the things on rotation fall under the classic “indie” genre. I’ve also been experimenting with using songs off soundcloud more instead of just the usual on Spotify.

Do you have any favorite Soundcloud artists?

Some of these people aren’t really new, but I’ve been finding more of their stuff through their soundcloud page: DJ Harvey, Skream, Goldroom

Top three albums/songs (your choice) that would characterize your show as a whole?

I’ll do albums since choosing individual songs is difficult:

Since I Left You – The Avalanches

Essentially, these display my favorite genres/sub-genres of shoegaze, trip-hop, and indie/garage rock, which is what I have been listening to a lot lately. They all would fall under the category of “cool waves” the classic sense, or at least the way I see it. Music that flows well lyrically, or perhaps cohesively despite being mashed-up, and music that puts you at ease and makes you think. 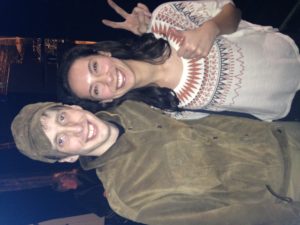 Julia with Bradford Cox from Deerhunter

When does your show air?

Do you have a cohost/do you ever invite cohosts?

I sometimes invite friends to the station to check it out during my show, but I haven’t really had a cohost before.

What year are you?

And where are you from?

I’m from Falls Church, VA which is right outside Washington D.C.

Yes, I definitely took it for granted while growing up though. Being in such proximity to our nation’s capital is something I’ve grown to be proud of especially since I have been away from it while here at Vanderbilt.

Would you move back?

Haha not anytime soon, no. I find that the politics of DC ooze into the politics of daily life in the area, which I find troublesome and insidious. I do love going back to see friends and catch a show at the 9:30 club, which may still remain my favorite venue of all time despite my incredible experiences at the Exit/In and Marathon Music Works.

Love it! Everything I would have wanted from a college town. Has just the right balance of things to do throughout the week, restaurants to check out, is not too far from some great outdoor spots (camping, hiking, climbing), and of course the music scene has been fantastic. 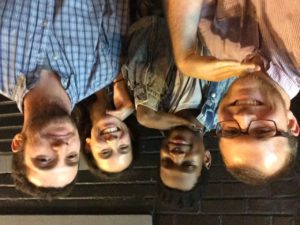 I went to see Dan Deacon at a venue in East Nashville called the East Room last fall. If you’ve ever seen a Dan Deacon show (check out Youtube now!) it is wild.  The strobe lights are ridiculous, the speeches he gives before certain songs are hilarious, and the best part is that there is always audience involvement. For one of his songs “When I was Done Dying” he divided the crowd into two parts, picked one person from each side to be the “leader” and this leader had to perform an interpretive dance to the lyrics of the song, and each of their respective sides had to copy them. Needless to say it was a mix and mash of outrageous dancing but it was so so much fun! Oh I almost forgot, before the show there was a whole backyard area dedicated to new age activities (think crystal healing, acupuncture, lots of pipes for sale, and trippy artwork). I actually got to shake Dan’s hand and meet him briefly before the show too!

You’re in a car full of people you don’t know super well but you want to impress them. They pass you the aux cord. What song do you play?

I’ve often thought about this question… I’ve been very pleased with my Discover Weekly playlist as of recent and I have a playlist of all the good songs I’ve found off of that. I’m really into this song called Reconstruct by Photay. I’ve been telling so many of my friends to listen to it and none of them have been disappointed – yet.

So, either here or back home or wherever – what has been your most memorable concert experience?

The first time I saw Animal Collective at the 9:30 club was an unreal experience. Not only are they my favorite band, but this was at my favorite venue. They were there for 3 days in 2013 and sold out every single day. I was lucky enough to go to the second day and it was mind-blowing. It was the first concert where I really felt immersed. Mind you I was a senior in high school, so I had only been to a couple of concerts before that. The absolute best part of the concert wasn’t the concert itself, but what happened after. Last year I found out that Animal Collective was releasing a live album called “Live at 9:30.” When I first heard this I thought… “no… it couldn’t be… I was there?!” and sure enough the album was recorded the third night (alas I was the night before, but they played an almost identical set!) of the show! I immediately ordered a limited edition box set of the album and have now immortalized my favorite band’s performance at my favorite concert venue. I like to think I’ve reached the peak of musical fandom with this one.

Can you tell me more about the 9:30 club? What makes it such a good venue?
9:30 club to me is this magical place where my adventures with music all began. So for me it has a personal significance as I was able to experience a “real” concert for the first time while I was getting into the music scene during my high school years. However, it is also critically acclaimed as one of the best “big rooms” in the country. (http://www.rollingstone.com/music/lists/the-best-big-rooms-in-america-20130425/9-30-club-in-washington-d-c-19691231) Like Exit/In and other historical venues, it has been able to capture some of the best artists at just the right time. I think their ability to foresee the launch of artists and then book them as they are getting big is what makes them so special. I saw Tame Impala there right after they released Lonerism and I don’t even think it was a sold out show. They weren’t even that good live! (Kevin Parker had the stage presence of a rock/didn’t show much emotion at all). But as you can see, they are now world-renowned artists and the 9:30 club caught them as they were on the rise.
When did you start at WRVU?

I started as a freshman my first semester training. The training took much longer back then but I was with my first show starting second semester.

Do you do anything else for/with the station?

I’m the publicity director now and that means I am in charge of handling the ticket giveaways and promotions with certain agencies and venues in Nashville. I love being able to connect the Nashville community to Vanderbilt in some way and this is the best way I can do so.

I think most other DJs at WRVU would appreciate my show, but as for the greater public, I think anyone who is looking for some new music, as well as exploring some interesting sub-genres of alternative and electronic music would definitely find something that catches their attention.

WRVU has easily been the coolest organization to be a part of at Vandy. Freshmen take note.

I stalked Julia’s Spotify account and found one of her public playlists to attach here: